Thick fog fills cabin on Delta flight prior to takeoff 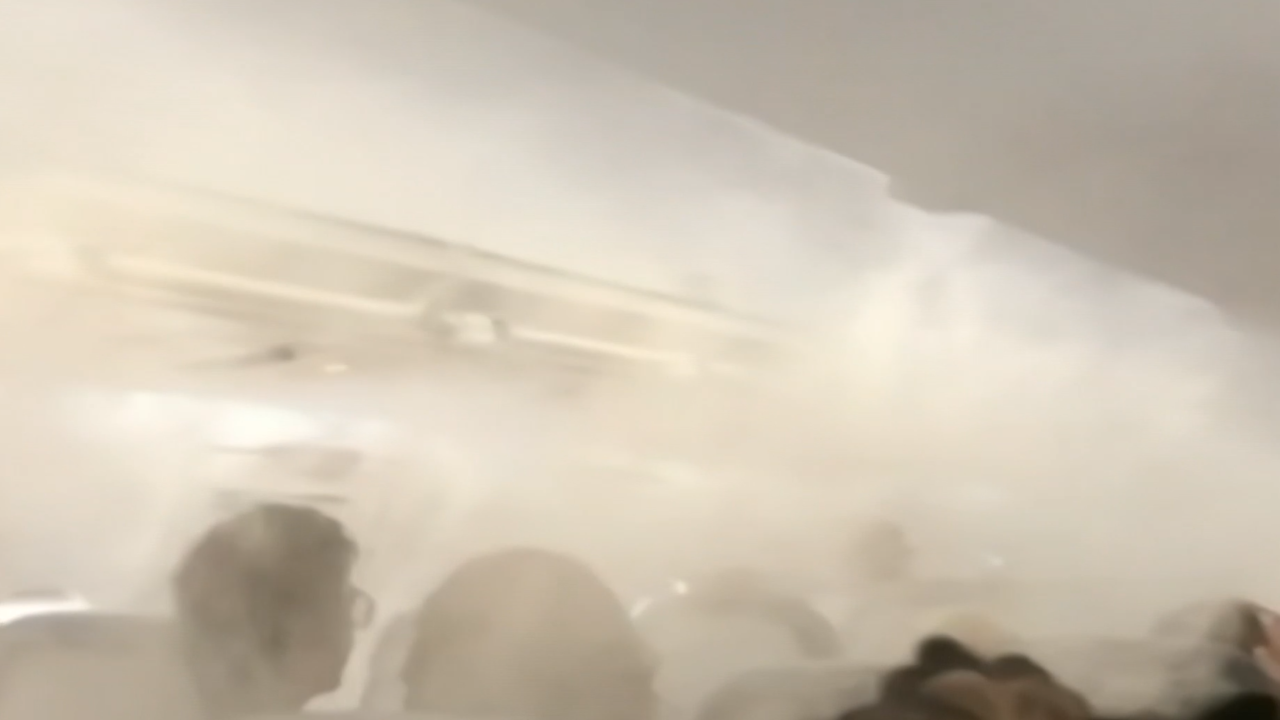 Passengers on a Delta flight say they were alarmed by fog that filled their plane prior to takeoff.

The plane was on the tarmac in Jacksonville, Fla. preparing to fly to JFK in New York on Aug. 10.

Amanda Goncalves, of New Jersey, was among the passengers that took cell phone footage of what she described as "intense fog" that she understood to be related to condensation and humidity.

She says the crew joked about how they were preparing for Halloween, but they didn't explain what was happening.