Oregon teen to receive $25K, apology after he was suspended for wearing border wall T-shirt 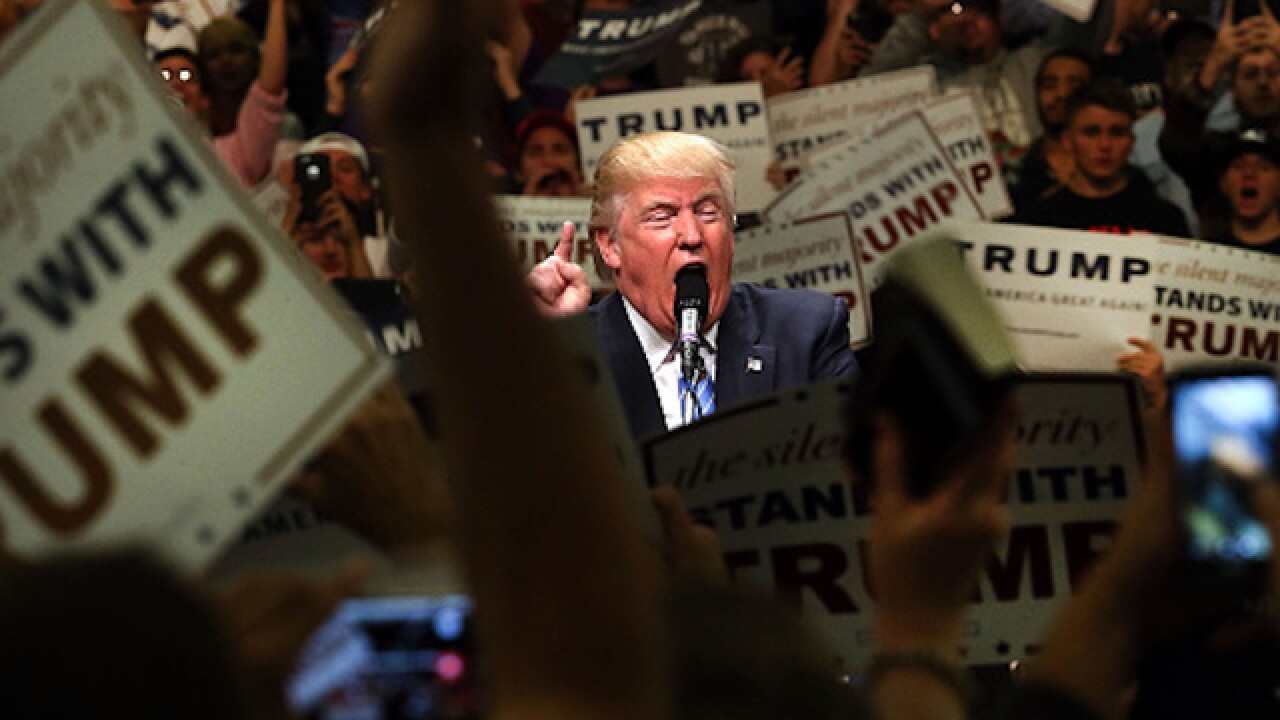 Image copyright 2018 Getty Images. All rights reserved. This material may not be published, broadcast, rewritten, or redistributed.
Spencer Platt
<p>ANAHEIM, CA - MAY 25: Republican presidential candidate Donald Trump speaks at a rally on May 25, 2016 in Anaheim, California. The presumptive Republican presidential candidate is on a Western campaign swing. A rally in Albuquerque, New Mexico turned violent on Tuesday, leading to at least one arrest and several injuries, police say. (Photo by Spencer Platt/Getty Images)</p>

An Oregon teenager who was suspended from school for wearing a T-shirt in support of President Trump's border wall will receive $25,000 to pay for legal fees and a written apology from his school district.

According to the Oregonian, 18-year-old Addison Barnes was suspended from Liberty High School in Hillsboro for wearing a "Donald J. Trump Border Wall Construction Co." T-shirt to school earlier this year. The T-shirt also included a quote from President Trump: "The wall just got 10 feet taller."

Barnes sued the Hillsboro School District (including Liberty High School itself and the school's principal), claiming the suspension violated his First Amendment rights.

A federal judge ruled in Barnes' favor in May, issuing a restraining order against the school that would prevent it from taking disciplinary action against Barnes for wearing the shirt.

Barnes' attorney and the school district settled the case on Tuesday.