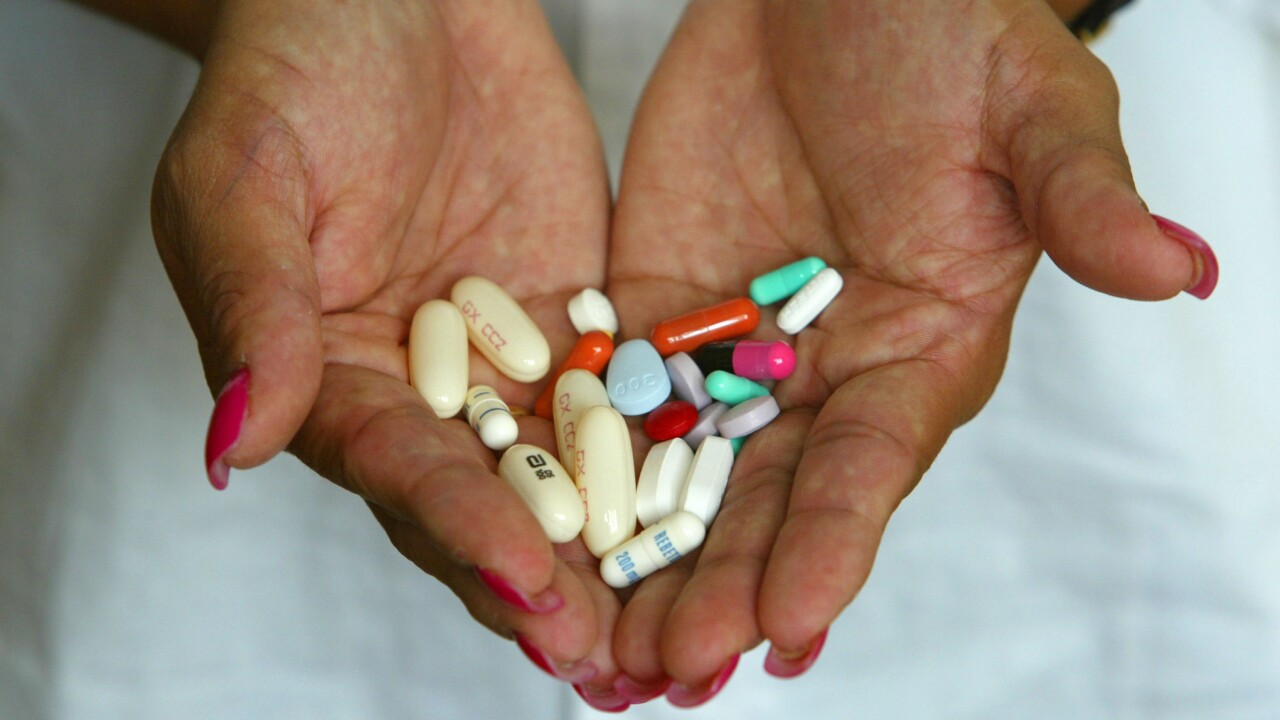 One-third of uninsured Americans did not take their medicine as prescribed to try to lower their costs, a new government report found.

The high price of prescription drugs is among the nation's top concerns. Drug makers are facing increased scrutiny from the Trump administration and lawmakers, especially amid reports of people dying because they can't afford their medicine.

In 2017, nearly 60% of adults aged 18 to 64 reported being prescribed drugs over the past 12 months, according to the study from the Centers for Disease Control and Prevention, released Tuesday. The report looked at strategies people used to lower their costs, including asking their doctors for cheaper medicine, not taking the medicine as prescribed or using alternative therapies.

Those with private insurance were better able to afford their drugs, with only 8.4% not taking the medication as prescribed. Some 12.5% of Medicaid enrollees resorted to this step.

Overall, 11.4% of non-elderly adults did not follow doctor's orders on drugs in order to lower their costs.

Even more people -- nearly one in five -- asked their physicians for less expensive options, the report found. This was especially true among the uninsured, 40% of whom made this request.

Just over 5% of folks overall used alternative therapies, including nearly 14% of those who lacked insurance.

Women were more likely than men to try to reduce drug costs.

The CDC study adds to the growing mountain of evidence showing that Americans are struggling with high pharmaceutical prices.

Nearly 80% of Americans feel the cost of prescription drugs is unreasonable, according to the Kaiser Family Foundation's February tracking poll .

Among those currently taking medicine, about one-quarter of adults, and nearly the same share of seniors, said it was difficult to afford their drugs, Kaiser found.