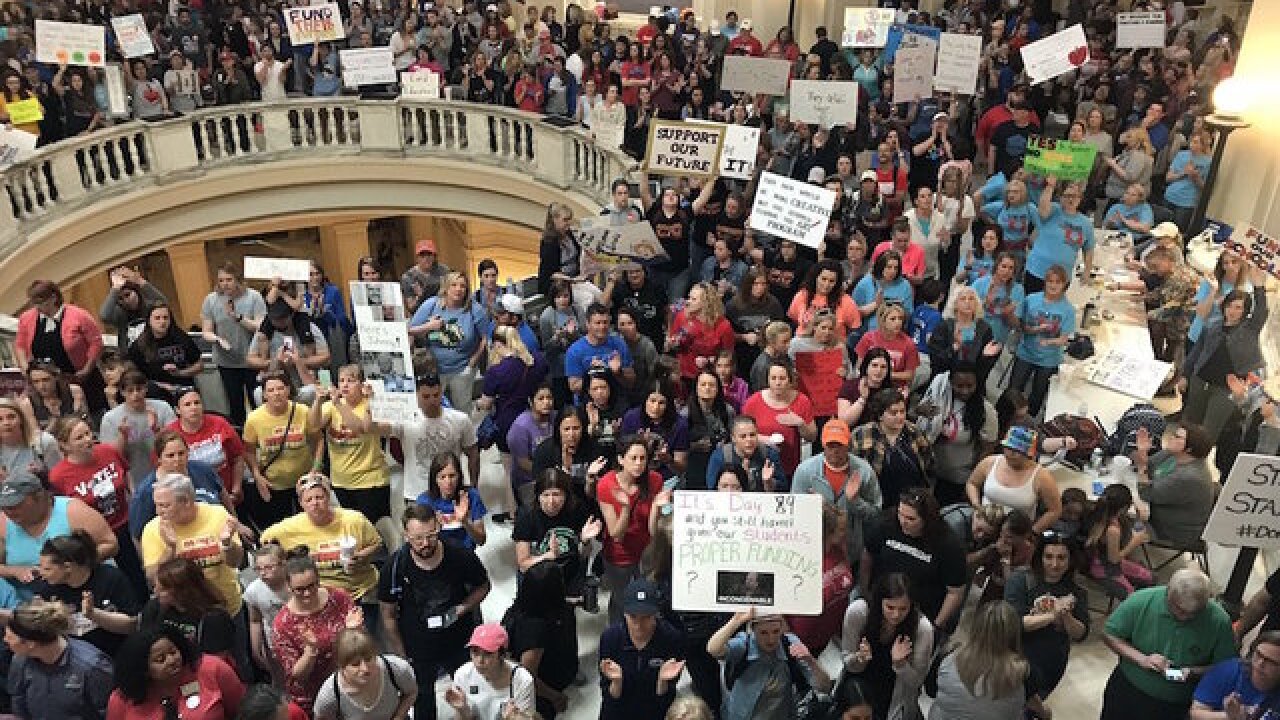 After getting $479 million in funding for the next school year, the OEA decided to end the walkout, Priest said in a news conference, though the funding falls short of what they'd hoped to achieve.

"We need to face reality," Priest told reporters. "Despite tens of thousands of people filling the Capitol and spilling out onto the grounds of this Capitol for nine days, we have seen no significant legislative movement since last Friday."

Priest said the OEA had been in negotiations with lawmakers in both the Oklahoma House and Senate, but it became clear that "Senate Republicans won't budge an inch on any more revenue for public education."

The OEA had been polling its members throughout the walkout, and Priest said that by Thursday, 70% of respondents indicated they were unsure of continuing the walkout.

Priest claimed Oklahoma teachers had secured a "victory." Reporters at Thursday's news conference pressed her, pointing out that the union gained little, if any, additional funding than what they had before the beginning of the walkout.

She pushed back, saying, "We also got funding afterwards."

Before teachers walked out on April 2,  Gov. Mary Fallin signed a bill  giving teachers a $6,100 raise. The OEA had called passage of the bill a "truly historic moment," but said it didn't go far enough. They wanted that figure to be $10,000.

Fallin also signed a bill that raised education funding over the next fiscal year by $50 million. The teachers' union also wanted that number to be higher.

"This fight is not over just because the school bell rings once more and our members walk back into schools," Priest said in a statement. "We have created a movement and there's no stopping us now."

Efforts to obtain more educational funding will continue away from the Capitol, Priest said. The OEA will be supporting its members and candidates who are running for office during the midterm elections against those who opposed funding Oklahoma's schools.

The Oklahoma educators' walkout came on the heels of another walkout in West Virginia, where Gov. Jim Justice signed  a bill giving teachers a 5% pay raise  after nine days.