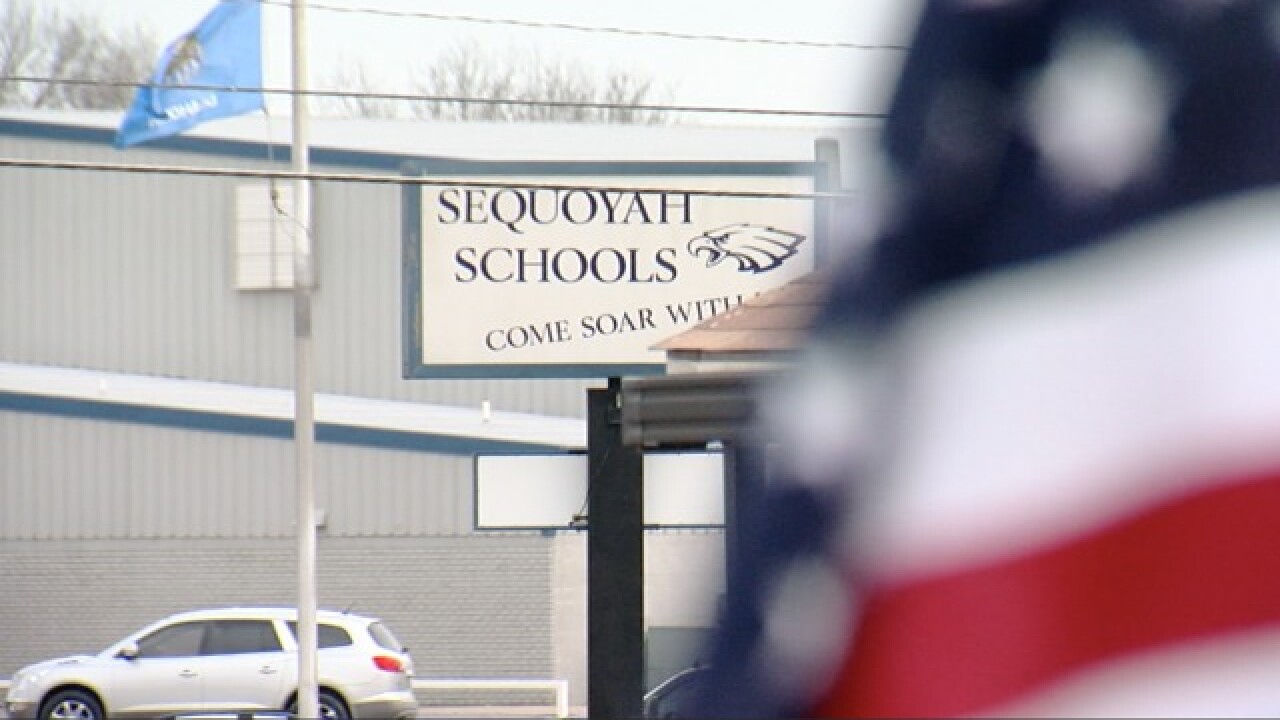 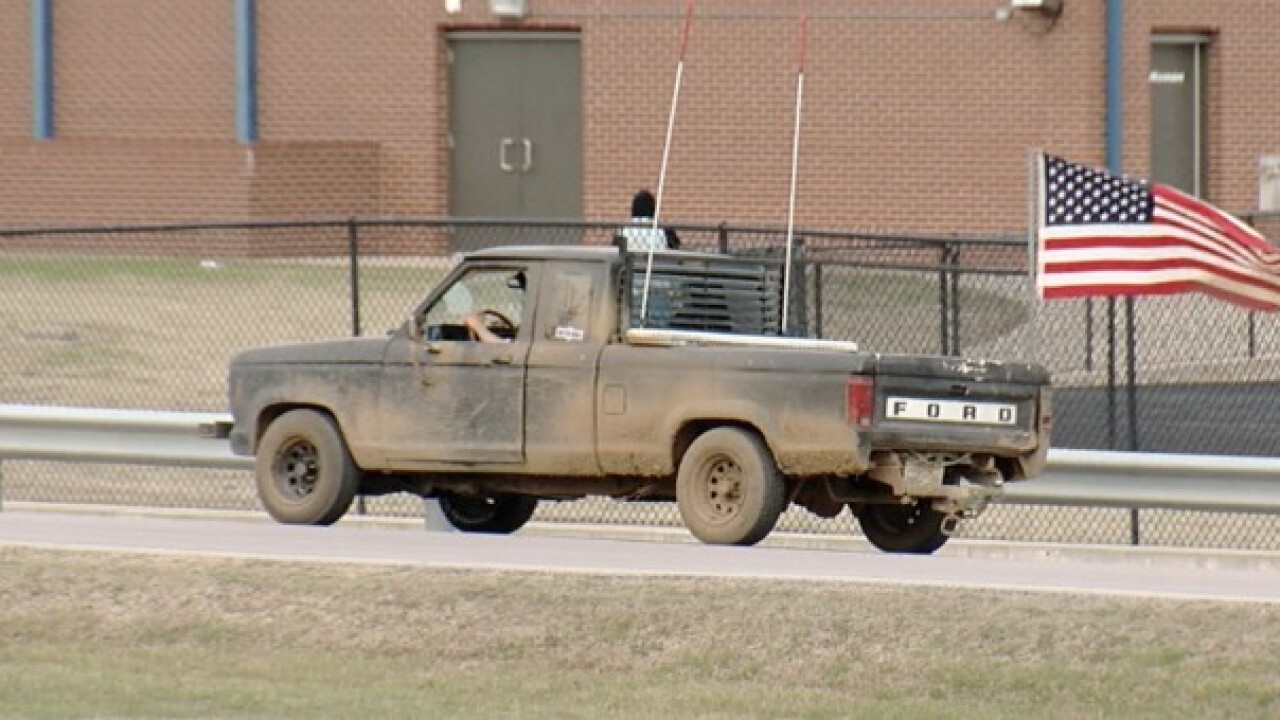 CLAREMORE, Okla. -- Sequoyah High School students were not afraid to speak out after they said school officials told them they had to remove American flags mounted on their vehicles.

On Thursday, a student showed up to the school, located about 40 minutes northwest of Tulsa, with a flag mounted on his car.

“As soon as we got out of our cars in the parking lot they were already on us trying to get them down," student Kennith Hoover said.

It's a symbol of patriotism, freedom and history.

“I think it’s a fight that they picked that they will never win," local business owner Larry Banzet said.

“The flag was in great shape, it was mounted properly," Hoover said. "It looked perfect. There was no kind of disrespect about it and they told him to take it down.”

Friday, a group of students decided to stand with their friend.

“You can’t tell a kid to take the flag down," Hoover said. "We disagree with that so that’s how it started.”

Hoover says the school's reasoning change more than once.

“Yesterday they said it was a distraction to drivers and students," he said. "Today they were telling me 'you have it mounted wrong' and then they told me it was illegal to fly it the way I was behind my car.”

The school district released the following statement to Scripps station KJRH in Tulsa:

"Sequoyah Public School is a patriotic school and surrounding community. Our campus has two sets of American and Oklahoma Flags, with one set including our Eagle mascot flag. Flags are displayed in our classrooms and our students recite the Pledge of Allegiance in their daily routine. We want our students to understand the importance of being patriotic, within the guidelines, and to be very understanding of the Flag Code and flag etiquette. Today was a win/win opportunity to work with students to come up with an appropriate solution for displaying the American Flag, Oklahoma Flag and the Eagle mascot flag on their vehicles while on campus."

“A cop showed up and he just asked us what was going on," Hoover said. "We asked him if we were doing it wrong and he said no."

A local business owner says he'll be responding to the news in his own way.

Together students will continue to stand up for the flag.

“There’s nothing wrong with that," Hoover said.