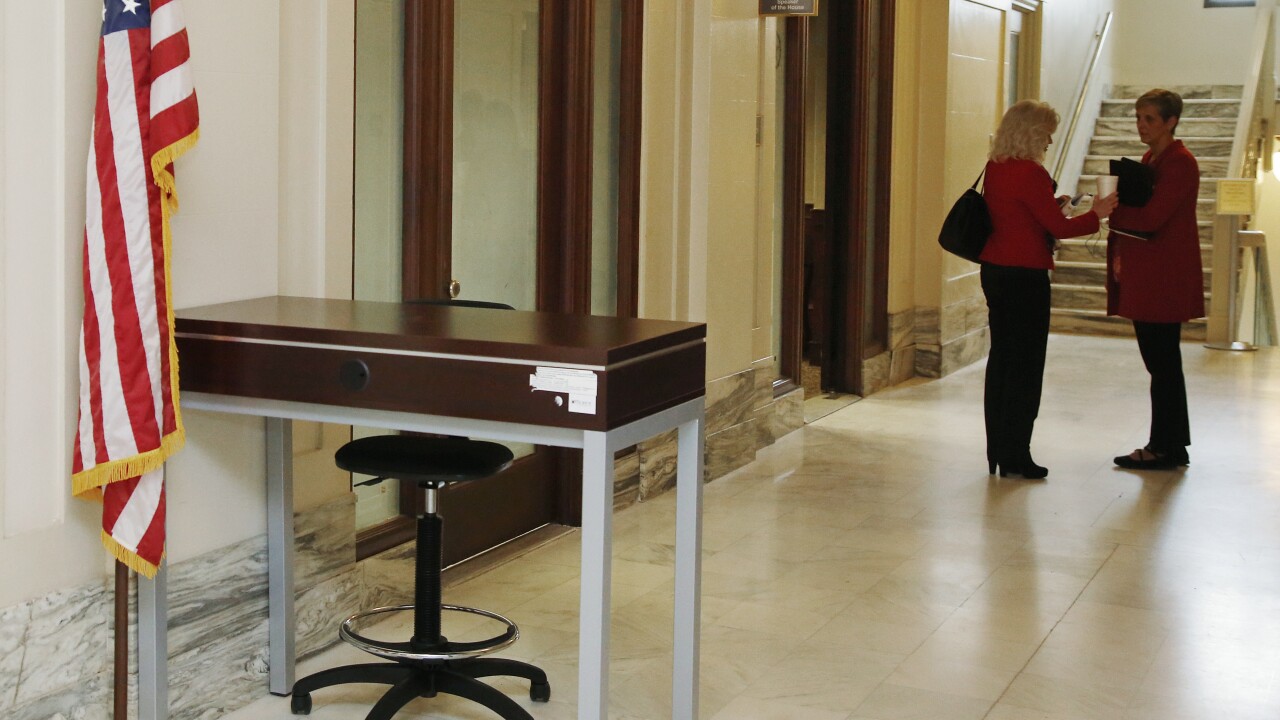 Sue Ogrocki/AP
A not-yet-manned guard station is pictured in the hallway outside the office of House Speaker Charles McCall, R-Atoka, who confirmed increased security measures, including banning pubic access to the stairway at rear, in Oklahoma City, Wednesday, Feb. 6, 2019. (AP Photo/Sue Ogrocki)

OKLAHOMA CITY (AP) -- Leaders in the Oklahoma House are dramatically ramping up security at the state Capitol less than a year after thousands of teachers demonstrated peacefully for increased education funding.

House leaders have erected guard stations in hallways, banned public access to stairwells and hired an ex-police officer licensed to carry a gun inside the Capitol.

Passing through a public entrance into the building already requires going through metal detectors.

House Speaker Charles McCall denied the new security measures were prompted by the teacher walkout. He says they are aimed at enhancing the public's experience at the Capitol.

Several House members said they were caught off guard by the changes.