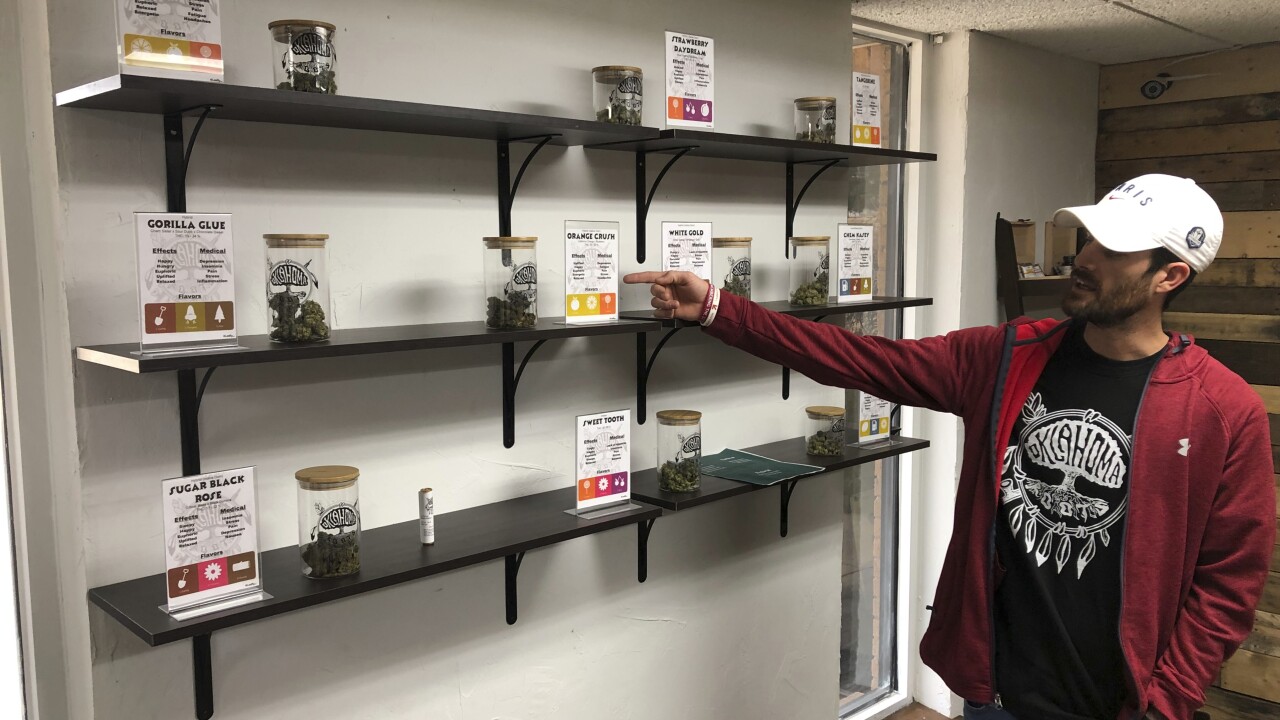 Sean Murphy/AP
In this Nov. 30, 2018 photo, medical marijuana dispensary owner Chance Gilbert displays some of the marijuana he's grown at the Oklahoma Roots dispensary in the bedroom community of Shawnee, about 40 miles east of Oklahoma City. The roll out of statewide medical and recreational programs typically is a grindingly slow process that can take years. Not so in Oklahoma, a Bible Belt state that moved with lightning speed once voters approved medical cannabis in June, 2018. (AP Photo/Sean Murphy)

OKLAHOMA CITY (AP) -- Oklahoma's booming new medical marijuana industry will have some new state regulations to follow under a bill that is now headed to the governor's desk.

The Oklahoma Senate voted 43-5 on Monday for the measure known as the "unity bill " because it's supported by various factions of the cannabis industry. It now heads to new Gov. Kevin Stitt.

The bill sets up guidelines for inventory testing and tracking, advertising, packaging and labeling, among other things. It also allows employers to fire medical marijuana users in certain "safety-sensitive jobs" who test positive for the drug. Those include firefighters and workers who carry firearms, drive vehicles or operate heavy machinery.

Although the bill sets up regulations, it isn't intended to curb the explosive growth of the medical marijuana industry in Oklahoma.