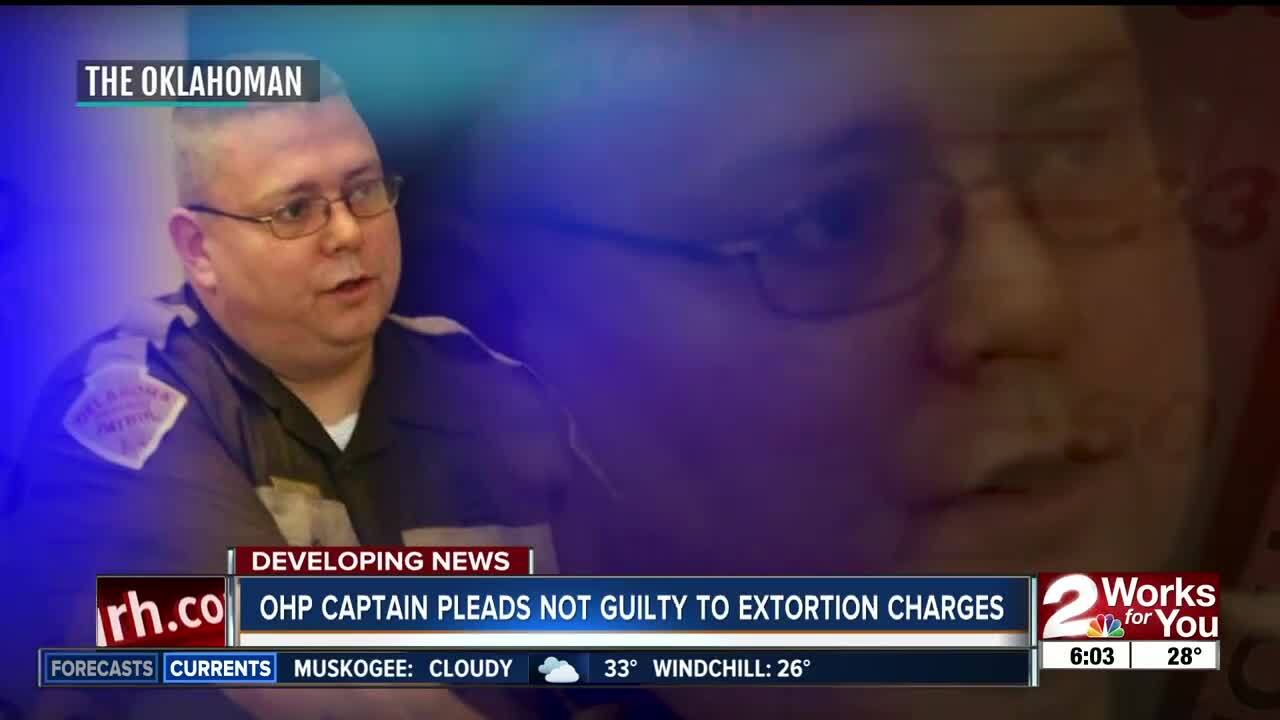 OKLAHOMA CITY (AP) -- An Oklahoma Highway Patrol captain has pleaded not guilty to trying to blackmail the commissioner of the state Department of Public Safety.

Court records show Capt. Troy German entered the plea to the extortion charge Friday in Oklahoma City after being indicted Thursday. He was released on personal recognizance bond.

A court affidavit says DPS Commissioner Rusty Rhoades told investigators that he and German had three meetings in which German sought a promotion to major and Rhoades' support for German to be appointed director of the state Department of Emergency Management.

German allegedly threatened to release evidence of Highway Patrol misconduct if the commissioner rejected his proposals.