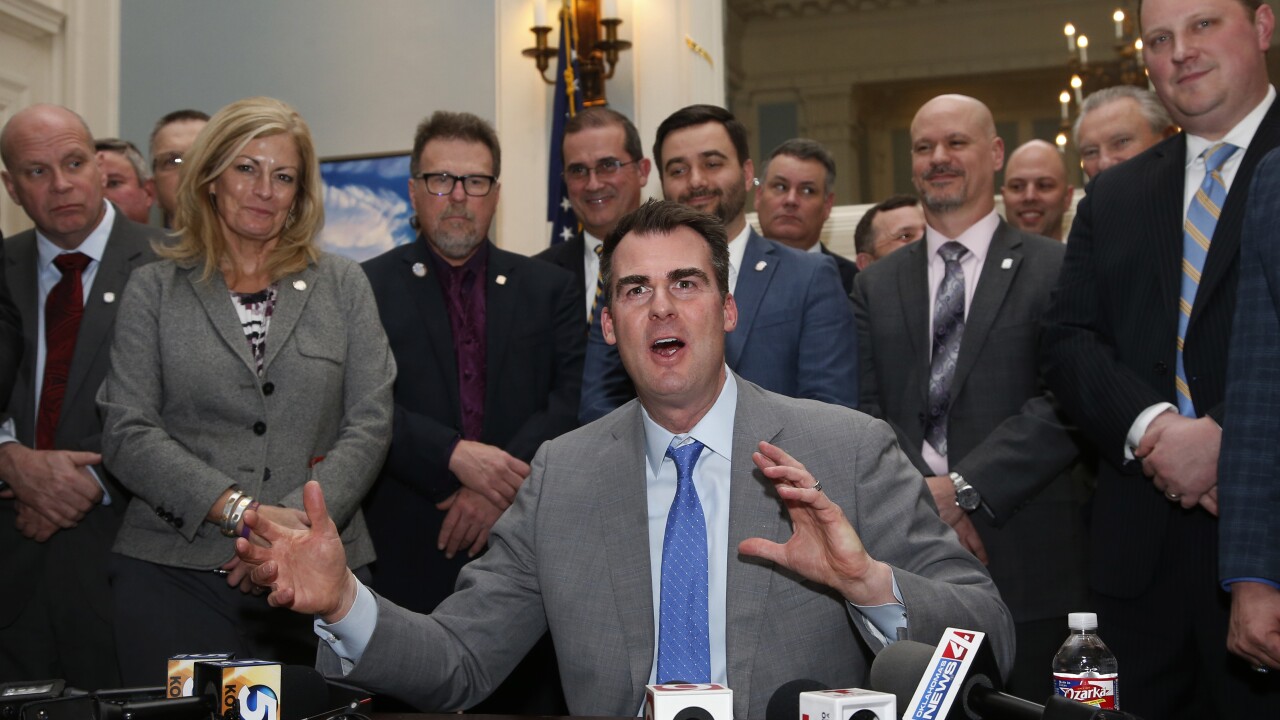 OKLAHOMA CITY (AP) -- Less than one week after being given sweeping new power over five of the state's largest agencies, new Gov. Kevin Stitt is taking advantage by appointing new board members to oversee three of them.

Stitt announced on Monday his appointments to the governing boards for the Oklahoma Health Care Authority, the Office of Juvenile Affairs and the Department of Mental Health and Substance Abuse Services.

Those three agencies alone account for about $2.3 billion in annual state appropriations.

In some cases, Stitt reappointed members who already were serving on the boards under former Gov. Mary Fallin. For example, four of the five members Stitt appointed to the OJA board previously served.

Stitt was also given the power to hire and fire the directors of those agencies and two others.