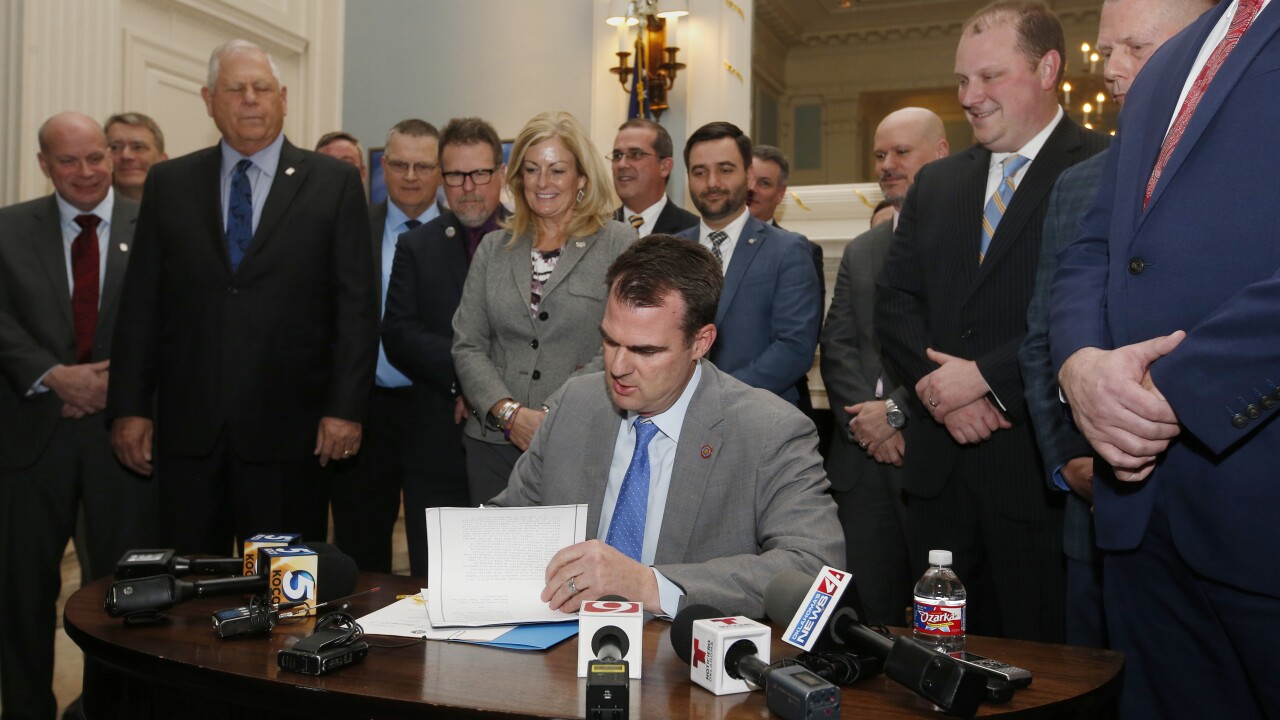 OKLAHOMA CITY (AP) -- The Latest on a bill that would allow Oklahoma residents to openly carry firearms without a background check or training (all times local):

Oklahoma residents will soon be able to openly carry guns without background checks or training after the state's new Republican governor signed a bill legalizing it.

Gov. Kevin Stitt held a ceremonial bill signing Wednesday, just hours after the state Senate approved it 40-6. All Republicans in the chamber voted yes on the bill.

Stitt endorsed the plan on the campaign trail and had said he was looking forward to signing it.

Dubbed "constitutional carry" by its supporters, the bill was vetoed last year by Republican Gov. Mary Fallin , who cited opposition from business leaders and law enforcement.

When purchasing a firearm, a different kind of federal background check is conducted when the gun is purchased from a licensed firearm dealer.