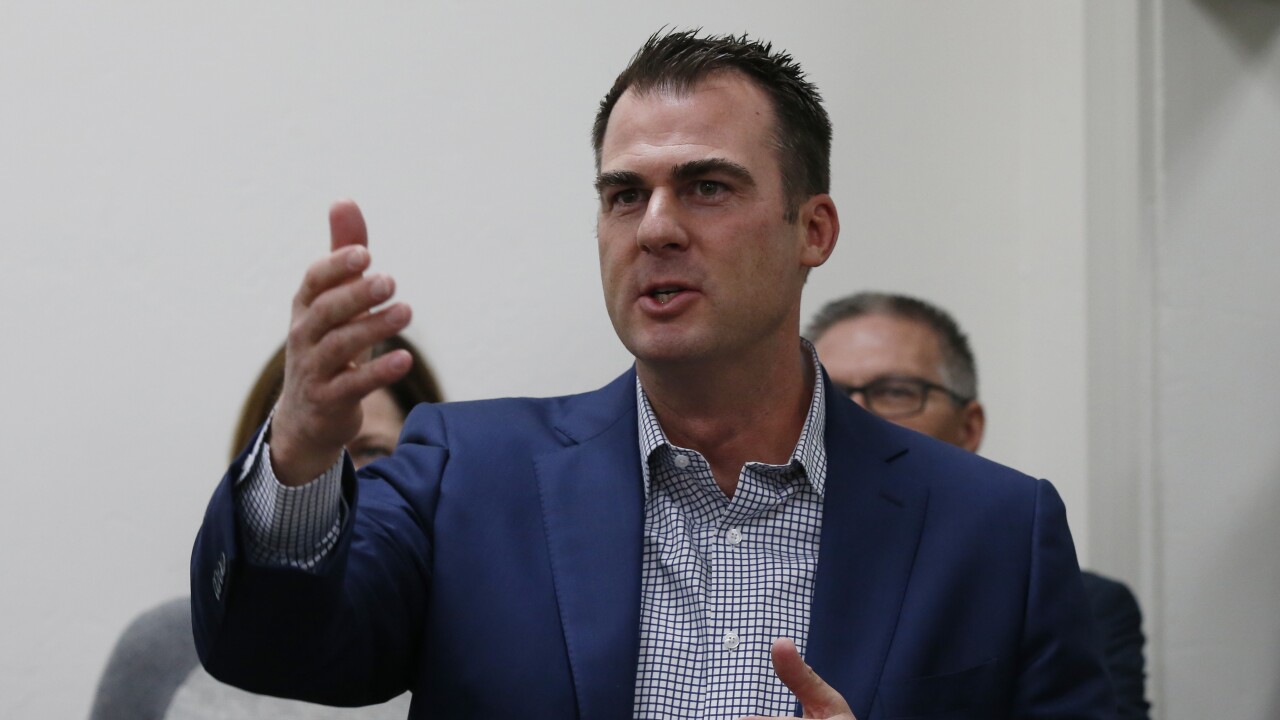 OKLAHOMA CITY (AP) -- Oklahoma's new Gov. Kevin Stitt is asking for an audit of the state's Medicaid enrollment to see if some savings can be realized.

Stitt said Wednesday he has formally requested an audit by the Auditor and Inspector's Office for Medicaid enrollment from 2015 to 2018. He wants to see whether the Oklahoma Health Care Authority is properly determining eligibility and removing from the rolls those who no longer qualify for various Medicaid programs.

A spokeswoman for the Health Care Authority says the agency welcomes the audit.

The Health Care Authority received about $1.1 billion in state appropriations from the Legislature last year.