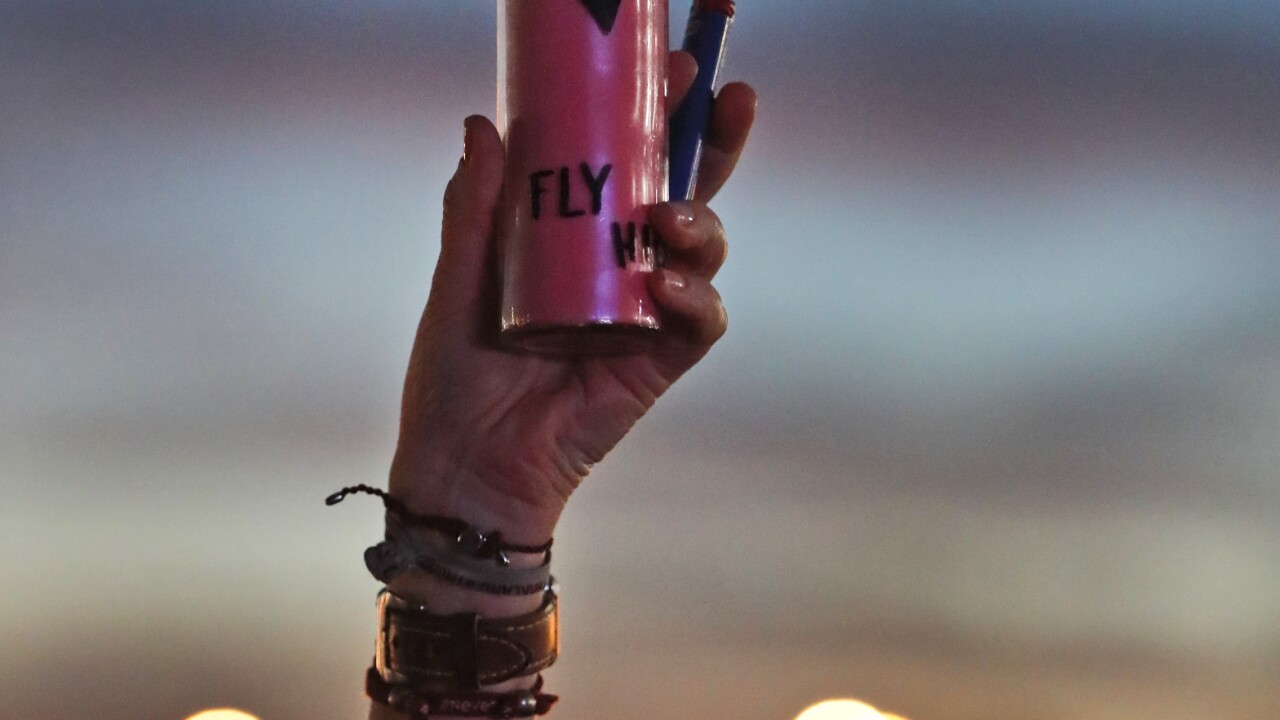 Wilfredo Lee/AP
An attendee at an interfaith service holds up a candle, Thursday, Feb. 14, 2019, in Parkland, Fla. More than a thousand people gathered at a South Florida park on the anniversary of the Marjory Stoneman Douglas High massacre to honor the 17 victims killed. (AP Photo/Wilfredo Lee)

OKLAHOMA CITY (AP) -- Several Oklahoma faith leaders are planning a vigil outside the office of Oklahoma's new governor urging him to rethink his support for a bill that would allow people to carry guns in public without training or background checks.

The Oklahoma Conference of Churches, Tulsa Metropolitan Ministry and other faith leaders are expected to participate in Monday's prayer vigil.

Dubbed "constitutional carry" by its supporters , the gun bill that former Gov. Mary Fallin vetoed last year is being rushed to the desk of new Gov. Kevin Stitt, who has said he looks forward to signing it.

House Bill 2597 would allow most Oklahomans 21 and older to carry concealed or unconcealed without a license, which currently requires a background check and completion of a training course.