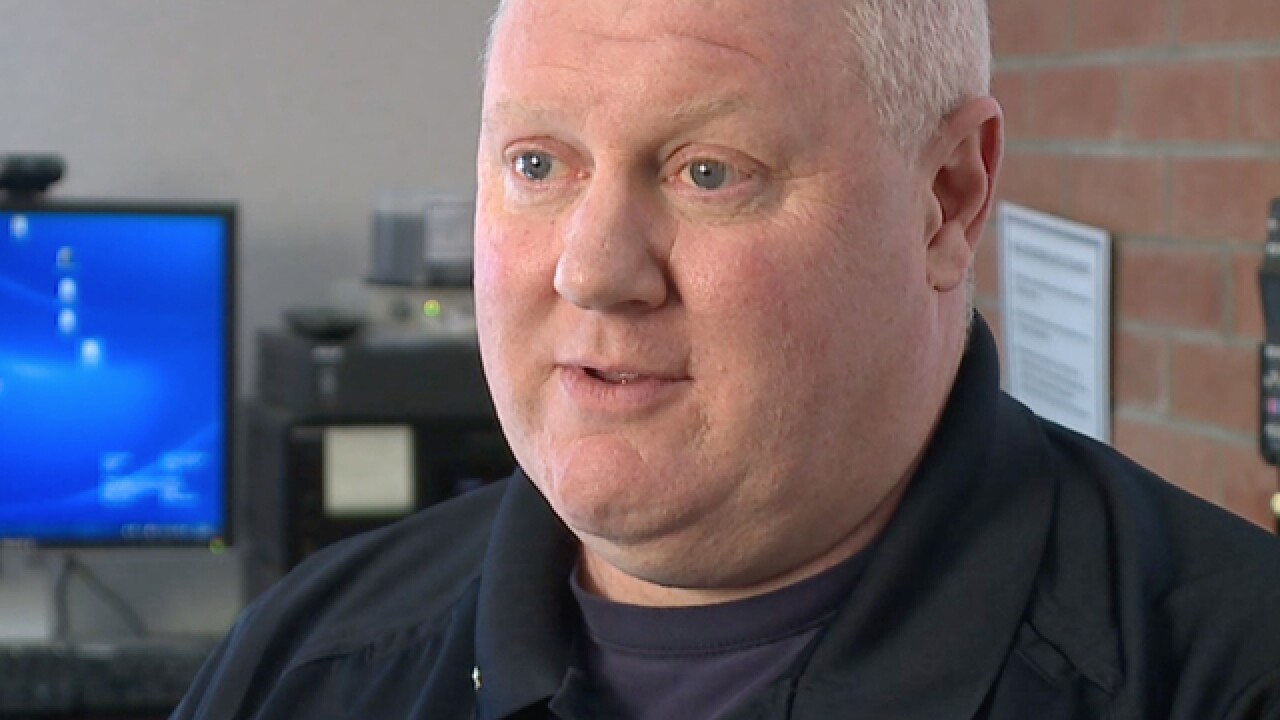 Copyright 2018 Scripps Media, Inc. All rights reserved. This material may not be published, broadcast, rewritten, or redistributed.
Independence police officer makes heroic rescue on I-480 bridge 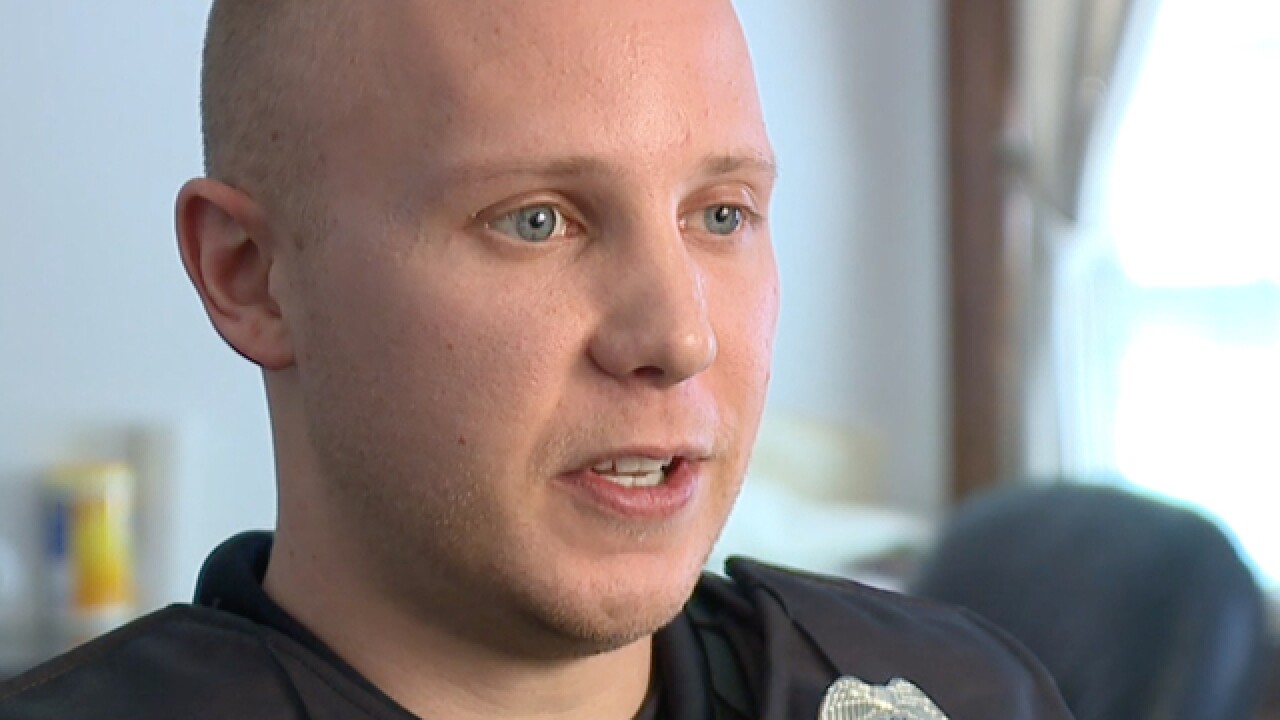 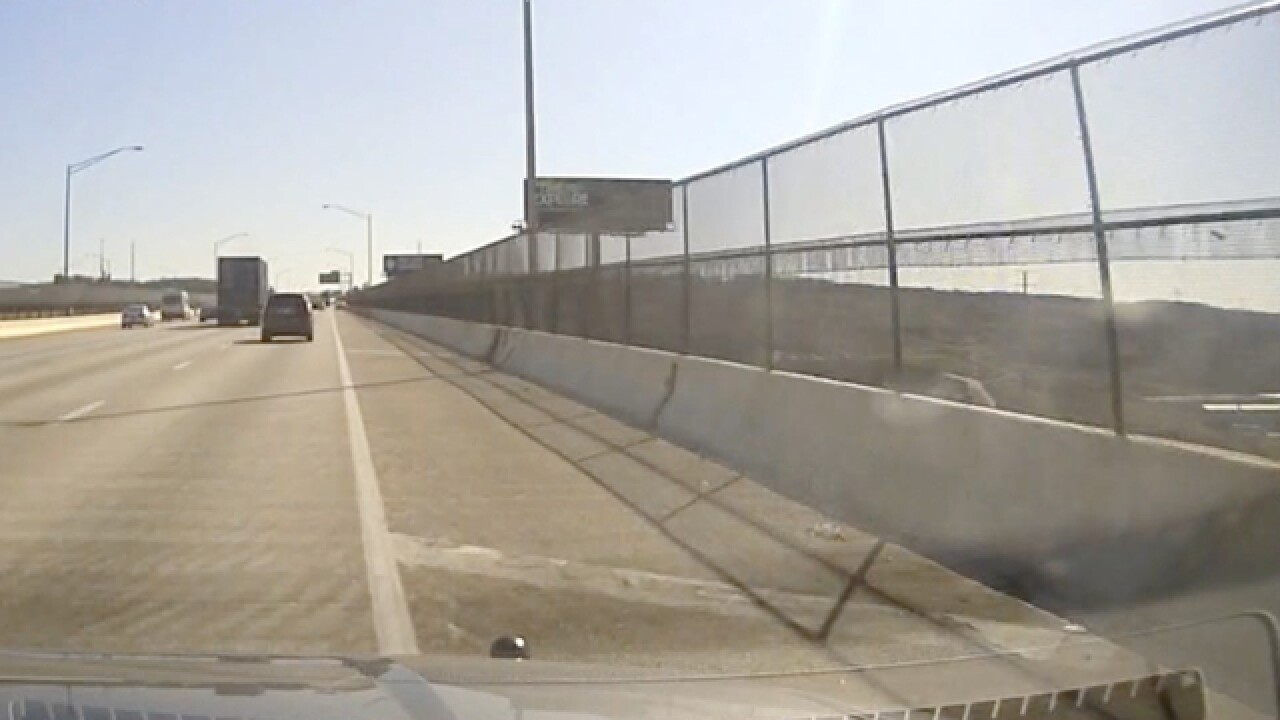 Quick thinking and response by Independence, Ohio police officer Andrew March, made all the difference in the world for a woman police say was attempting to take her own life, on the I-480 bridge on April 20.

Officer March responded at 9:30 AM, after getting information from Cleveland police, that the woman could be on the bridge.

Independence police dash camera video shows Officer March quickly jumping out of his cruiser, and then jumping up to grab the woman's leg, pulling her down to safety.

"I was just thinking get there fast, and if she's climbing up, make sure she gets back down safely on the right side," said March.

"I just grabbed whatever is available and start pulling and hopefully and would get her to safety."

March credited higher safety fencing, installed along the I-480 bridge by the Ohio Department of Transportation two months ago, with giving him more time to get to the scene.

"It definitely made a difference, if it would have been the old fencing, she probably would have made it over the top," said March.

"She really lobbied ODOT hard to get this done, and actually made them make it a priority," said Kilbane.

Kilbane praised ODOT and said he hopes the safety fencing posted at other northeast Ohio bridges will be examined in the future.

"Again it if can just prevent one of them, or buy some time for somebody to get there and talk them out of it, or help them.  I think it's well worth the investment," said Kilbane.

ODOT told News 5 it will install a 10-foot safety fence along the Lorain Road bridge, over the Rocky River, later this summer.

Meanwhile, March told News 5 he doesn't feel like a hero, that he was just doing his job.

"I know he's a modest kid, but he saved a life today."