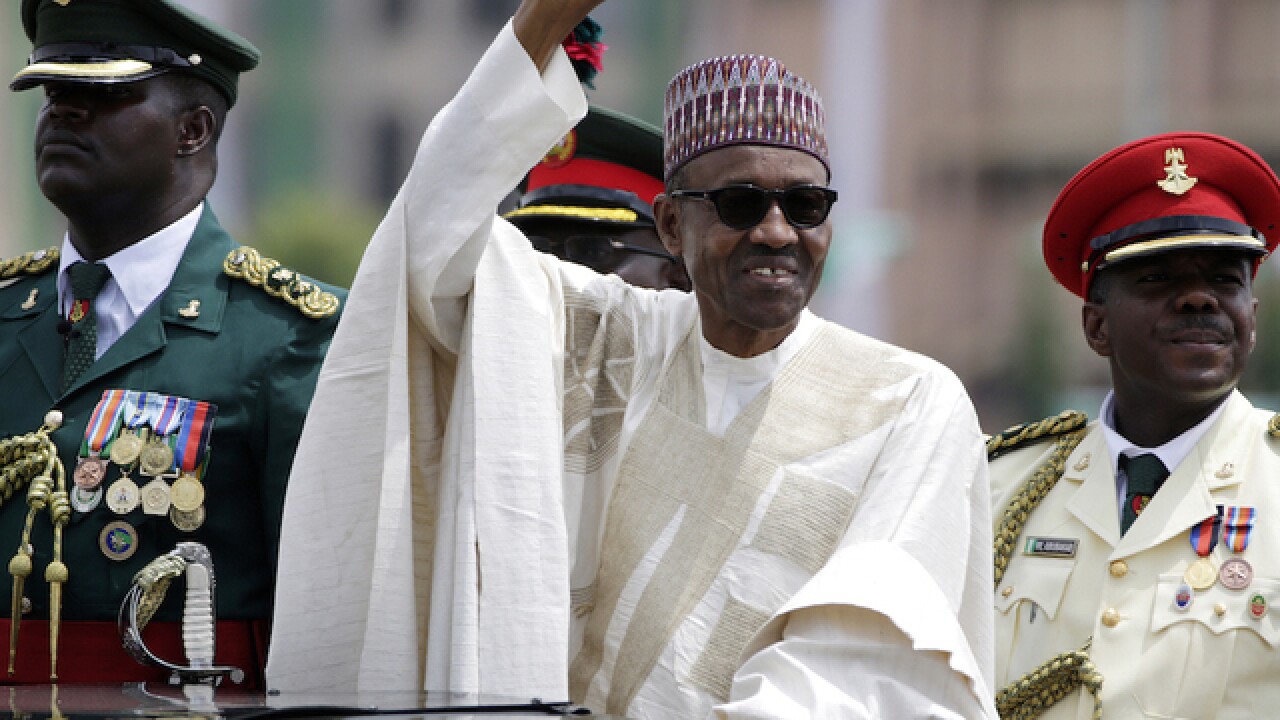 Sunday Alamba
<p>In this May 29, 2015 file photo, Nigeria President Muhammadu Buhari salutes his supporters during his inauguration in Abuja, Nigeria.</p>

The announcement came as Obama is set to meet Buhari, the leader of Africa's largest economy and most populous country, next week in New York.

Adeola Akinremi in her Friday column for ThisDay newspaper denounced "the moral problem of plagiarism on a day Mr. President launched a campaign to demand honesty and integrity."

Several lines were almost identical to Obama's in a speech Buhari made Sept. 8 launching his campaign "Change Begins With Me." The campaign promotes a new way of thinking to rid Nigeria of widespread corruption.

Buhari said, "We must resist the temptation to fall back on the same partisanship, pettiness and immaturity that have poisoned our country for so long. Let us summon a new spirit of responsibility, spirit of service, of patriotism and sacrifice. Let us all resolve to pitch in and work hard and look after, not only ourselves, but one another."

Obama said, "So let us summon a new spirit of patriotism; of service and responsibility where each of us resolves to pitch in and work harder and look after not only ourselves, but each other. ... Let us resist the temptation to fall back on the same partisanship and pettiness and immaturity that has poisoned our politics for so long. "

Obama will meet with Buhari on Tuesday during the U.N. General Assembly session, the White House said Friday. They are expected to discuss U.S. support for security and economic changes in Nigeria and efforts to curb the Boko Haram Islamic uprising.

Obama also plans to promote U.S.-Africa trade on Wednesday, attending a summit with some 200 U.S. and African CEOs and African heads of state.