Obama warns against giving into cynicism 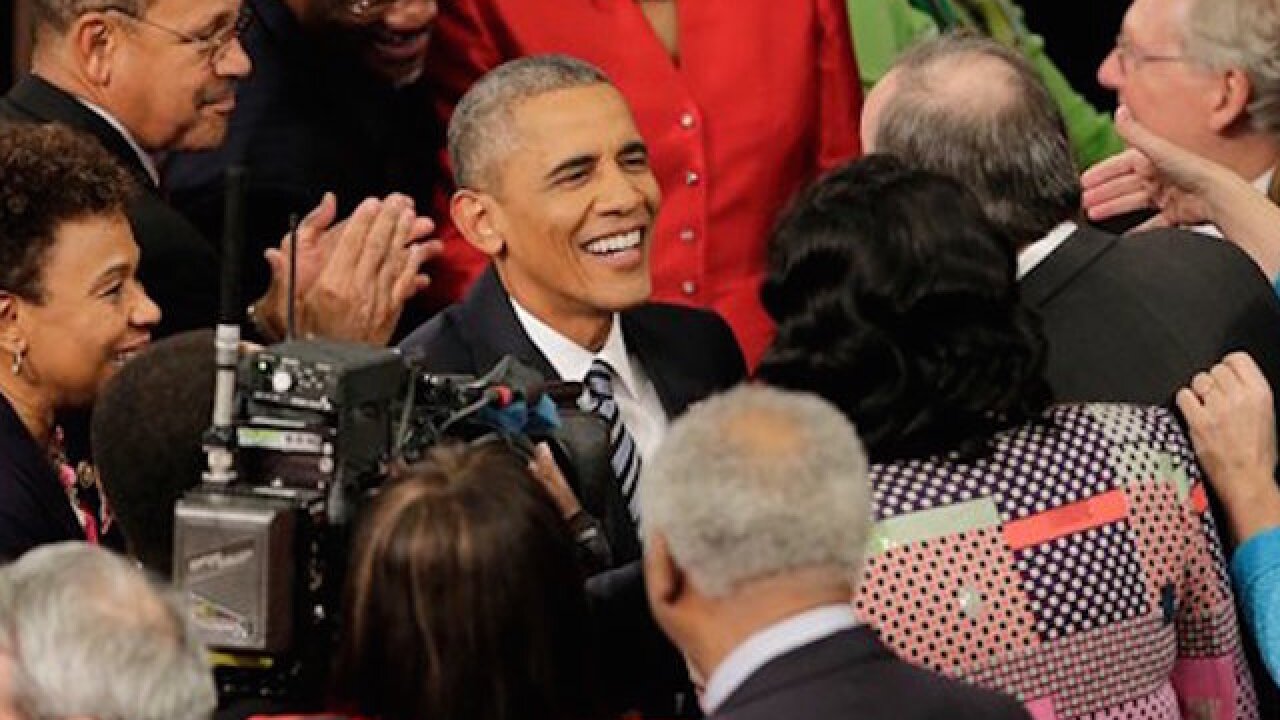 WASHINGTON (AP) — Eyeing the end of his presidency, Barack Obama urged Americans Tuesday night to rekindle their belief in the promise of change that first carried him to the White House, declaring that the country must not allow fear and division to take hold.

"It's easier to be cynical, to accept that change isn't possible and politics is hopeless," Obama said in his final State of the Union address. "But if we give up now, then we forsake a better future."

At the heart of Obama's address to lawmakers and a prime-time television audience was an implicit call to keep Democrats in the White House for a third straight term. He struck back at critics who have challenged his economic and national security stewardship, calling it all "political hot air."

In a swipe at some Republican presidential candidates, he warned against "voices urging us to fall back into tribes, to scapegoat fellow citizens who don't look like us or pray like us or vote like we do, or share the same background."

Seeking to shape his own legacy, Obama ticked through a retrospective of his domestic and foreign policy actions in office, including helping lead the economy back from the brink of depression, taking aggressive action on climate change and ending a Cold War freeze with Cuba.

Yet he was frank about one of his biggest regrets: failing to ease the persistently deep divisions between Democrats and Republicans.

"The rancor and suspicion between the parties has gotten worse instead of better," he conceded. "There's no doubt a president with the gifts of Lincoln or Roosevelt might have better bridged the divide, and I guarantee I'll keep trying to be better so long as I hold this office."