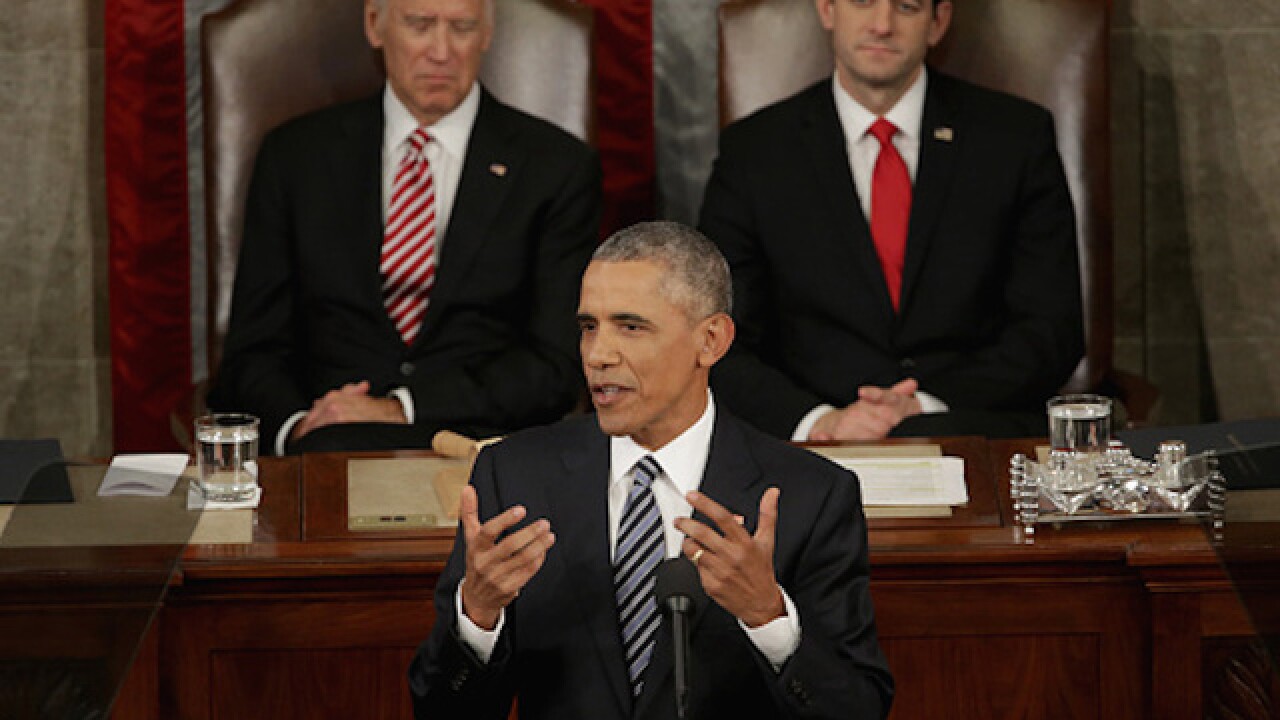 Talking about the current state of politics in the United States, President Barack Obama said that he was frustrated by the political divide and his inability to unite Americans during his tenure as president.

During his one-hour address before a joint sessions of Congress, Obama laid mostly kept away from the tradition of past presidents of reinforcing his tenure, opting to close with stating his biggest frustration as president.

"Most of all, democracy breaks down when the average person feels their voice doesn’t matter; that the system is rigged in favor of the rich or the powerful or some narrow interest," Obama said.

"Too many Americans feel that way right now.  It’s one of the few regrets of my presidency – that the rancor and suspicion between the parties has gotten worse instead of better."

Obama is took a few jabs at the Republican presidential field in his final State of the Union address.

Obama said the world is looking to the U.S. to address threats in the Middle East and elsewhere. He said the U.S. response must be more than calls "to carpet bomb civilians." Obama says that works as a sound bite on television, but doesn't pass the test on the world stage.

Obama is also criticizing those who say the U.S. is getting weaker or that its economy is declining. He says that's just "political hot air."

Obama pledged at the start of his State of the Union address that he was going to try to keep his last address shorter.

Sanders shook hands as he entered the House chamber and then joined Rhode Island Sen. Jack Reed to hear the speech.