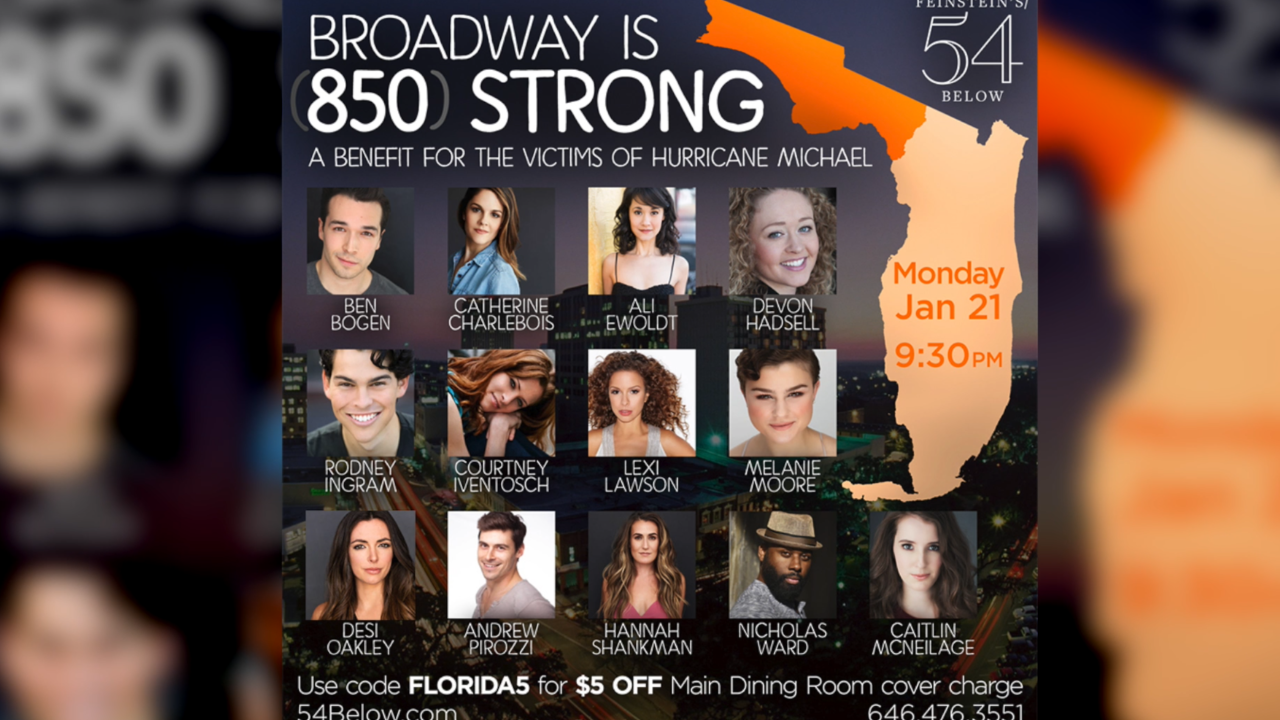 It’s been three months since Hurricane Michael swept through the Florida Panhandle, and the mark it left is still very evident.

“I'm from Panama City, Florida, and I was actually home visiting when the hurricane hit,” she recalls.

Insurance claims have now reached $5 million, according to the latest numbers.

“The evidence is definitely still there,” she says. “I mean, it's been three months and there's still so much damage, so it's really a hard thing to see.”

McNeilage, who now lives and works in New York City as an actress, knew she wanted to give back to her home town in the Florida Panhandle.

So, she came up with an idea: a non-profit Broadway show called “Broadway is 850 Strong.”

“It's going to be a bunch of Broadway artists from shows like Hamilton, Wicked, Frozen, Phantom of the Opera, and they're all going to sing to raise money for victims of Hurricane Michael,” she says.

The big Broadway stars will bring in funds for an education charity, helping children in Bay County, Florida continue to learn while their community rebuilds.

The stars will take the stage this Monday in NYC.

McNeilage says she’s happy she can to bring her love for Broadway and her love for her home together for a great purpose.

“It's going to be a really incredible night,” she says.