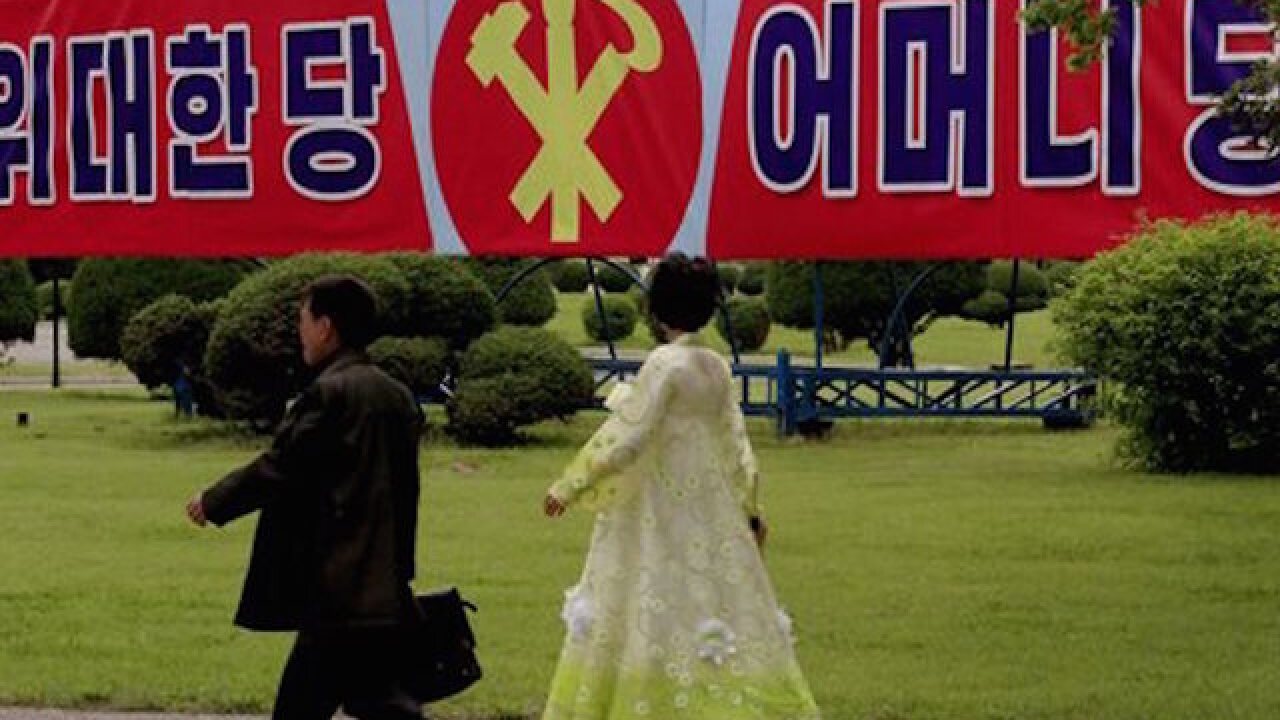 Kim Kwang Hyon
<p>North Koreans walk past a slogan which reads "Great Party, Mother Party" along a sidewalk on Wednesday, May 4, 2016, in Pyongyang, North Korea. North Korea is preparing to hold a once-in-a-generation congress of its ruling party that is intended to rally the nation behind leader Kim Jong Un and could provide an important glimpse into Kim's plans for the country's economy and military. (AP Photo/Kim Kwang Hyon)</p>

PYONGYANG, North Korea (AP) — Its capital has been duly spruced up, the masses prepped for their rallies and leader Kim Jong Un appears to be set to take center stage Friday when North Korea pulls back the curtain on what promises to be the country's biggest political show in years, if not decades: the first full congress of its ruling party since 1980.

What exactly is in store is anyone's guess. North Korea has announced little more than the start date.

But one thing is for sure: the congress is shaping up to be a major opportunity for North Korea's young and still largely enigmatic leader to step out of the shadows of his father and grandfather and move more toward setting his own personal tone of leadership.

North Korea has allowed in droves of foreign media to make sure it gets a global audience for what the government clearly intends to be a showcase of national unity and stability under Kim, despite the increased criticism and tough new sanctions it is facing over its nuclear and missile programs.

To put its best face in front of the cameras, residents of the capital, Pyongyang, have been busy for months painting walls, fixing roads and rehearsing for mass rallies in mandatory demonstrations of loyalty.

"We volunteer to take part in these big events to show that we, the people, are united in support of our respected marshal, and to demonstrate our political commitment," said Ryu Jin Song, a university student taking part in a practice for congress celebrations.

On paper, the congress is the party's highest-level decision-making body, though the real decisions are made by Kim Jong Un and his inner circle. The delegates at the congress — who will probably number in the thousands — will be there more to endorse than debate.

But along with a heavy dose of North Korean-style pomp and theater, the gathering is likely to provide some insights into what Kim's priorities are and who he wants to promote into the positions he needs to carry them out.

"The significance of the 7th Congress of the Workers' Party of Korea is that it will be a turning point in our revolution," Professor Song Dong Won of North Korea's Academy of Social Sciences told an Associated Press television crew in Pyongyang. He said the congress would present "the successes of the last 30 years" and a "brilliant plan for the ultimate success of our revolution."

All six previous congresses came under Kim Il Sung, the late grandfather of Kim Jong Un and North Korea's founder who died in 1994. The sixth congress was used primarily as the stage to formally announce that Kim Il Sung's son, Kim Jong Il, would be his successor.

The decision to hold a congress itself is telling — Kim Jong Un has patterned himself more closely after his charismatic grandfather than his notoriously reticent father, who almost never spoke in public.

In content, the congress is likely to be filled with praises of Kim Jong Un and his dual policy of developing North Korea's nuclear weapons while also building its domestic economy, a sort of guns-and-butter strategy he has championed but many outside economists believe is untenable because of the heavy price the nuclear program brings in international sanctions.

The country is now facing the toughest U.N. sanctions in 20 years, imposed after its fourth nuclear test, in January, and a rocket launch that followed soon after.

Another important feature of the congress may be who is appointed to, or dismissed from, key positions.

Many analysts expect Kim to replace the party's old guard with younger elites loyal to him. He may also formally elevate his younger sister, Kim Yo Jong, to a position that would essentially make her his second-in-command. Believed to be in her late twenties, she is currently a vice department director at the party's Central Committee and frequently appears at her brother's public events, standing out amid elderly male officials.

There is also speculation that Kim Yong Nam, an 88-year-old member of the party's powerful five-man politburo Presidium, may be dismissed because of his age.

If so, he could also later lose his position as president of the Presidium of North Korea's parliament, which makes him the country's nominal head of state.