Get to know North Carolina and Villanova 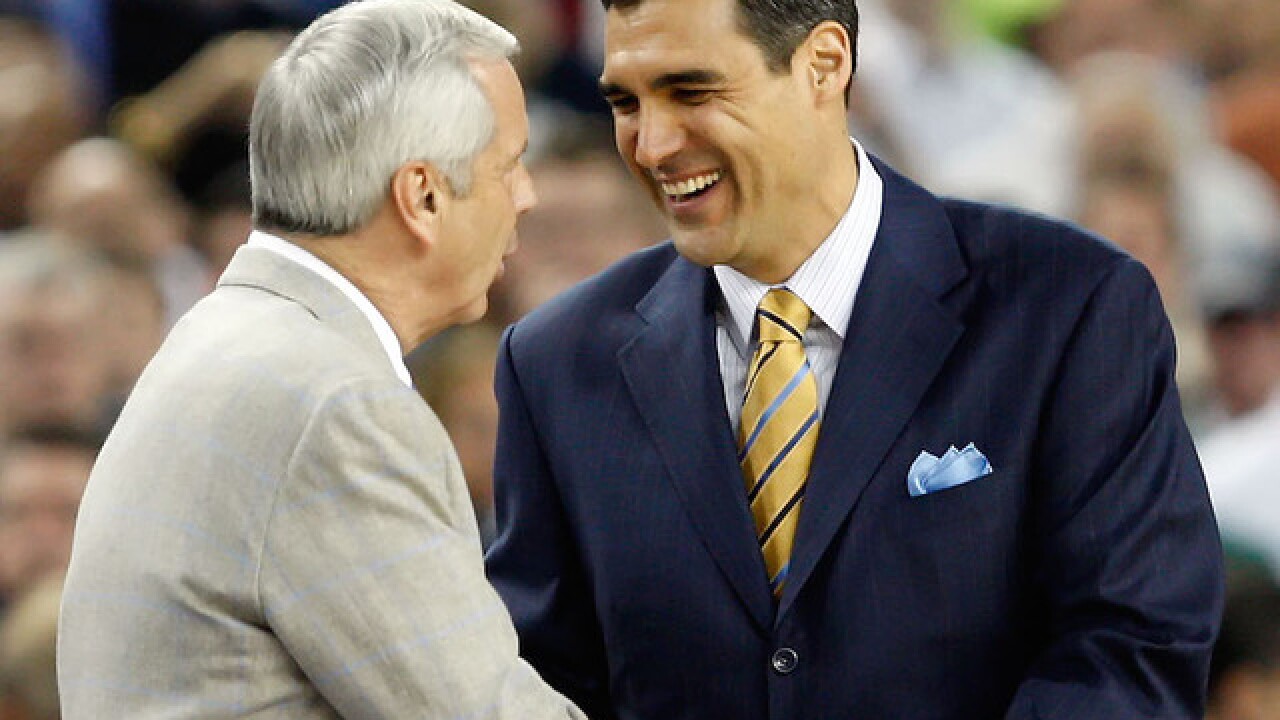 Copyright Getty Images
Streeter Lecka
<p>Roy Williams of the North Carolina Tar Heels shakes hands with Jay Wright of the Villanova Wildcats during the National Semifinal game of the NCAA Division I Men's Basketball Championship at Ford Field on April 4, 2009 in Detroit, Michigan.</p>

Before North Carolina plays Villanova for the 2016 NCAA men’s basketball championship Monday night in Houston, get to know both programs on and off the court.

Listed below are key facts about both teams, including notes about their paths to the title game and some general history.

The Tar Heels and Wildcats meet at 9:19 p.m. Eastern on TBS.