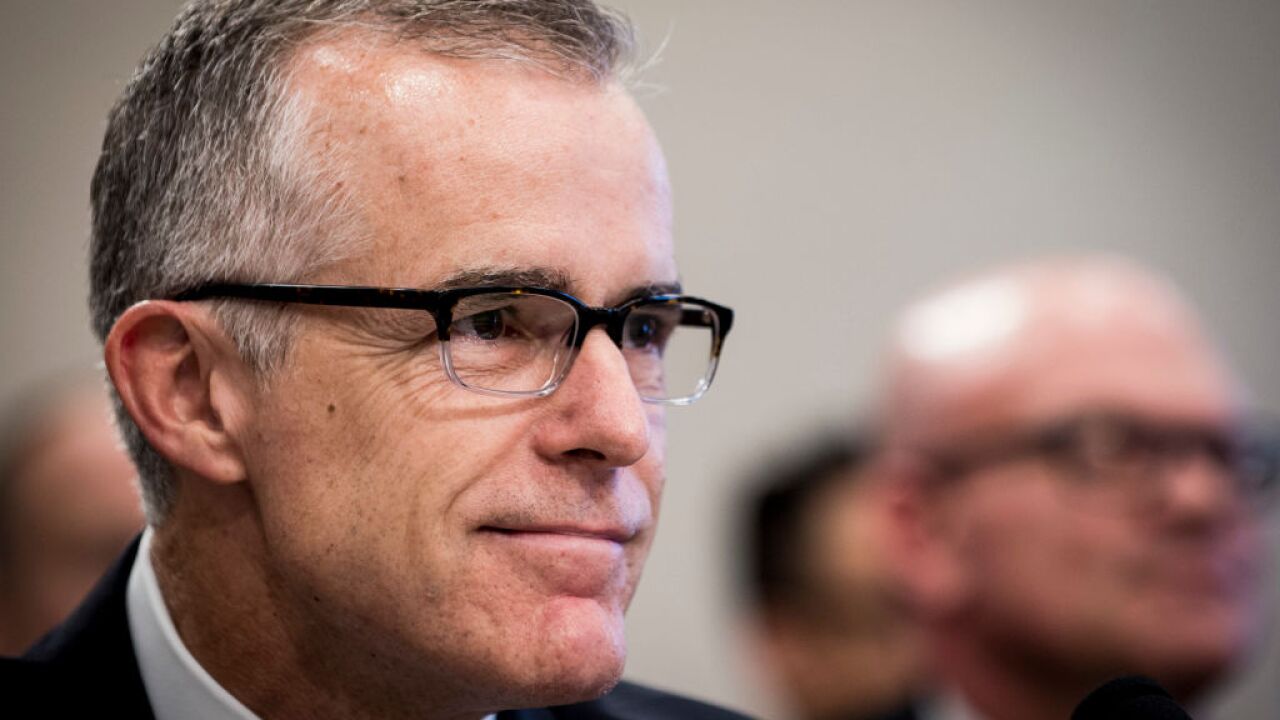 WASHINGTON — Federal prosecutors have declined to charge former FBI Deputy Director Andrew McCabe, closing an investigation into whether he lied to federal officials about his involvement in a news media disclosure.

That's according to a statement from McCabe's legal team on Friday.

The decision resolves a criminal investigation that spanned more than a year and began with a referral from the Justice Department’s inspector general, which said McCabe repeatedly lied about having authorized a subordinate to share information with a newspaper reporter for a 2016 article about an FBI investigation into the Clinton Foundation.

Prosecutors told McCabe’s lawyers they decided “not to pursue criminal charges" against him after careful consideration.