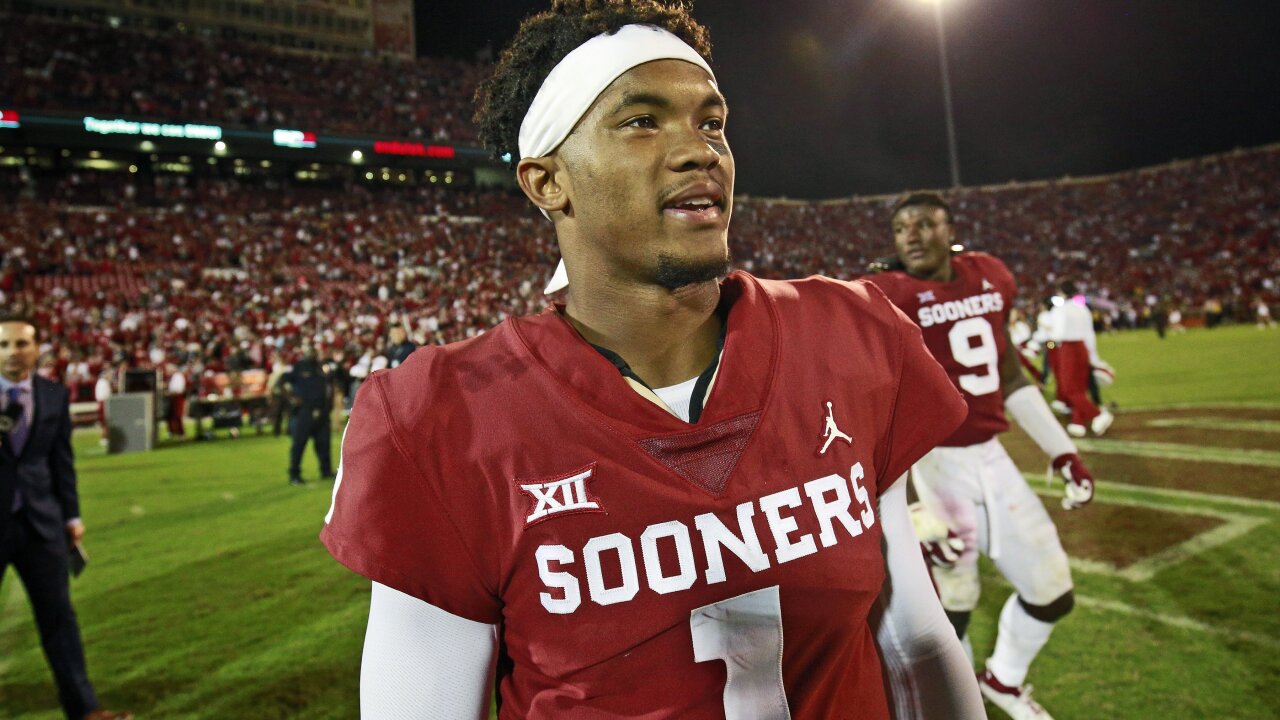 (CNN) -- The 84th version of the NFL draft looks almost nothing like the original, when it centered around 90 names on a chalkboard in a hotel.

From Thursday through Saturday, the seven-round draft will be held in Nashville, Tennessee. Fans are expected to flock downtown for the selections and other entertainment, as Tim McGraw, Dierks Bentley, and Moon Taxi are scheduled to play free outdoor concerts.

The draft will be broadcast on at least four different television networks each day. Late round picks will be announced from multiple locations, including a New York Jets selection by the US Army's Black Knights parachuting into the West Point military base and a Los Angeles Chargers pick announced in Mexico City.

Still, the most action is within the "war rooms" at team facilities, where draft selections ultimately are decided. The Arizona Cardinals hold this year's top pick, and it's expected they will select two-sport star Kyler Murray, who could be the first athlete to be selected in the first round of the MLB and NFL drafts.

Cardinals new head coach Kliff Kingsbury is very familiar with the 5-foot-10-inch Murray, who grew up in suburban Dallas. Kingsbury, then the offensive coordinator at Texas A&M, began recruiting Murray when the quarterback was a sophomore in high school. In October, when he was the head coach at Texas Tech, Kingsbury glowingly called Murray "a freak."

"I just think the world of him and what he can do on the football field," Kingsbury, who also recruited Murray while at Texas Tech, said to CNN affiliate KLBK at the time.

Then he added this: "I'd take him with the first pick of the draft if I could."

Now, should there be consensus in the Cardinals' war room, he can.

And that would put Murray in the same category as a late foam rubber salesman.

Murray: "Firmly and fully committing" to becoming an NFL quarterback

Once an afterthought, the NFL draft is one of the most anticipated events on the league's calendar. The bright lights, around-the-clock coverage, year-round scouting, mock drafts, the NFL combine and pro days have replaced the chalk.

The genesis of the first NFL draft came from Philadelphia Eagles co-owner Bert Bell, who in 1935 at a league meeting proposed the NFL hold an annual draft to level the playing field. It was approved unanimously, and the draft commenced the following year at the Ritz-Carlton in Philadelphia.

There were no scouting departments or video analysis. The list of players came from newspaper reports, visits to college campuses and word of mouth.

The Eagles had the first pick, and it was used on Jay Berwanger, the first recipient of the Heisman Trophy. But the standout running back from the University of Chicago never played a down.

After the Eagles drafted him, the Chicago Bears acquired his signing rights, and Berwanger asked the team for $25,000 over two years. Legendary head coach George Halas thought the amount was too high, so instead, Berwanger took a job as a foam rubber salesman. He also worked as a sportswriter.

A five-star recruit in high school, Murray's college career began at Texas A&M, later transferring to the University of Oklahoma and sitting behind Baker Mayfield.

It initially looked like Murray's future was in baseball, with the Oakland Athletics selecting him ninth overall in the 2018 MLB draft. The club and Murray agreed to a $4.66 million signing bonus that summer, knowing Murray would play one more year of college football.

What unfolded next was a dream season, with Murray winning the Heisman and leading the Sooners to the College Football Playoff.

Murray had a decision to make. And on February 11, he chose football, saying in a tweet, "I am firmly and fully committing my life and time to becoming an NFL quarterback."

While Murray won't be keeping all of that signing bonus from Oakland, compensation isn't an issue. As last year's top pick, Mayfield signed a four-year, $32.68 million contract with the Cleveland Browns. The A's will retain Murray's baseball rights should he change his mind about football.

If selected No. 1 overall, Murray would become the third quarterback from Oklahoma to be chosen with the first overall pick in the common-draft era joining Mayfield in 2018 and Sam Bradford (St. Louis Rams, 2010).

It also would mark the second time in the common-draft era that a school has produced the No. 1 pick in consecutive NFL drafts. Pro Football Hall of Famers Ron Yary (1968) and O.J. Simpson (1969) were selected No. 1 from the University of Southern California in back-to-back years.