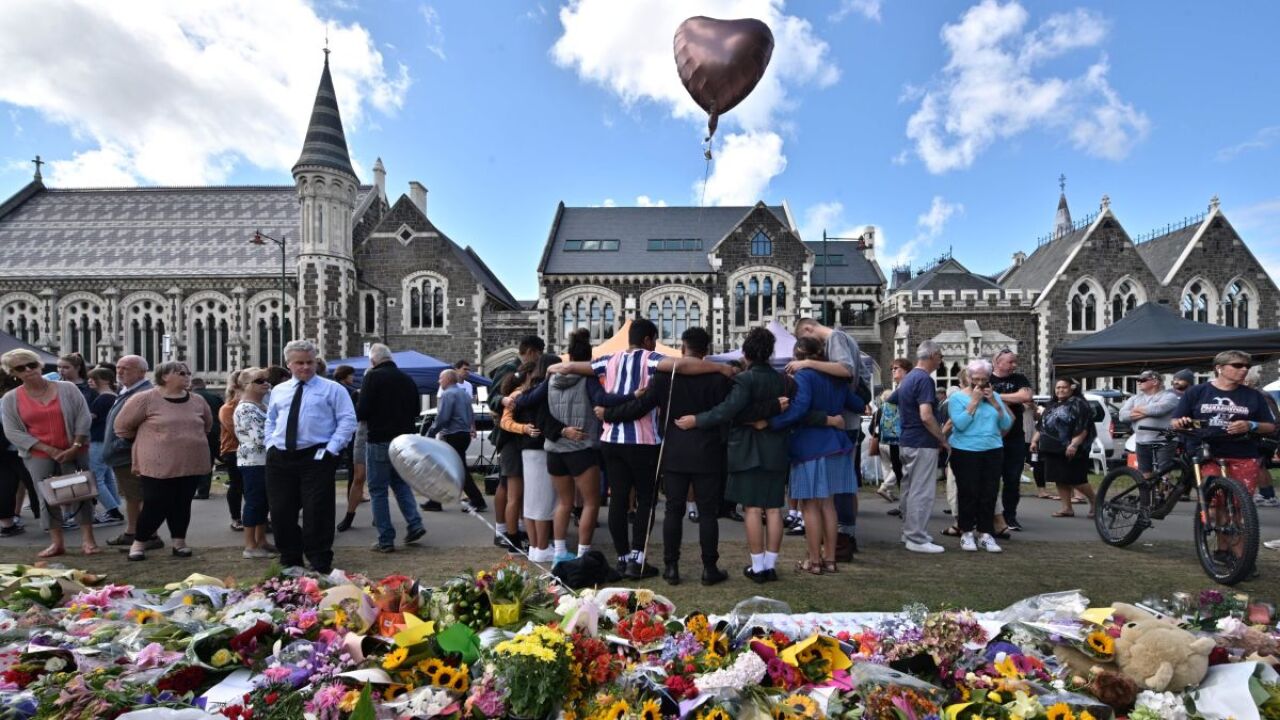 The suspect accused of carrying out Friday's terror attack in Christchurch, New Zealand, was likely on his way to carry out a third shooting before he was stopped by authorities, New Zealand's top police official said.

Fifty people were killed when a gunman opened fire inside two mosques last week. Authorities have charged Brenton Tarrant, a 28-year-old Australian man, with murder in connection with the incident. More charges are expected.

Police Commissioner Mike Bush said Wednesday that authorities "absolutely" believe they stopped the suspect "on the way to a further attack."

"Lives were saved," he added, but declined to go into detail to not "traumatize others."

The first funerals were held Wednesday for Khaled Mustafa, 44, and his son, 15-year-old Hamza.

Hundreds of people stood in solemn silence at Memorial Park Cemetery, where graves had been dug to bury dozens of victims.

New Zealand Prime Minister Jacinda was back in Christchurch, Wednesday, to offer comfort to those affected by the tragedy.

Speaking at news conference, Arden announced that the country will will hold a two minute silence to commemorate the victims of the mosque massacre this coming Friday.

"There's a sense among New Zealanders that they wish to show to the Muslim community their support, their love," said Arden.

"But the challenge for all of us going forward is that they're safety is assured by making sure we never have an environment where violent extremist ideology can flourish. And that means addressing racism and extremism wherever it emerges."

Ardern also announced that the Islamic call to prayer will be broadcast Friday on TV New Zealand and Radio New Zealand in support of the country's Muslim population.

While many family members have expressed understanding about the time it is taking to receive victims' bodies for burial, others have voiced frustration. Islamic funerals typically are held as soon as possible after death.

Mohamed Safi, 23, lost his father in the attack at the Al Noor mosque. He said the authorities have not explained their process for identifying his father's body and have been slow to offer details.

"They're offering nothing, they're saying, 'We're doing our procedures and process.' Why do I not know what you're doing to identify the bodies?" Safi told CNN.

"They know that our Islam is about patience. They're testing our patience right now," Safi said.

Ardern said she shared the frustrations voiced by the victims of loved ones, but also noted that authorities were under significant strain due to the number of victims.

She said 30 of the victim's bodies have been identified and approved for release.

"I know the process has been incredibly difficult, frustratingly slow from the perspective of family members, but on the (other) side, I've seen those who are working on this process as well and I can also acknowledge that they are working incredibly hard too," Ardern said.

Arden said she had met with Muslim community leaders and her primary aim was to reunite victims with their families. "I am absolutely united for our determination to reunite families with their loved ones."

On Tuesday, Ardern had used her first appearance in Parliament since the attack to praise the "extraordinary courage" demonstrated by mosque worshipers and police during one of the country's "darkest days."

She also noted that "there have rightly been questions around how this could have happened here. In a place that prides itself on being open, peaceful, diverse. And there is anger that it has happened here."

Since the massacre, Ardern has spoken with emotion and empathy, reassuring families and updating the public with the latest on the investigation. It has been the 37-year-old's face -- and not that of the suspected shooter -- that has come to dominate media coverage.

During her Tuesday address, Ardern vowed never to use the alleged shooter's name: "He is a terrorist, he is a criminal, he is an extremist, but he will, when I speak, be nameless, and to others I implore you: Speak the names of those who were lost rather than the name of the man who took them. He may have sought notoriety but we in New Zealand will give him nothing -- not even his name."