A baaaaaaaad commute: Goats on track cause delays for New York subway 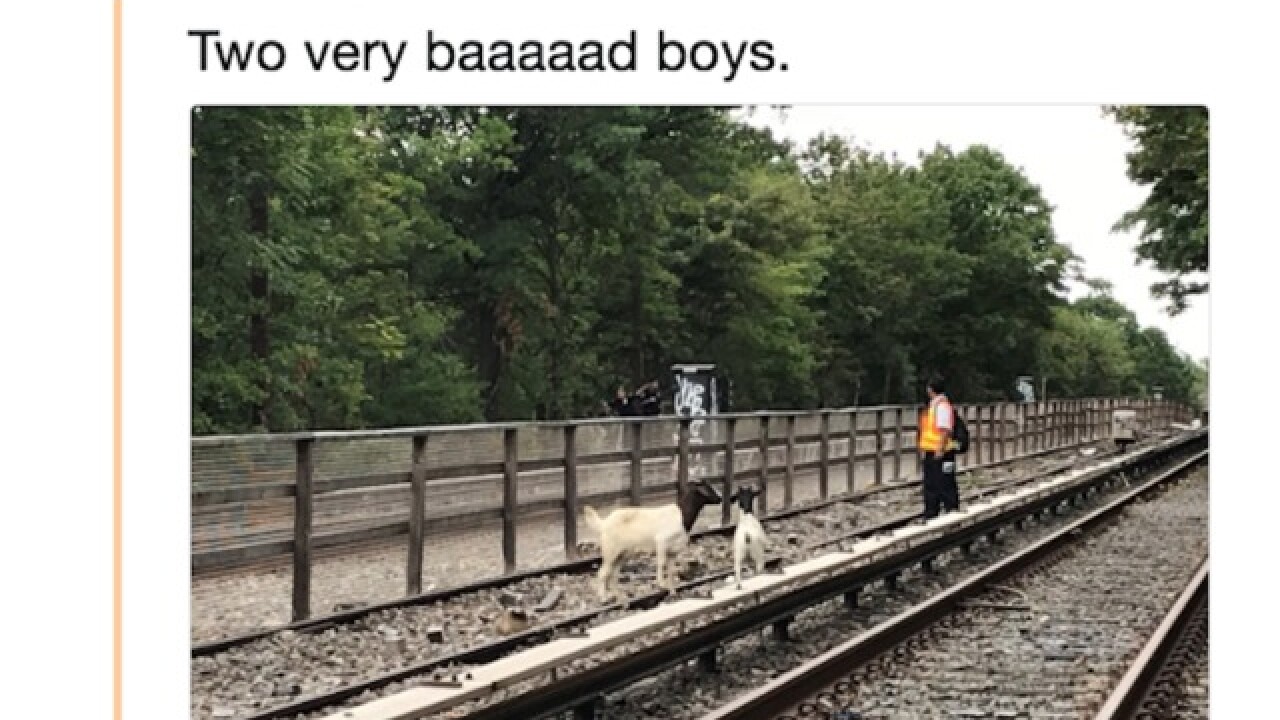 Usually, commuters on the New York subway only have to avoid giant, pizza-loving rats. But on Monday, riders were on the lookout for a pair of goats.

According to the New York's Metro Transportation Authority, a pair of goats were spotted roaming subway tracks in Brooklyn on Monday morning.

According to WNBC-TV, the goats were first spotted on N train tracks near Green-Wood Cemetery. Police and animal control responded to capture the two animals.

The MTA originally said that the goats were not affecting service, but WNBC later reported that trains were rerouted to allow officials to capture the goats.

The goats were reportedly tranquilized and taken to an animal shelter.

In a tweet on Monday, the MTA called the two delinquent goats " very baaaaad boys."

Southbound N trains are running on the D line from 36 St to Coney Island Stillwell Av while the NYPD safely retrieve goats from the tracks. pic.twitter.com/oDy0KVk6PL