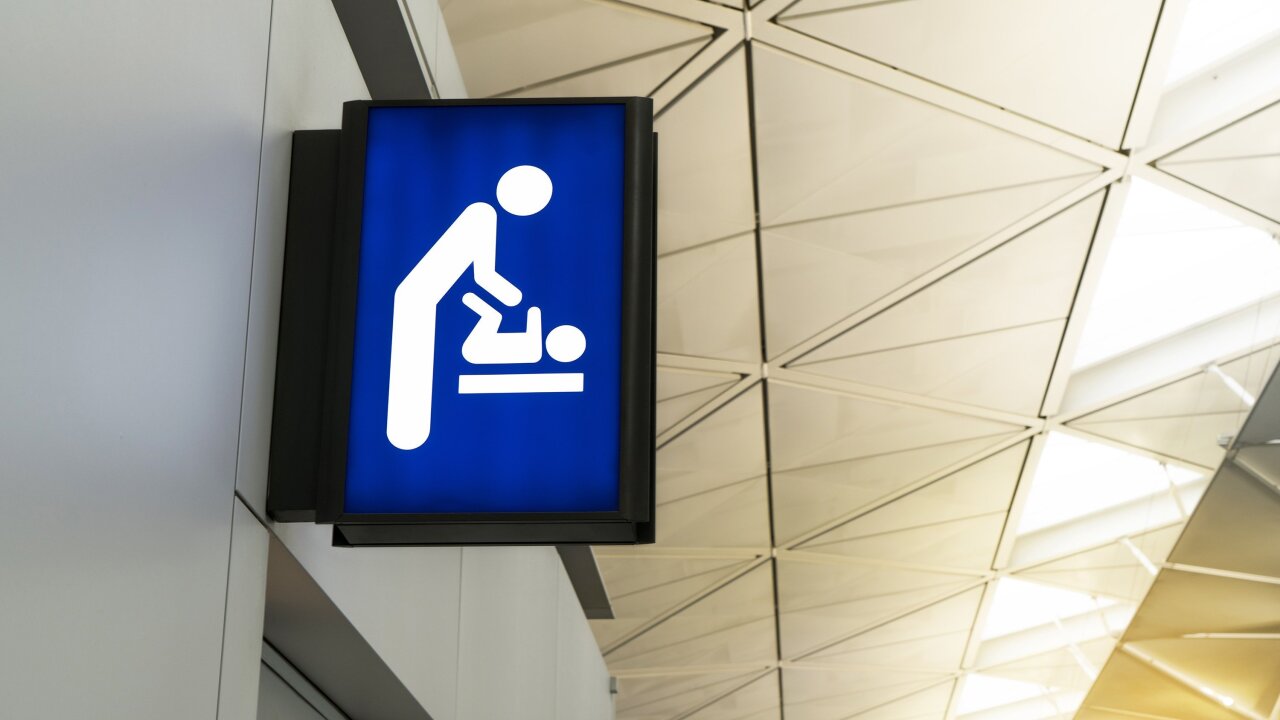 Shutterstock/Shutterstock
Change is coming to men's restrooms in New York -- and it's going to be a big help to fathers all over the state.

(CNN) -- Change is coming to men's restrooms in New York -- and it's going to be a big help to fathers all over the state.

A new law requires all new or renovated buildings in New York that have bathrooms used by the public to make changing tables available to both men and women.

The rule, which passed in April 2018 but didn't go into effect until the new year, applies to restaurants, stores and movie theaters as well as state facilities such as parks and offices of the Department of Motor Vehicles.

At least one changing table must be available to both genders on each floor of a building that is accessed by the public, according to the law. The legislation also states that building managers should post clear signs showing the location of the nearest available changing table.

There was no previous state law that required changing tables in bathrooms used by the public, according to a statement from the office of Gov. Andrew Cuomo when the legislation passed.

"Parents and caregivers of young children often struggle to find a safe, sanitary place to change their child's diaper," the statement said. "In addition, when changing tables are available, they are disproportionately available in only women's restrooms."

State Sen. Brad Hoylman, who wrote the legislation, said in a statement, "It's not just moms who change diapers. Dads need to step up and do their part of the dirty work, too."

Hoylman is one of the fathers who took to social media to document the difficulty men face when changing their children's diapers.

Hoylman, who is gay, also said in the statement the new law is a step in "recognizing new parental norms, including a new generation of gay dads like me who no longer should have to change their babies on the bathroom floor because there's no changing station in the men's restroom."

According to the Pew Research Center , fathers are much more involved in child care than they were 50 years ago. Data analysis of American Time Use Survey from 2016 shows fathers reported spending about eight hours a week on child care -- triple the time they reported in 1965.

Last year, a Florida father went viral after sharing photos of himself squatting on the restroom floor of a steakhouse while changing his son's diaper.

In 2016, President Barack Obama signed a Bathrooms Accessible in Every Situation Act , or the BABIES Act, which requires diaper-changing tables in all restrooms in public federal buildings, such as courthouses and post offices.

According to the BABIES Act, if a bathroom doesn't have a changing table, hallway signs must direct parents to the nearest facilities.