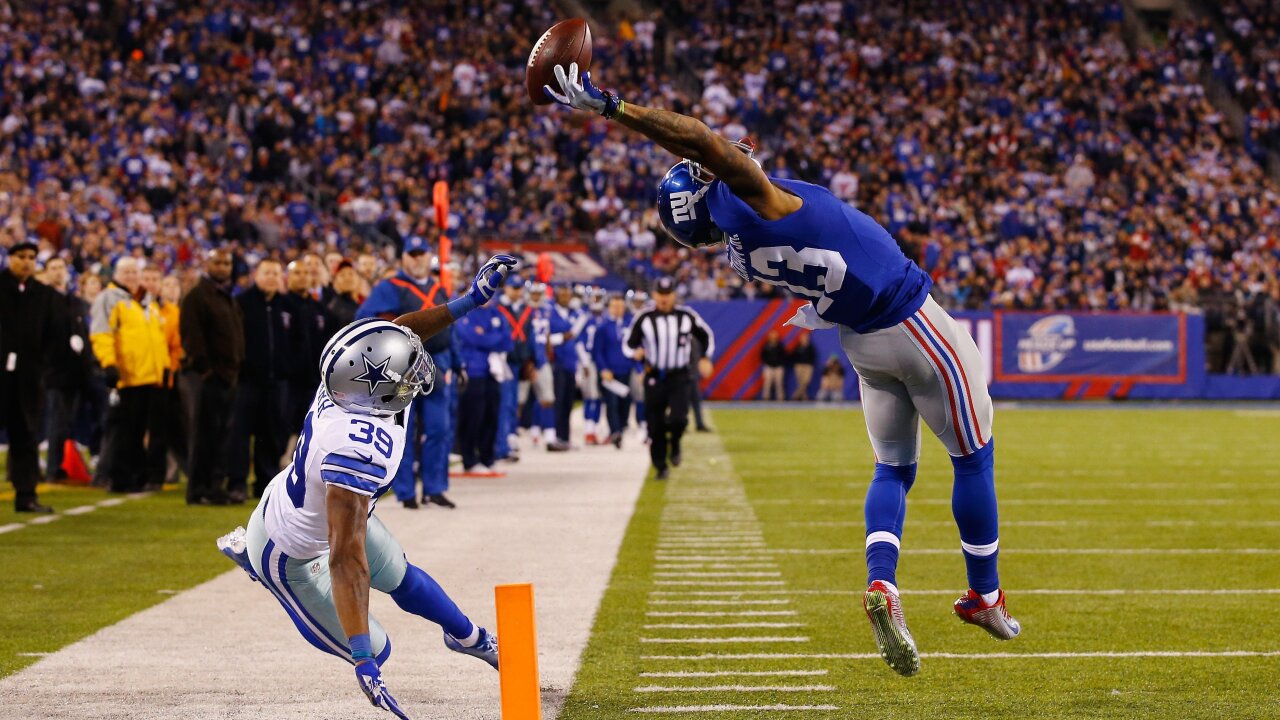 (CNN) -- An NFL superstar is on the move, and it's to a destination that would have been considered inconceivable a couple of years ago.

The New York Giants are trading wide receiver Odell Beckham Jr. to the Cleveland Browns, according to a source familiar with the deal. In return, the Giants will get safety Jabrill Peppers, the No. 17 pick of this year's NFL draft and a 2019 third-round pick.

The trade will become official when the league year begins at 4 pm Eastern time on Wednesday.

Beckham, 26, is arguably the NFL's most electric player -- on and off the field. Last year, the Giants gave him a reported $95 million contract extension in August.

On Wednesday, Beckham posted on Instagram an image of himself depicted in a Browns jersey, with the caption "Dawgs gotta eat."

With the move, the Browns' odds to win the Super Bowl LIV next season have increased .

It's a position Browns fans haven't been accustomed to in decades. The team went 0-16 in the 2017 season and last reached the playoffs in the 2002 season. All of their titles came in the pre-Super Bowl era, with their last coming in 1964.

But expectations changed a year ago, when Browns general manager John Dorsey made Baker Mayfield the first overall in the 2018 NFL draft. The Browns went from winless to almost clinching a playoff spot, finishing the season 7-8-1.

Drafting Mayfield is one of several moves that Dorsey, who was named the Browns' GM on December 7, 2017, has done to overhaul Cleveland's roster.

His moves last offseason included trading for wide receiver Jarvis Landry (signing him to a multi-year extension) and defensive back Damarious Randall. In addition to selecting Mayfield, Dorsey drafted defensive back Denzel Ward as the fourth overall pick.

Last month, the Browns signed running back Kareem Hunt , who had been released by the Kansas City Chiefs after a video surfaced appearing to show him pushing and kicking a woman. Dorsey also reportedly agreed to acquire linebacker Olivier Vernon from the Giants. Both are Pro Bowlers.

Reactions to the trade poured in, including from Mayfield, who posted a photo of OBJ, Landry and himself on Instagram as well as posting a single word on Twitter: " Movement ."

Landry, who previously was Beckham's teammate when the pair played at LSU, posted on Instagram , "#DAWGSGOTTAEAT."

Even LeBron James weighed in on the news, with the Akron, Ohio, native posting on Instagram , "OH MY!!!! S*#% just got REAL!!"

The 12th overall pick in the 2014 NFL draft and a three-time Pro Bowler, Beckham had the best three-season start by a wide receiver in Giants history.

His 288 receptions, 4,122 yards and 35 touchdowns all are records for a Giants player in his first three seasons. In fact, he had the three-year touchdown receptions record with 25 -- in his first two seasons.

Beckham was limited to four games in 2017 because of ankle injuries. He had 77 receptions for 1,052 yards and six touchdowns last season.