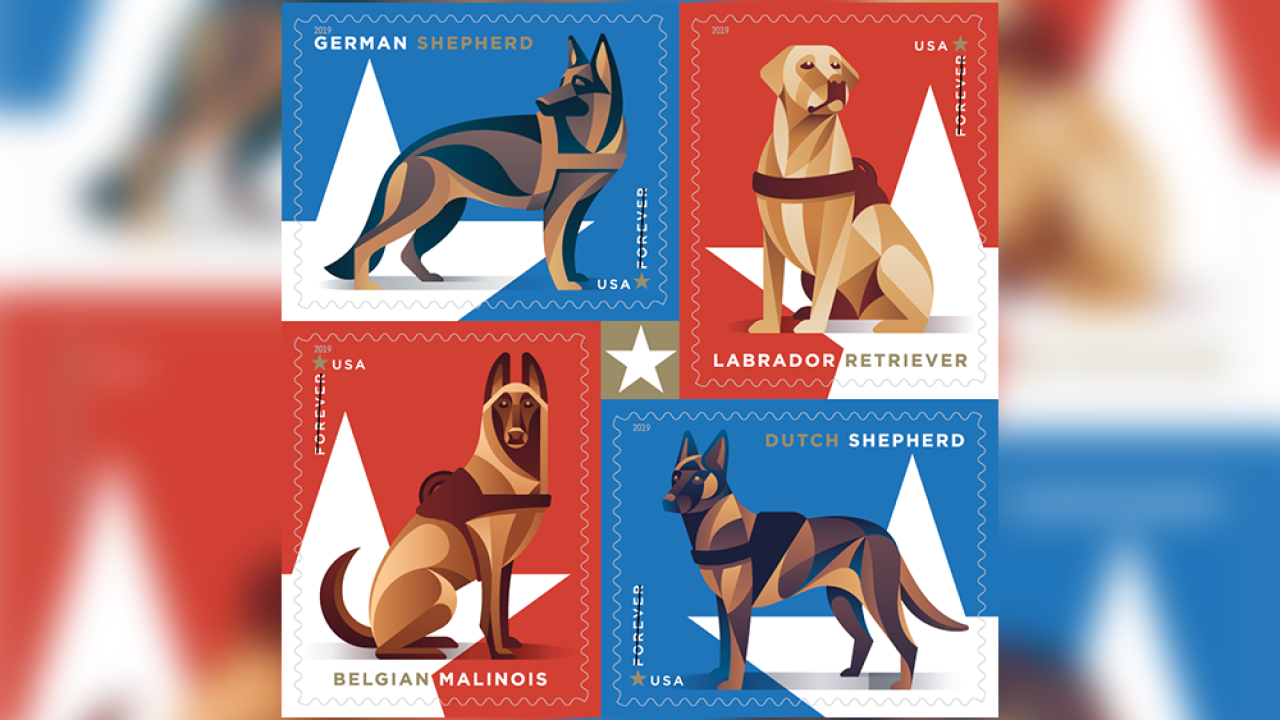 The USPS is honoring military dogs with its newest set of forever stamps.

The four new stamp designs each features a different dog breed that represents the most common military dogs — a German shepherd, a labrador retriever, a Belgian malinois and a Dutch shepherd.

According to a press release from the USPS, dozen of dog breeds have been used by all branches of the military. Dogs have served and aided soldiers in all American wars dating back to World War I.

The dogs were hand-sketched by artists at DKNG studios before being colorized in Adobe Illustrator. The desig

n of the stamps is credited to USPS Art Director Greg Breeding.

The stamps went on sale Thursday. A 20-stamp book costs $11 and can be used forever.