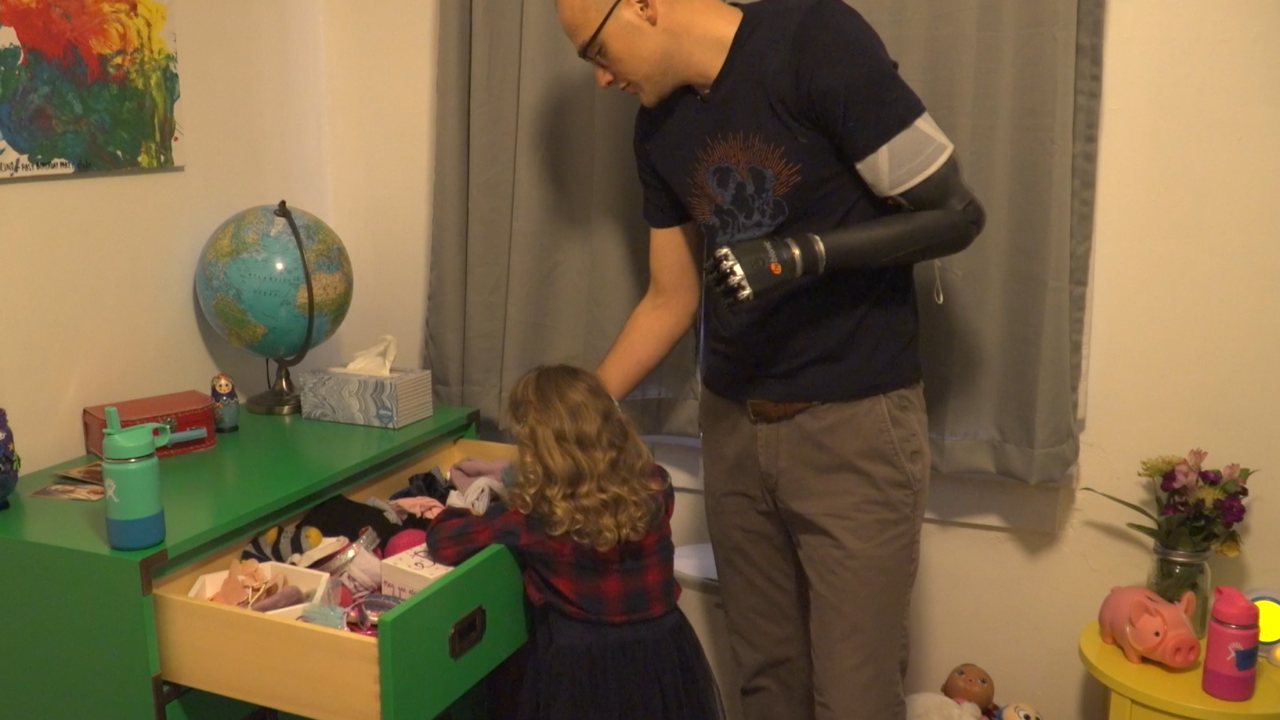 Right now, nearly 2 million people are living with limb loss in the United States. But new technology is bringing hope, with a prosthetic that responds to what a person is thinking.

Whether it's picking out socks or picking up LEGO blocks, Mario Gasbarro seems to be doing it all just fine, using what his kids affectionately call his “robot arm.”

“They seem to enjoy it more than my old arm,” Gasbarro jokes.

At just 34 years old, Gasbarro’s doctors told him the lump that had been growing on his elbow was a malignant tumor. As it grew, his doctors determined amputation was his best option.

“I don't need my left arm to be able to love my kids and love my wife and to be there for them, so that was always a priority,” Gasbarro says.

Now, he’s living with this prosthesis, which moves based on how he thinks and moves his muscles.

Through a process called targeted muscle reinnervation, Dr. Schnur attached the nerves from Gasbarro’s forearm that power the hand to muscles in his elbow.

“And then what happens is when Mario thinks about closing his hand, instead of causing a muscle to fire down his forearm, it causes a muscle to fire up in his in his biceps,” Dr. Schnur describes.

Those signals are then picked up by his prothesis through pattern recognition.

“He contracts the muscles. That makes sense for him to close the hand and the computer on the prostheses picks that up and is then able to convert that specific signal into a hand closed,” Dr. Schnur says.

Gasbarro says it's not second nature just yet, but he's getting there with practice.

“I’ve never felt limited, or like, I’m not able to do anything,” Gasbarro says.