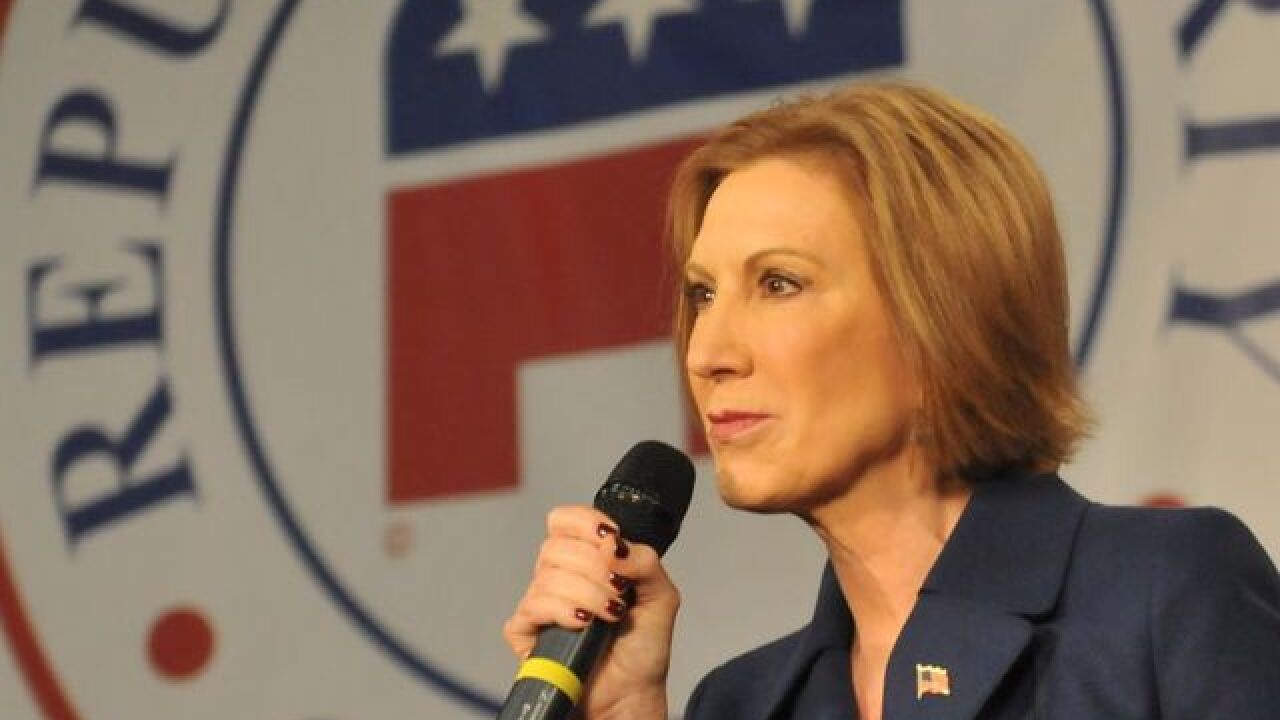 DOVER, N.H. (AP) — A top New Hampshire member of the Republican National Committee and the state's GOP U.S. senator are blasting ABC News's decision not to include Carly Fiorina in Saturday's debate in the first primary state, where the former technology executive has campaigned vigorously.

"The stage has plenty of room," Steve Duprey, chairman of the RNC's debate committee, wrote on his Facebook page Thursday night. "Whatever chance she might have had is negated by not allowing her on stage."

Likewise, Sen. Kelly Ayotte of New Hampshire says Fiorina should be on stage and warns that her exclusion undermines New Hampshire's primary process. Duprey says he's spoken with the network and Fiorina's campaign, but ultimately does not have control over who makes the stage. Duprey did not immediately return requests for further comment Friday.

ABC chose the debate lineup based on criteria previously agreed upon, including performances in the Iowa caucuses and averages of recent New Hampshire polling. ABC declined to comment on New Hampshire Republicans' calls for Fiorina to be on stage.

Although she's running near the bottom of the pack, Fiorina has built up good will in New Hampshire by spending roughly 50 days campaigning here. Even people who don't plan to vote for her often list her as a candidate they respect and admire, and she was the only candidate to receive a standing ovation at a recent candidate forum put on by the state GOP that included speeches from Marco Rubio and Jeb Bush.

"I think she should be on (stage)," said Glenn Bergeron, a voter from Greenland, New Hampshire. "She'd give those guys a run for their money. I know she'd be better than Rubio, and I think she'd hold her own with Christie."

Bergeron is choosing between Fiorina and Christie.

State Sen. Jeanie Forrester, one of Fiorina's top New Hampshire backers, says she and other Fiorina supporters are making calls in an effort to reverse the decision. She sees ABC's call as an attempt to winnow the primary field by ignoring early state voters, a charge networks have faced throughout the debate process.

Likewise, Hillsborough County GOP chairman Mark Vincent worries news stations are taking away power from primary voters by choosing who is on stage.

"We want the primary results to be driven in large part by that sort of one-on-one interaction," he said. "If it's just an exercise in television than you could have your first-in-the-nation primary anywhere."