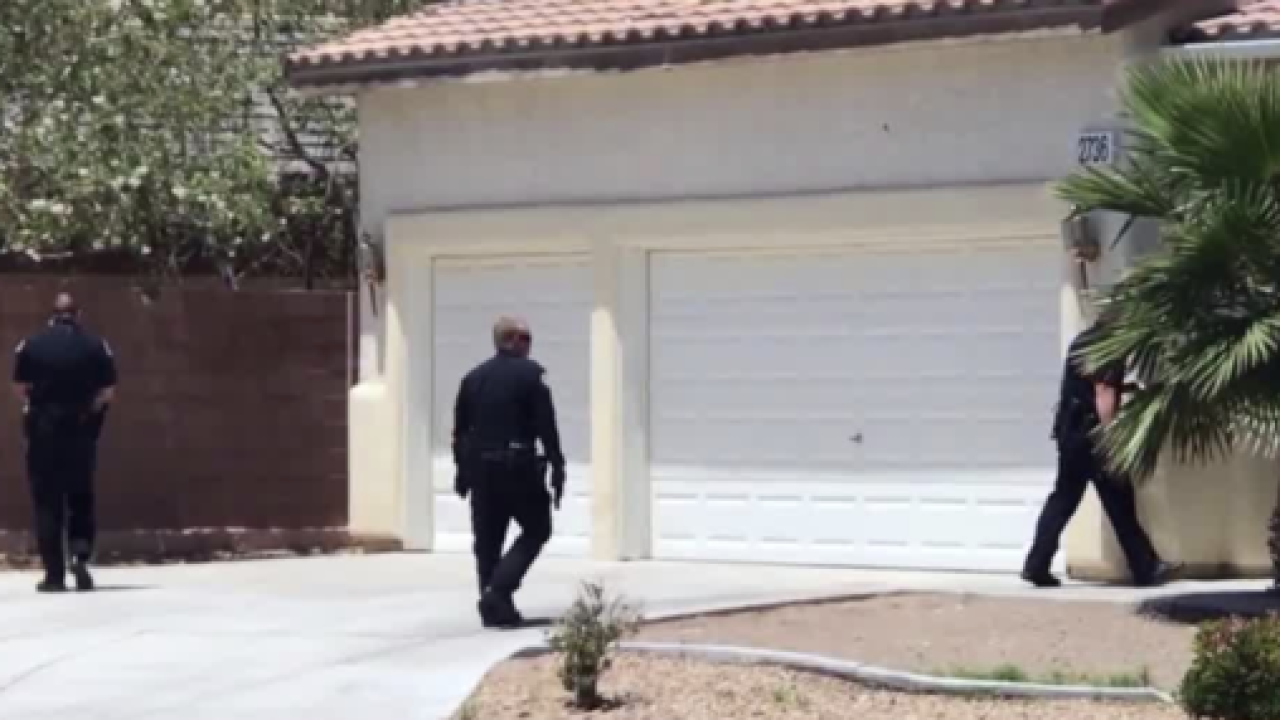 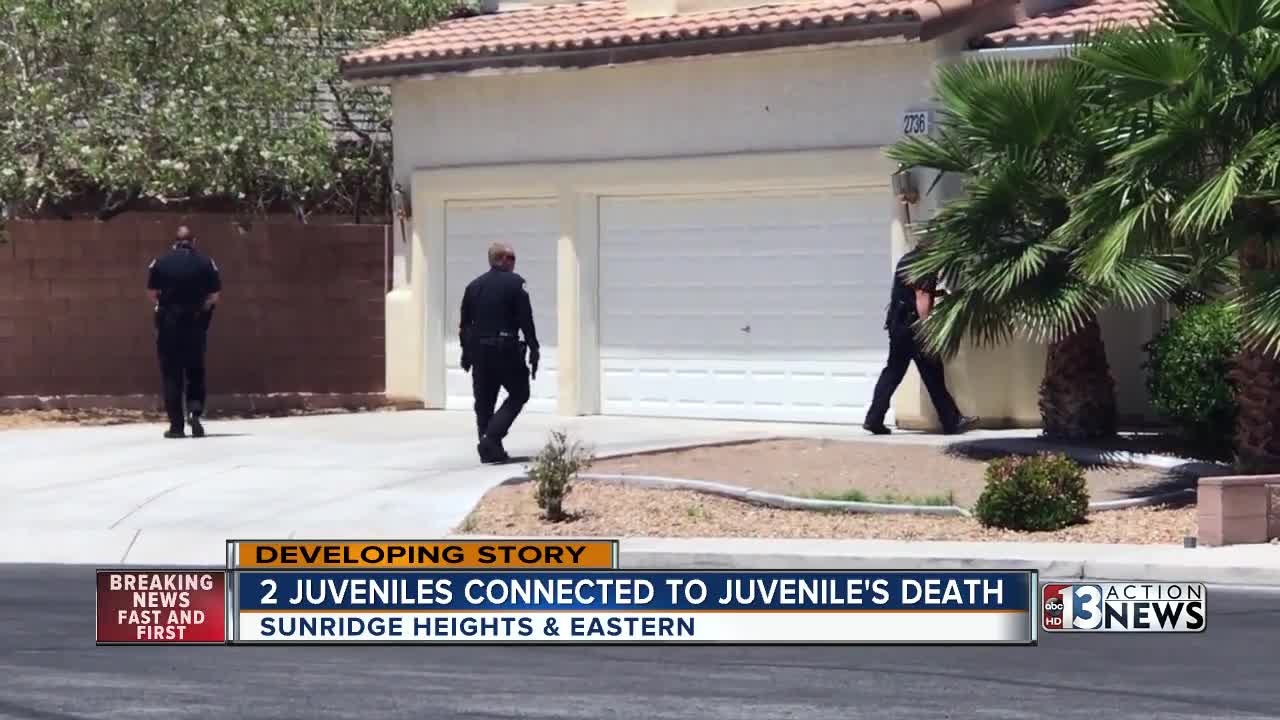 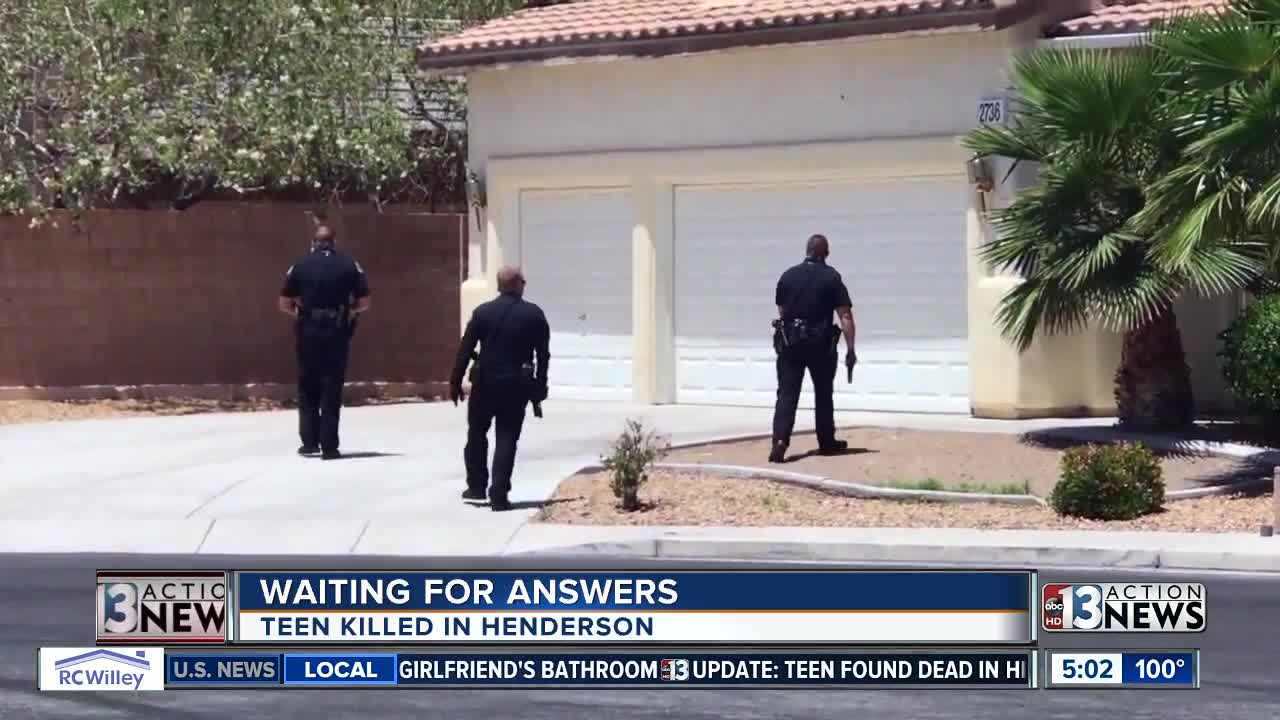 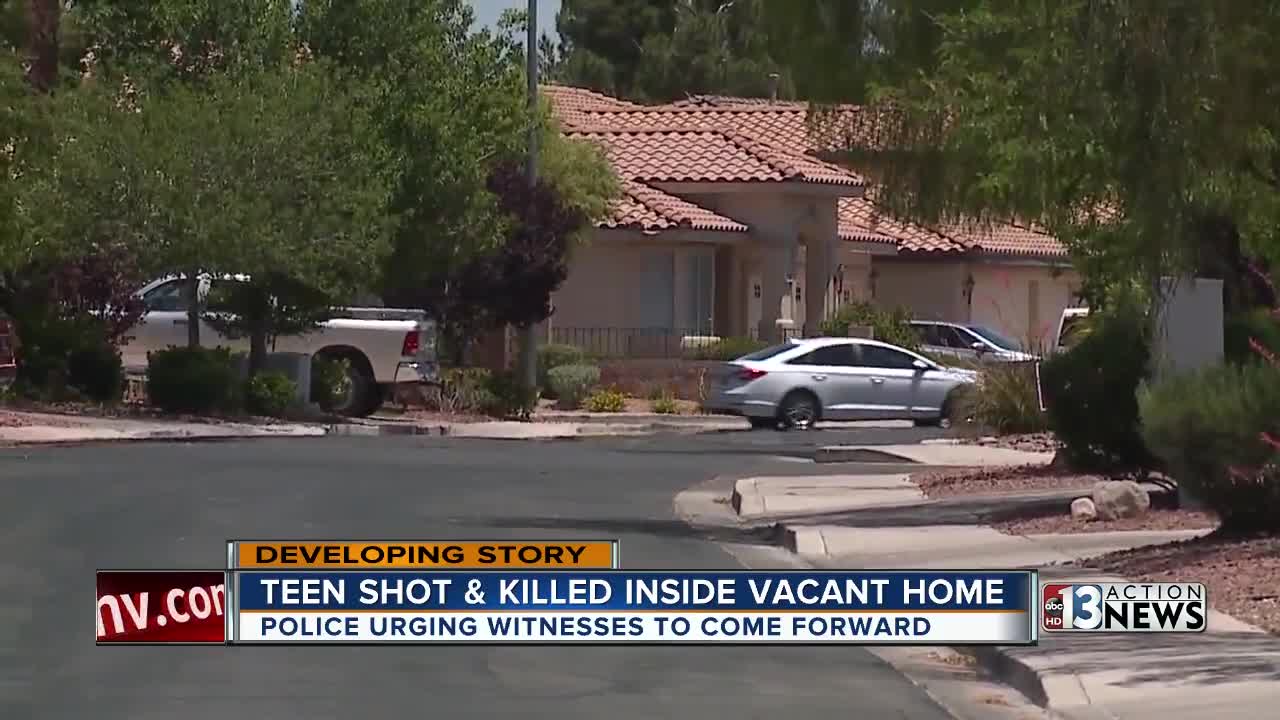 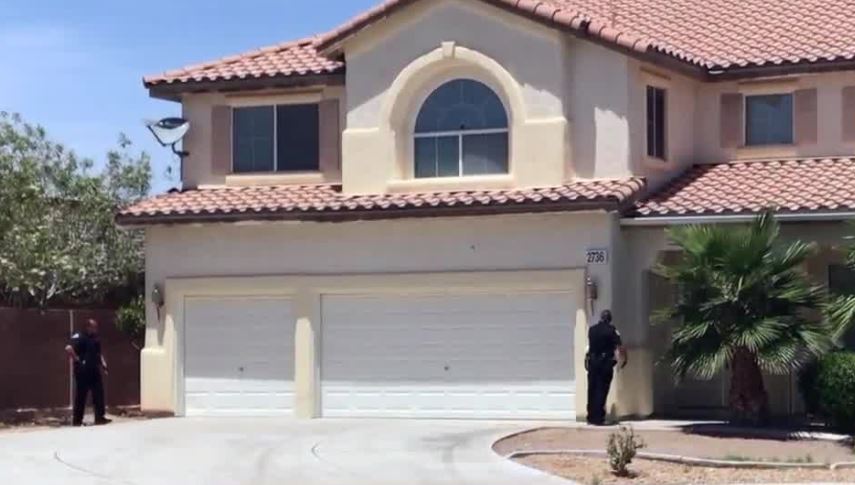 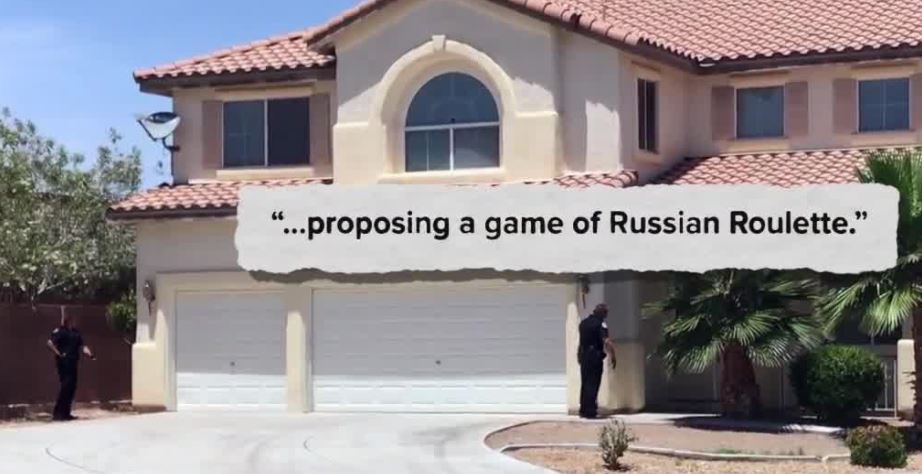 Police say that Matthew Minkler of Las Vegas, Nevada may have been killed during a modified game of Russian roulette on the morning of June 8.

According to the arrest report, Jaiden Caruso and Kody Harlan left Minkler to bleed out on the kitchen floor of the vacant home immediately after the shooting. They returned to the house shortly after to clean up the scene and hide the body. At no point did they attempt to render aid, according to the report.

Minkler's body, covered by a plastic sheet, was later found in a closet. It was also observed that a profanity had been spray painted on the closet door.

Caruso and Harlan were arrested Friday evening after they crashed a stolen car during a police chase. Several juveniles inside the car got out and ran.

Harlan told police after he was taken into custody that he had been present during a murder which took place earlier in the day. He then led police officers to the abandoned home on Cool Lilac Avenue.

According to Harlan, Minkler was shot in the face by Caruso. Harlan said that Caruso "never allowed the other participants to handle the firearm or pull the trigger themselves."

Several videos of the scene of the shooting were found on Caruso's cell phone, along with videos of him with a gun before the shooting. Caruso can be heard saying "Bro, I just caught a body." The phrase "caught a body" usually means that the person is saying they have killed someone. Another voice can be heard asking what to do with Minkler's body. Caruso does not respond and walks "calmly to the kitchen sink, wets his hands and begins to clean his shoes."

Minkler's wallet and a gun were found in the stolen vehicle. Police were able to determine that Caruso and Harlan took $300 from the wallet after the shooting and purchased shoes and drugs before they were arrested by police.

Caruso and Harlan are being held at the Clark County Detention Center. They have been certified as adults by the district attorney.

LATEST UPDATE: Two teenagers have been charged for the murder of 17-year-old Matthew Minkler in Henderson, Nevada on June 8.

The two teens are 16-year-old Jaiden Caruso and 17-year-old Kody Harlen. They were arrested after being caught in a stolen car.

Minkler was shot in the head.

UPDATE JUNE 12: Officers are urging anyone who may have witnessed the murder of Matthew Minkler to come forward.

Police don't believe a party was taking place during the time of the murder but they do think several people were hanging out inside when the incident occurred.

They are currently trying to locate other teens they believe may have been inside the home at the time of the murder, in hopes of strengthening their case against the two suspects they have in custody.

UPDATE JUNE 11: 17-year-old Matthew Minkler has been identified as the teen found dead in a home in the 2000 block of Cool Lilac, according to the Clark County coroner.

13 Action News spoke with friends of Matthew Minkler, the teen found dead in a vacant Henderson home, and they described him as a bright young man with a big personality.

Neighbors in the area say this is the first time in a long time police responded to the area. Henderson police say they haven't responded to that neighborhood since 2013.

UPDATE JUNE 10: The victim's mother says that her teenage son was found dead 2000 block of Cool Lilac in Henderson and the family is going door to door for answers.

Meanwhile, police officers were back at the home on June 10 after a call was placed by neighbors saying someone had re-entered the home. Officers searched the property and found no one there at the time.

ORIGINAL STORY: The Henderson Police Department has arrested two male juveniles who they believe are responsible for the murder of another male juvenile.

At approximately 7:20 p.m. on June 8, Henderson police attempted to stop a vehicle that was driving in a recklessly in the area of East Sunset Road near Green Valley Parkway.

While attempting to flee from police, the vehicle ran a red light resulting in a crash at the intersection of Sunset Road and Green Valley Parkway. Several juveniles fled on foot from the crashed vehicle, which was later learned to be reported stolen out of Las Vegas on June 1.

With the assistance of the Las Vegas Metropolitan Police Department Air Support and K-9 Units, Henderson police were able to locate, identify and detain all suspects that fled from the stolen car. One of the suspects, a juvenile, was arrested for the theft of the vehicle and other traffic-related charges.

Another juvenile was arrested on unrelated charges. As a result of the investigation, Henderson police were provided with information about a possible homicide which occurred at a vacant residence in the 2000 block of Cool Lilac in Henderson.

On June 8 at approximately 11:15 p.m., detectives confirmed that a male juvenile had been located deceased inside of the residence and that the circumstances surrounding his death were suspicious in nature.

The two juveniles were booked into Clark County Juvenile Hall.