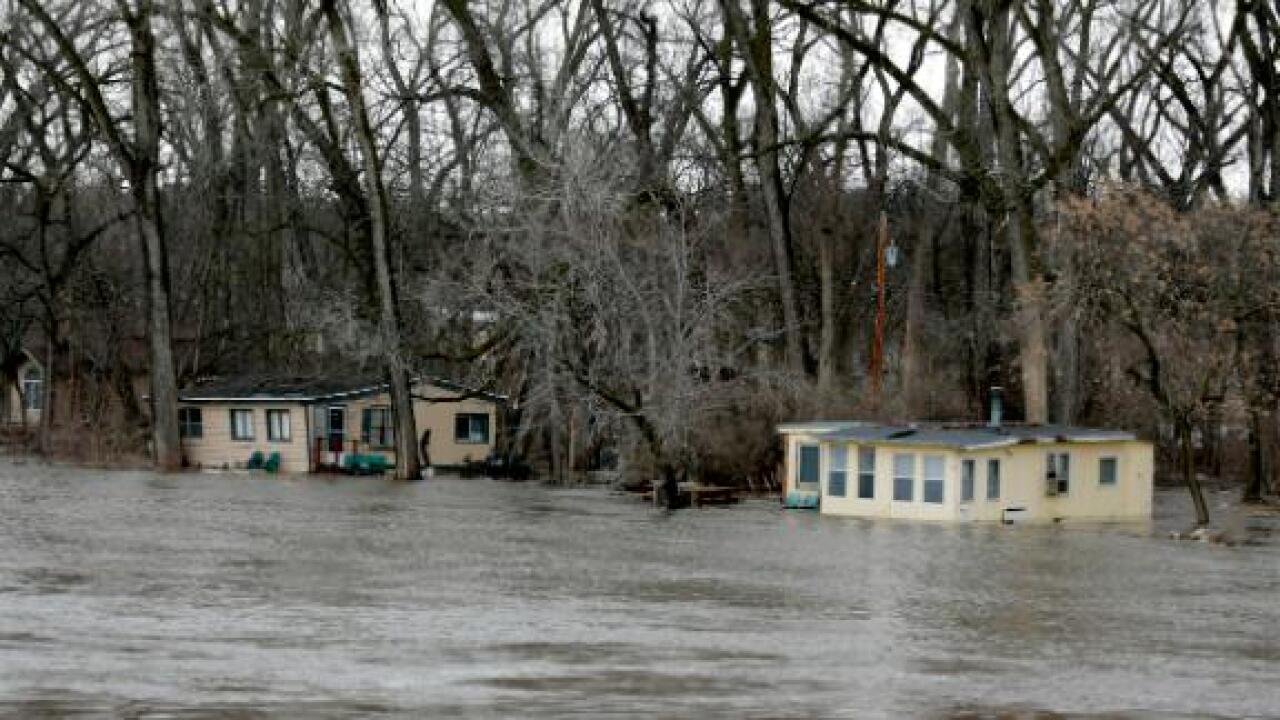 Parts of Iowa, Missouri and Nebraska are grappling with the aftermath of a powerful "bomb cyclone" that turned some areas into swamps as rivers spilled over highways and residential areas.

The "bomb cyclone" slammed the central US with hurricane-like winds and blizzard conditions this week, leaving in its tracks heavy rains and flooding.

In a news conference Friday, Nebraska Gov. Pete Ricketts said the state has experienced historic flooding in nearly every region.

"This is the largest widespread amount of flooding we've had in the last half century," he said, according to CNN affiliate KTIV.

Nebraska rescue teams have been pulling trapped residents out of flood waters since Thursday.

James Wilke, a Columbus farmer, got a call to assist a stranger, and never came home. According to CNN affiliate KMTV , a close family friend posted on social media about his last moments.

"It is no surprise to anyone that knew James that when he got the phone call to assist emergency responders ... his answers would be yes," Jodi L. Hefti wrote on Facebook.

"With the guidance of emergency responders, James drove his tractor over the Shell Creek bridge on the Monestary Road and the bridge gave out. James and the tractor went down into the flood water below."

CNN affiliates KOLN and KGIN reported the Nebraska Emergency Management Agency confirmed a flood-related fatality in Platte County. The mayor of Columbus also told the affiliate stations that person was a farmer on a tractor out to rescue someone from the flood waters.

Crews around Platte Valley were rescuing residents from King Lake when they were also stuck.

Fifteen volunteers were stranded on the lake, eventually rescued themselves with the help of the Nebraska National Guard, which brought in a Black Hawk helicopter, according to CNN affiliate KETV.

The National Weather Service predicts "much calmer" weather in most areas this weekend,. However, flooding will persist throughout the Mississippi and Missouri river.

"Anyone with interests along impacted rivers should monitor closely/take action," the weather service said.

Many central Iowa rivers may see moderate flooding into next week from the rain and snowmelt runoff, the weather service said. A flood warning for northern and parts of central Iowa has been extended through Saturday evening as "local creeks and streams, as well as the main river branches are running high," according to the weather service.

In Wisconsin, Darlington officials said the city broke its flooding record, since the Pecatonica River crested at 18.2 feet in 1993, according to CNN affiliate KCRG.

"This is the worst flooding we've had since then," Darlington Police Chief Jason King said, according to the news station. "We're hoping that the damage and the actual effects that it could have on businesses and residents will be minor."