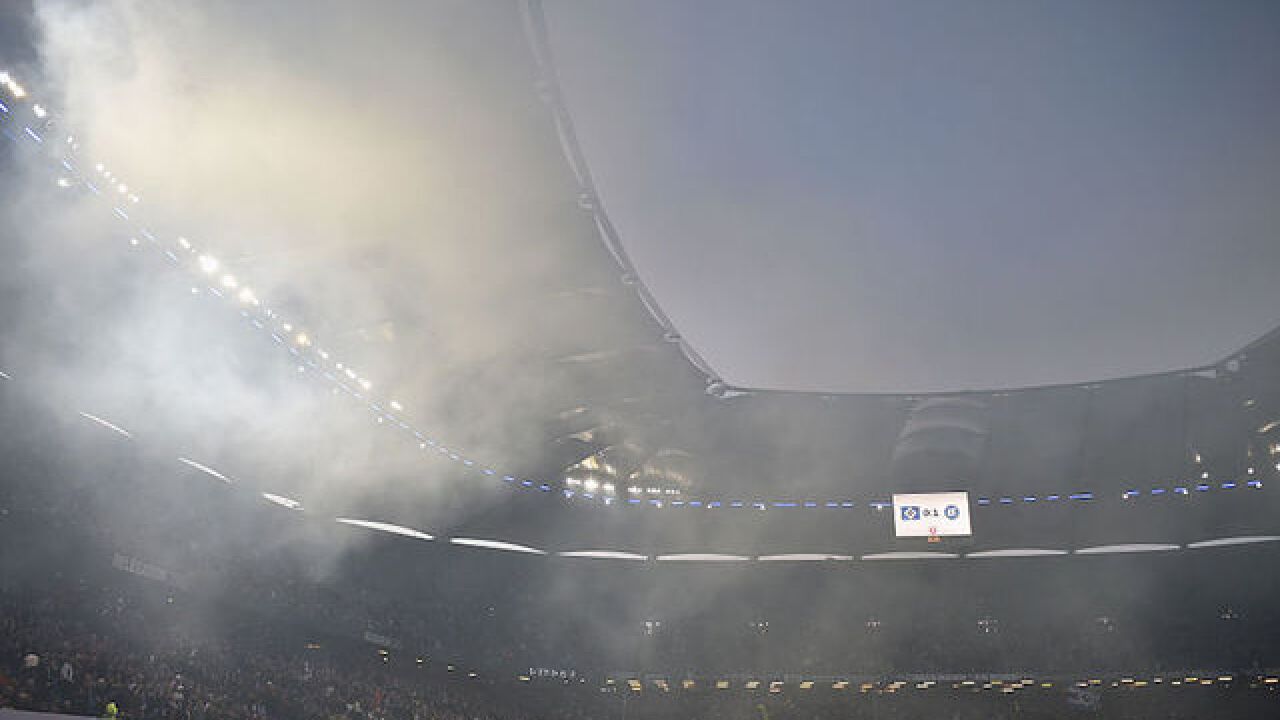 Image copyright 2018 Getty Images. All rights reserved. This material may not be published, broadcast, rewritten, or redistributed.
Stuart Franklin
<p>HAMBURG, GERMANY - MAY 28: A general view during the first leg of the Bundesliga playoff match between Hamburger SV and Karlsruher SC at the Imtech arena on May 28, 2015 in Hamburg, Germany. (Photo by Stuart Franklin/Bongarts/Getty Images)</p>

Hamburg is being relegated from the Bundesliga after a 55-year stint in Germany's top soccer league, and its fans are not happy. On Saturday in the closing minutes of its match against Borussia Monchengladbach, fans threw flairs and fireworks on the pitch, prompting players to leave the pitch in lieu of police in riot gear.

For more than 10 minutes, hundreds of officers, armed with shields and batons, guarded the pitch. The near riot began when Hamburg's relegation was made official by Wolfsburg's 4-1 home win over Cologne, in a game being played nearly simultaneously.

Hamburg lost US National Team star Bobby Wood in the 71st minute after he took his second yellow card.

Play resumed after the delay, and Hamburg won its season finale by a 2-1 margin.  The match was played in front of a full stadium of 57,000 fans.