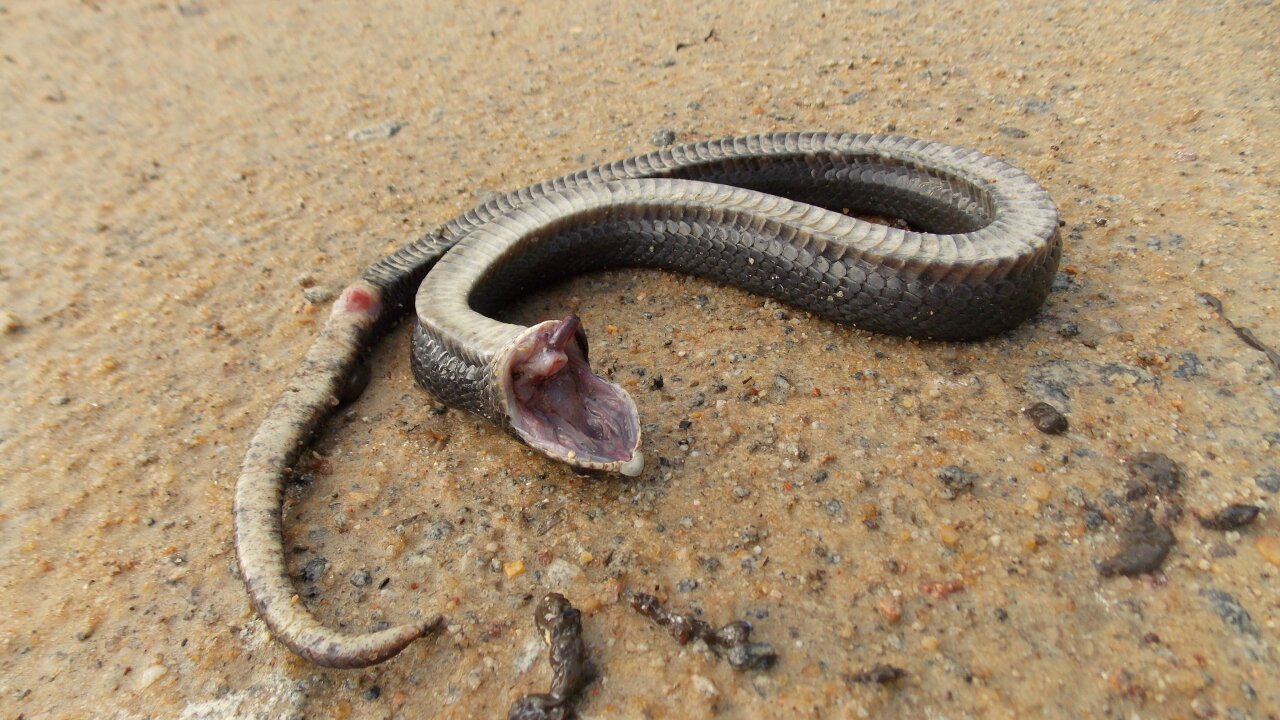 Shutterstock/Shutterstock
The eastern hognose snake likes to play dead by flipping itself upside down and opening its mouth.

The North Carolina Division of State Parks and Recreation posted a Facebook item about a "zombie snake," sending some people into a frenzy. But that sounds a lot more threatening than the creatures really are.

They're actually called the eastern hognose snake. And as the parks division said, these nonvenomous snakes are harmless.

They do, however, exhibit some strange behavior. When threatened, eastern hognose snakes often play dead by rolling onto their backs and opening their mouths.

"It will flip on its back and convulse for a short period and may defecate and regurgitate its food," the Florida Museum of Natural History says.

"It will then remain motionless with its belly up, mouth open, and tongue hanging out. It may play dead for several minutes before cautiously turning over, looking around to see if it is safe before crawling away."

The snakes are usually about 20 to 33 inches long and have a slightly upturned, pointed snout, according to the Florida Museum. Their coloration varies between yellow, tan, olive, brown, gray, orange or reddish brown with dark blotches.

Legend says the eastern hognose can mix venom with its breath and kill a human from 25 feet away. But the Florida Museum points out the snake's breath is harmless.

So, if you stumble across one of these "zombie snakes," feel free to enjoy the show without fearing for your life.