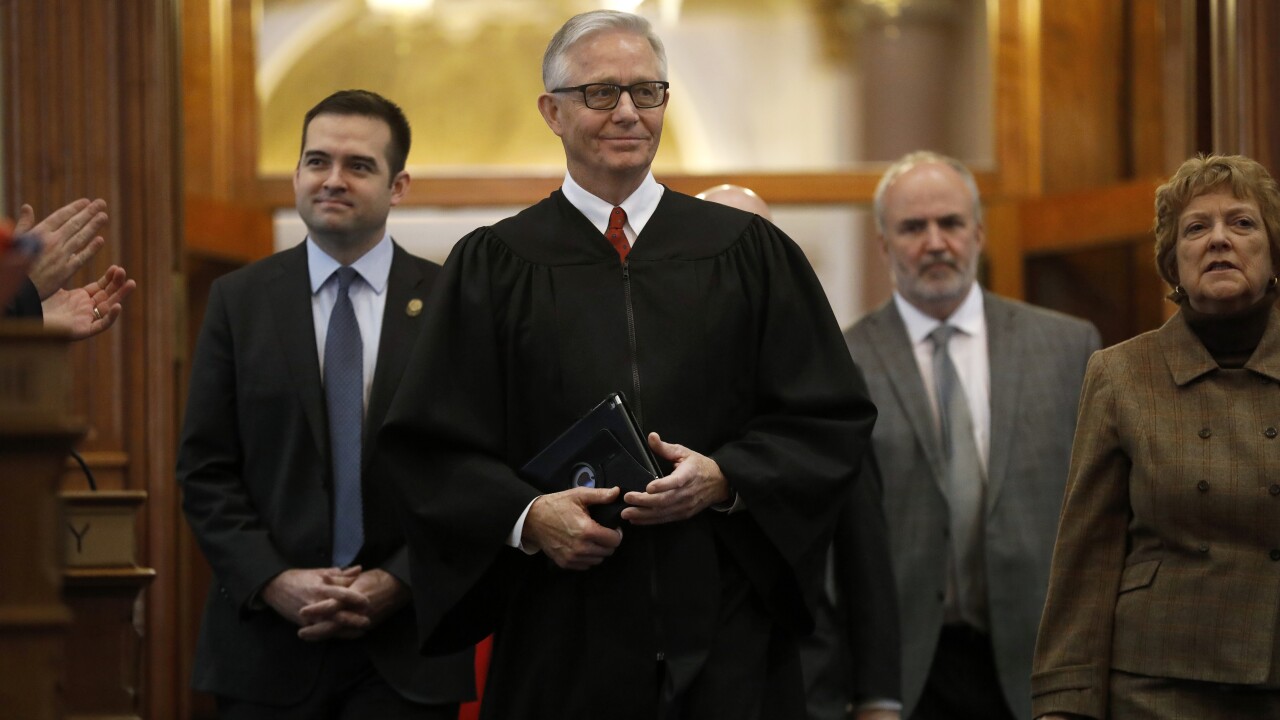 Charlie Neibergall/AP
Iowa Supreme Court Chief Justice Mark Cady, center, is escorted into the Iowa House chambers to deliver his Condition of the Judiciary address to a joint session of the Iowa Legislature, Wednesday, Jan. 16, 2019, at the Statehouse in Des Moines, Iowa. (AP Photo/Charlie Neibergall)

The decision stems from the case of two women, EerieAnna Good and Carol Anne Beal, who suffer from gender dysphoria, and their medical providers said getting sex reassignment surgery was necessary to treat them, the report said.

The report goes on to say that Beal and Good were first denied to have the surgery under the state's Medicaid program.

In 2017, Beal and Good sued the agency and in June of that year, a Judicial District 5 Court ruled that a "1995 Iowa Department of Human Services policy denying Medicaid coverage for sex reassignment surgery violates the state’s 2007 Civil Rights Act, which added gender identity to the state’s list of protected classes," the report said.

On Friday, the Iowa State Supreme Court upheld the lower court's decision, saying "that Good and Beal were denied sex reassignment surgery because they were 'related to gender identity disorders'," the NBC report said.