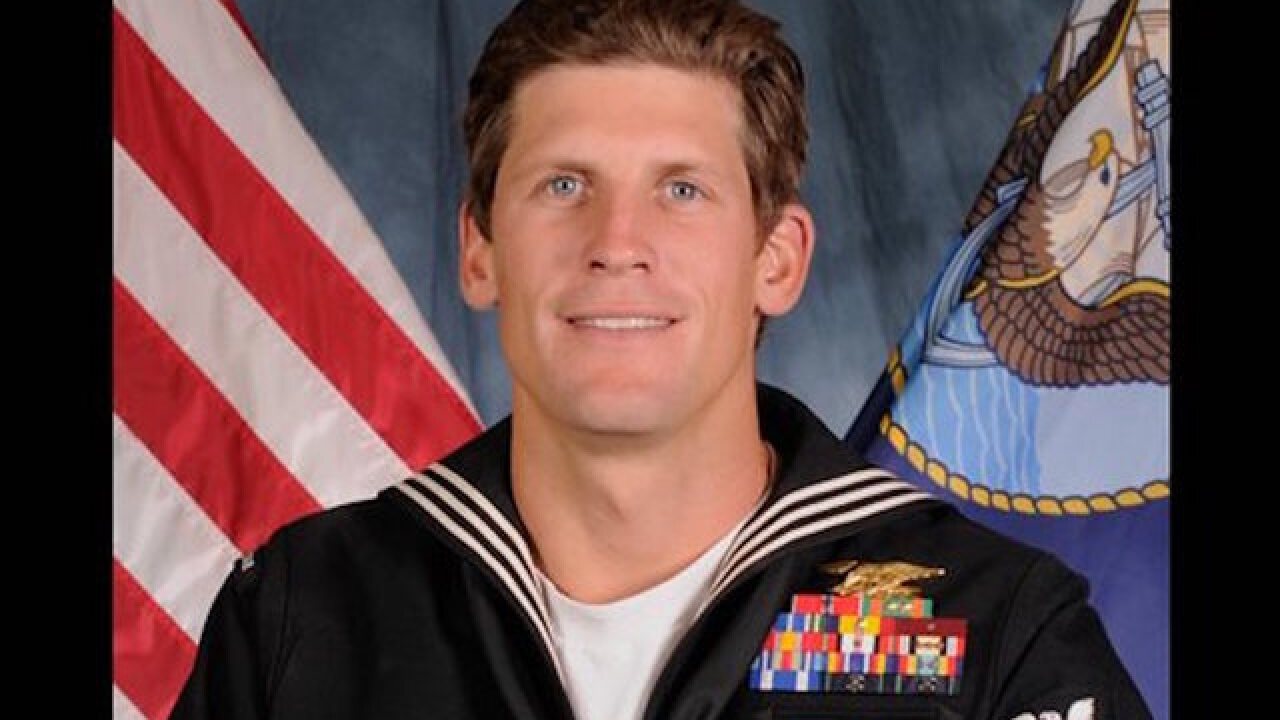 WASHINGTON (AP) — The U.S. Navy SEAL who was shot and killed by Islamic State militants in Iraq on May 3 is being promoted to the rank of chief petty officer, the Navy said Wednesday.

The announcement of the posthumous promotion for special warfare operator Charles Keating IV comes two days before his funeral in Coronado, California.

Lt. Cmdr. Nate Christensen, a Navy spokesman, said that Keating had been eligible to go before a promotion board this year, and that based on his evaluations and assignments, there was good reason to believe he would have been promoted.

While the promotion will not affect pay or benefits, Keating will be able to be buried wearing his new rank.

According to the Pentagon, Keating was part of a quick reaction force that moved in to rescue U.S. military advisers from an Islamic State attack.

Keating and other special operations forces went to the rescue of U.S. forces caught in a gun battle involving more than 100 Islamic State fighters. The small team of American advisers had gone to Teleskof, about 14 miles north of Mosul, to meet with Kurdish peshmerga forces.

The attack triggered a massive coalition air response that destroyed equipment, buildings and killed up to 60 militants.

Keating is the third U.S. service member to be killed in Iraq since U.S. forces returned there in 2014.

According to Christensen, 12 sailors have been posthumously promoted so far this year.

Keating will be buried Fort Rosecrans National Cemetery in San Diego. A public procession to honor him will take place Friday in Coronado, where Keating's SEAL Team 1 is based.