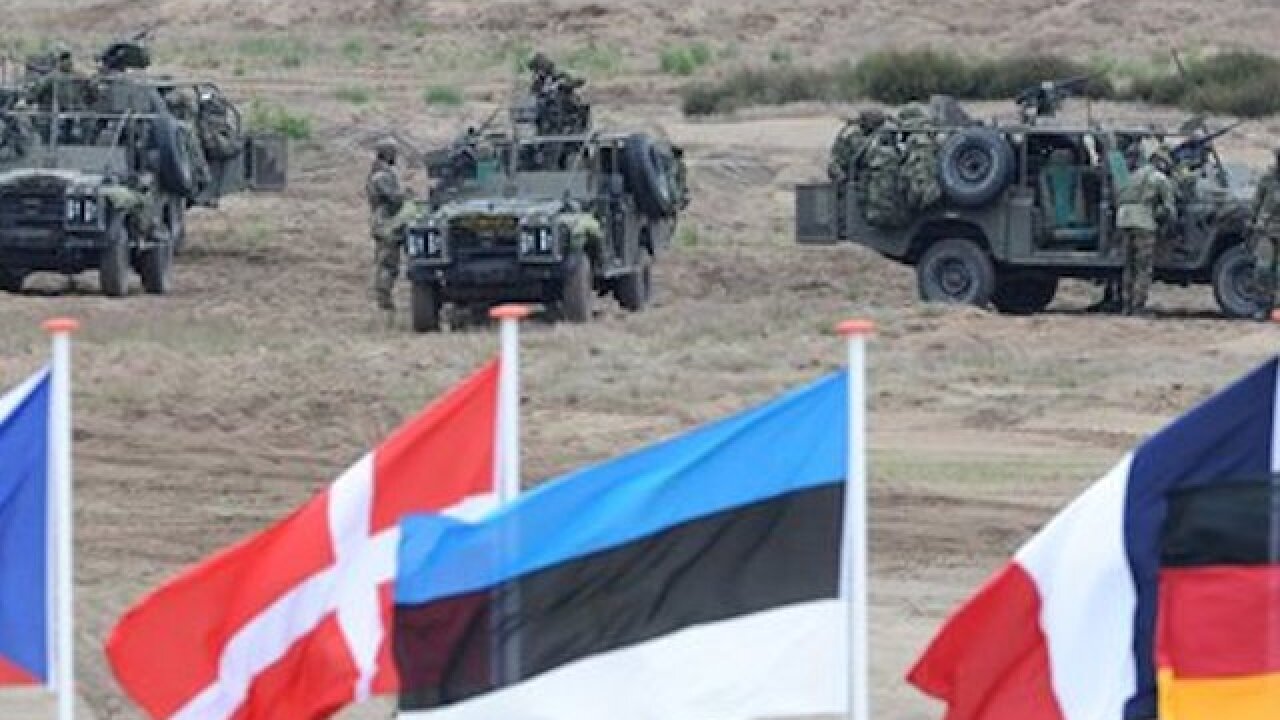 Copyright Associated Press
Alik Keplicz
<p>In this June 18, 2015,file photo flags wave in front of soldiers who take positions with their army vehicles during the NATO Noble Jump exercise on a training range near Swietoszow Zagan, Poland. Poland said Wednesday Feb. 3, 2016 it welcomes a U.S. plan to quadruple military spending in Europe in reaction to Russiaís military resurgence, yet the tone from several governments appears guarded as it remains unclear how much of the spending will translate into a real and lasting presence of troops and weapons on NATOís nervous eastern flank. (AP Photo/Alik Keplicz)</p>

The NATO chief, Jens Stoltenberg, said Wednesday that such enhancements, which could include stockpiles of military equipment and new infrastructure, will send a "clear signal" the alliance is ready and able to defend any of its members.

At their two-day meeting, the ministers are expected to discuss what their countries can do following the Obama administration's announcement that it wants to quadruple U.S. spending on measures to reassure frontline members of NATO worried about Russia.

Following a request from NATO members Germany and Turkey, ministers will also discuss what NATO could do to help slow the flow of migrants into Europe by sea.