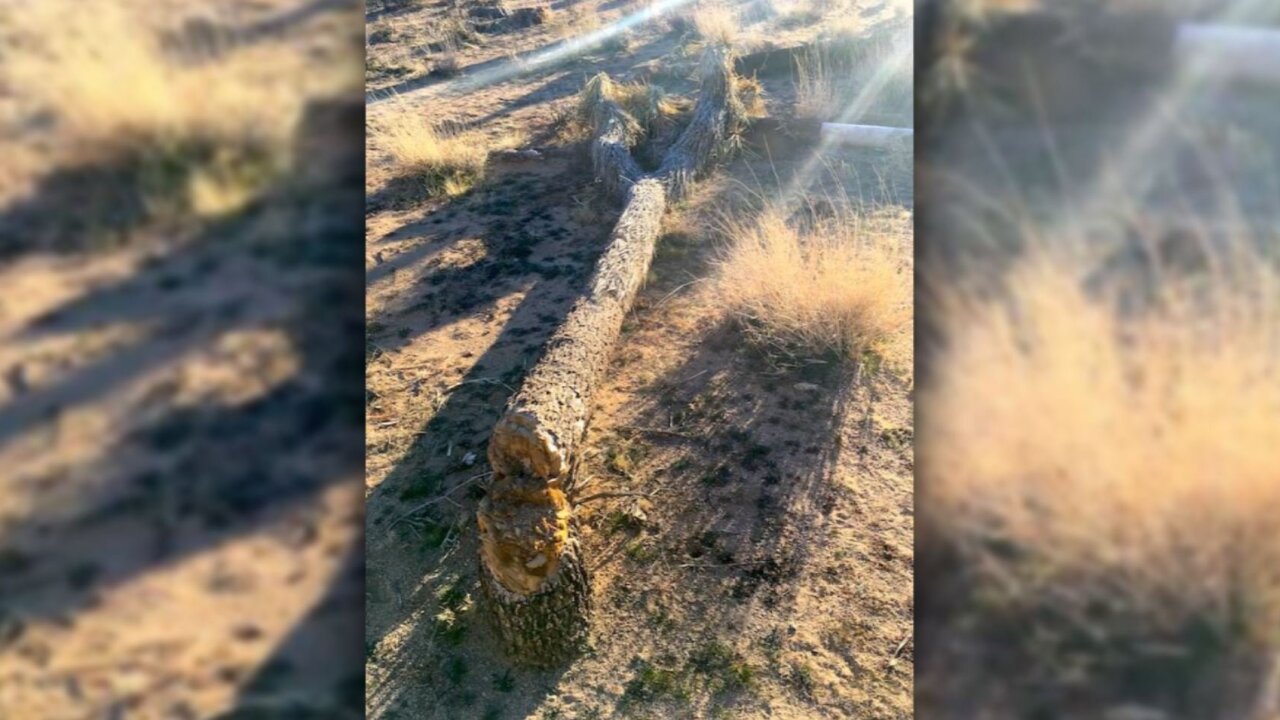 (CNN) -- There are two kinds of people in this world: Those who take it upon themselves to go to understaffed national parks to keep them clean during the shutdown, and then those who set up illegal campsites and cut down Joshua trees in the national park of the same name.

"There are about a dozen instances of extensive vehicle traffic off roads and in some cases into wilderness. We had destruction of government property with the cutting of chains and locks for people to access campgrounds," park Superintendent David Smith told National Parks Traveler.

"We've never seen this level of out-of-bounds camping. Every day-use area was occupied every evening. Joshua trees were actually cut down in order to make new roads."

Despite the partial government shutdown, park officials have been able to keep most of the park accessible, but on Tuesday, they announced the park would temporarily close this week so they could clean up, enforce safety and repair damage due to vandalism.

"While the vast majority of those who visit Joshua Tree National Park do so in a responsible manner, there have been incidents of new roads being created by motorists and the destruction of Joshua trees in recent days that have precipitated the closure," officials said on the park's website. "Law enforcement rangers will continue to patrol the park and enforce the closure until park staff complete the necessary cleanup and park protection measures."

The park released another statement Wednesday saying it would remain open and that access to campgrounds would be restored. Those were first shut down on January 2 due to health and safety concerns due to near-capacity pit toilets.

"National Park Service officials have determined that by using Federal Land and Recreation Enhancement funds to immediately bring back park maintenance crews to address sanitation issues, the park will be able to maintain some visitor services, including reopening the campgrounds," the statement read.

Covering more than 792,000 acres from Palm Springs north to the town of Joshua Tree, park officials also said they plan to bring in additional staff to ensure the protection of park resources and repair some of the damages that the park has sustained during the shutdown.

It's not clear how long the park can run on the enhancement funds. Revenue generated by recreation fees was used to avert the closure that was planned for Thursday.

CNN has reached out to Joshua Tree National Park for further comment.