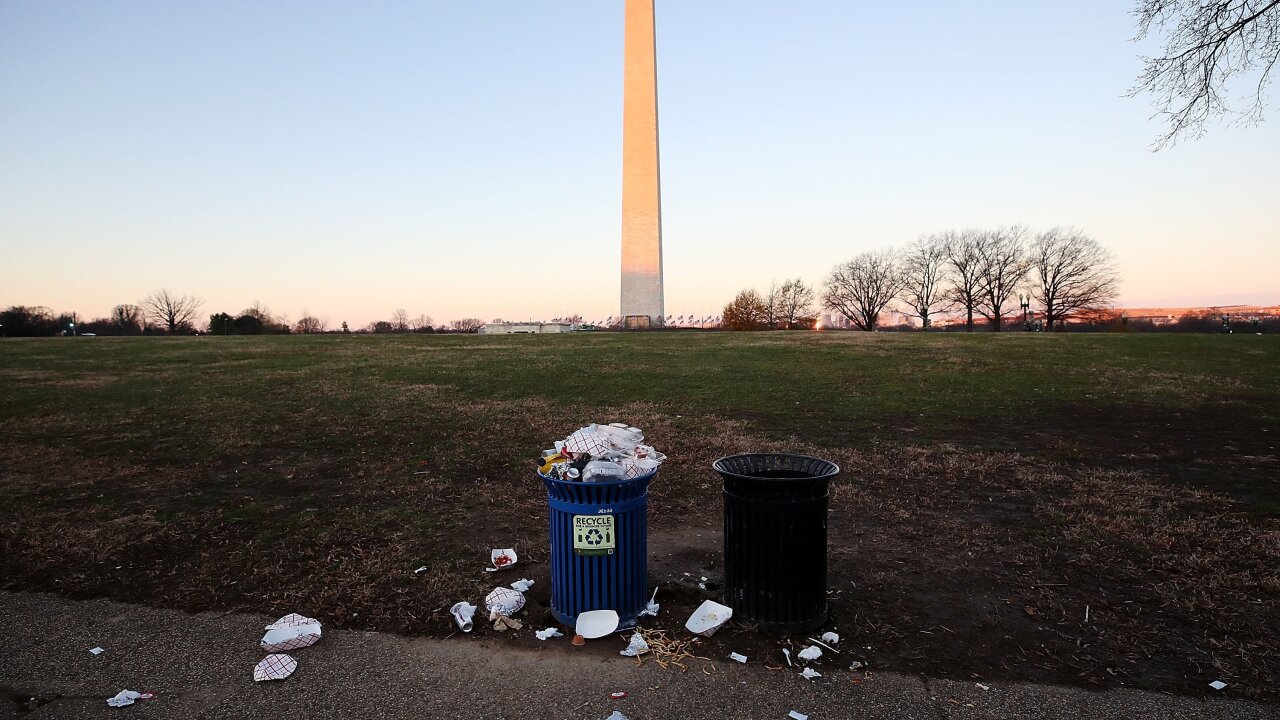 (CNN) -- The National Park Service said Sunday that it would use reserved money from visitor fees to keep up operations at parks around the country affected by the ongoing government shutdown.

"We are taking this extraordinary step to ensure that parks are protected, and that visitors can continue to access parks with limited basic services," read the statement from the agency's deputy director, P. Daniel Smith.

The statement noted that the visitor fee money "would typically be used for future projects at parks," but the lapse in appropriations for the Park Service meant the funds "can and should be used to provide immediate assistance and services to highly visited parks."

The statement added that the Park Service would not fully open parks, and smaller sites would stay closed.

The Park Service is one of several agencies affected by the partial government shutdown, which headed into its third week over the weekend. The agency said previously that it would seek to keep parks "as accessible as possible" during the funding lapse.

Sunday's announcement was met with criticism from some corners. Theresa Pierno, the president and CEO of the National Parks Conservation Association, said in a statement that the administration was "robbing" from fee collections rather than working to end the shutdown, and the group projected parks had lost about $6 million in potential entrance fees so far.

"Instead of robbing from park funds, the President needs to work with Congress to fully reopen the federal government, including our national parks," Pierno's statement read.

House Natural Resources Committee Chairman Raul Grijalva, an Arizona Democrat, issued a statement as well on Sunday slamming the administration's decision and saying the committee would demand answers about the legal justification behind the move.

"The American people already own our national parks and fund their upkeep," Grijalva said. "The President expects them to either pay more to keep the toilets clean out of their own pockets or pay millions of dollars for his ridiculous wall."

Rep. Betty McCollum, D-Minnesota, outright called the move a breach of the law in a statement Sunday.

"The law is clear: if the federal government is shut down, our National Parks must also be closed to protect public safety and pristine spaces," said McCollum, who recently became chairwoman of the House Appropriations subcommittee that oversees the Interior Department.

The Washington Post reported Sunday that by seeking to keep parks open through the shutdown, the Trump administration had broken with the Clinton and Obama administrations, which cut off access to parks when funding elapsed.

While there are questions about the legality of using visitor fees to maintain park operations, the approach announced Sunday was included previously in a shutdown contingency plan for the agency. The plan said relevant parks would "utilize available retained recreation fees balances to provide basic visitor services," but it also said an area "must be closed" if visitor access became "a safety, health or resource protection issue."

Campgrounds at Joshua Tree National Park in California notably closed at the top of the year, with the Park Service saying it was forced into the action because of "health and safety concerns" -- including toilets there reaching capacity.