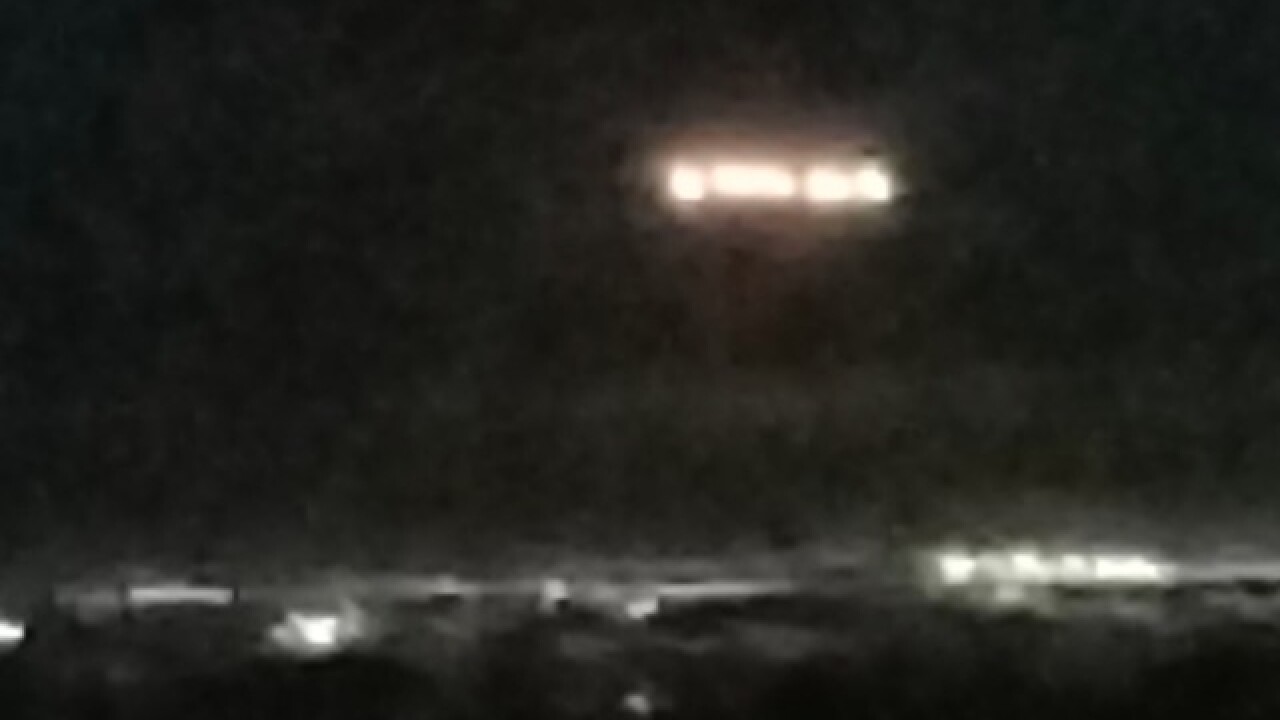 Scripps station KGTV in San Diego received several calls from residents throughout the county who reported seeing the lights in the western sky between 8 p.m. and 8:30 p.m. local time

Local officials have not yet responded to reporters' questions about the mysterious lights.

Photos sent in by viewers appear to show several yellow objects floating together in the sky.

One viewer, Dani Grady, said the lights faded in, then hovered for about 10 minutes mostly in a linear formation and sometimes in a Z formation.

Roughly 20 minutes after the objects disappeared into the night, Grady says she heard what sounded like helicopters flying over the ocean into the darkness with only a small, red light.