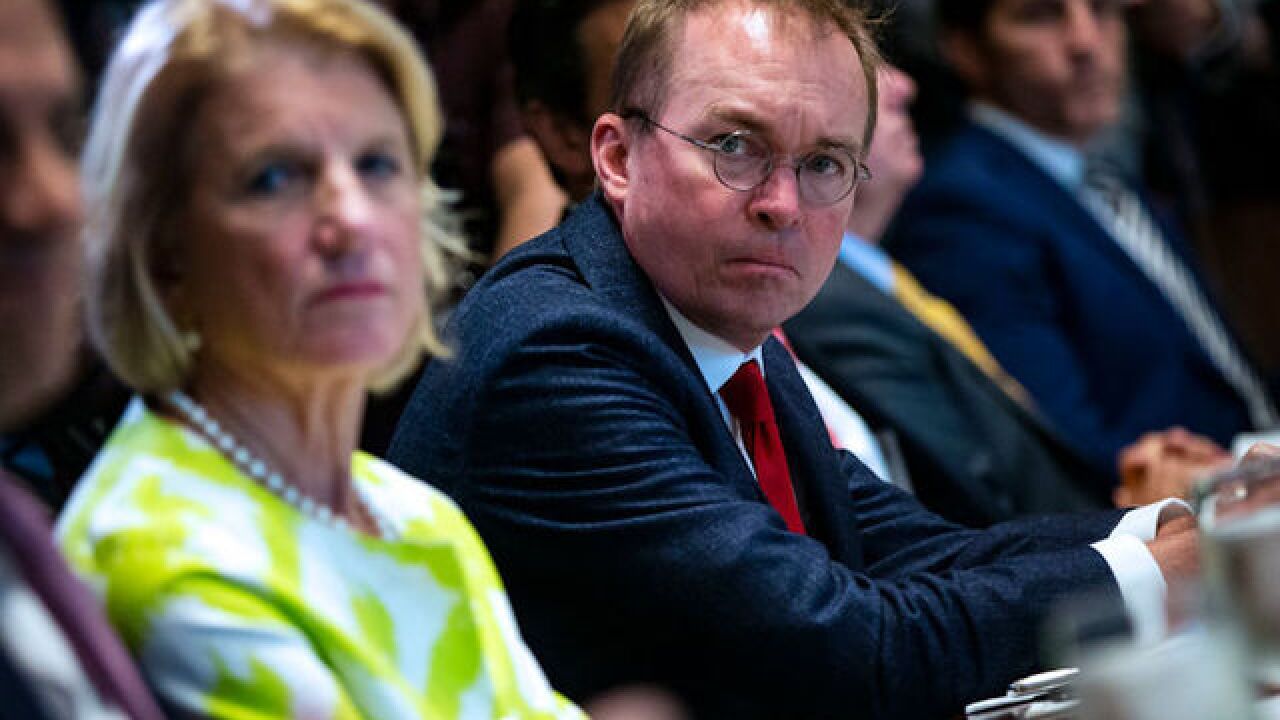 Image copyright 2018 Getty Images. All rights reserved. This material may not be published, broadcast, rewritten, or redistributed.
Pool
<p>Mick Mulvaney, director of the Office of Management and Budget (OMB), attends a lunch meeting for Republican lawmakers in the Cabinet Room at the White House June 26, 2018 in Washington, DC.</p>

The Trump administration plans to eliminate routine audits of lenders for violations of the Military Lending Act, according to internal agency documents, The New York Times reported on Friday.

Mick Mulvaney, the interim director of the Consumer Financial Protection Bureau, plans to terminate the supervisory examinations of lenders, arguing proactive oversight is not laid out in the legislation, according to the report.

The proposal to weaken oversight under the Military Lending Act, which was created to protect military service members and their families from financial fraud, predatory loans and credit card gouging, came as a surprise to advocates of military families, the report stated. Those advocates have pressed the government to put a stop to unethical lenders.

The agency has been critical in fighting lender misconduct, rolling out mortgage and payday-lender rules and cracking down on bad behavior by penalizing Citigroup, Wells Fargo and many other lenders.

In lieu of conducting examinations, the agency will rely on complaints from its websites, hotlines, the military and people who believe they are victims of fraud, the Times reported.

President Donald Trump has tapped Kathleen Kraninger to succeed Mulvaney as chief of the consumer watchdog agency. Kraninger, who works under Mulvaney, is expected to face a tough Senate confirmation battle.

Under Mulvaney, the bureau has undergone major changes opposed by both Democrats and consumer advocates. In June, Mulvaney effectively terminated a board of advocates who advised the agency about fair lending and underserved communities. The advisers were told on a conference call that the board would not meet until new members were appointed. The CFPB, however, insisted nobody had been fired.

The government watchdog agency, which is charged with consumer protection in the financial sector, was created after the financial crisis with the passage of the 2010 Dodd-Frank Act.