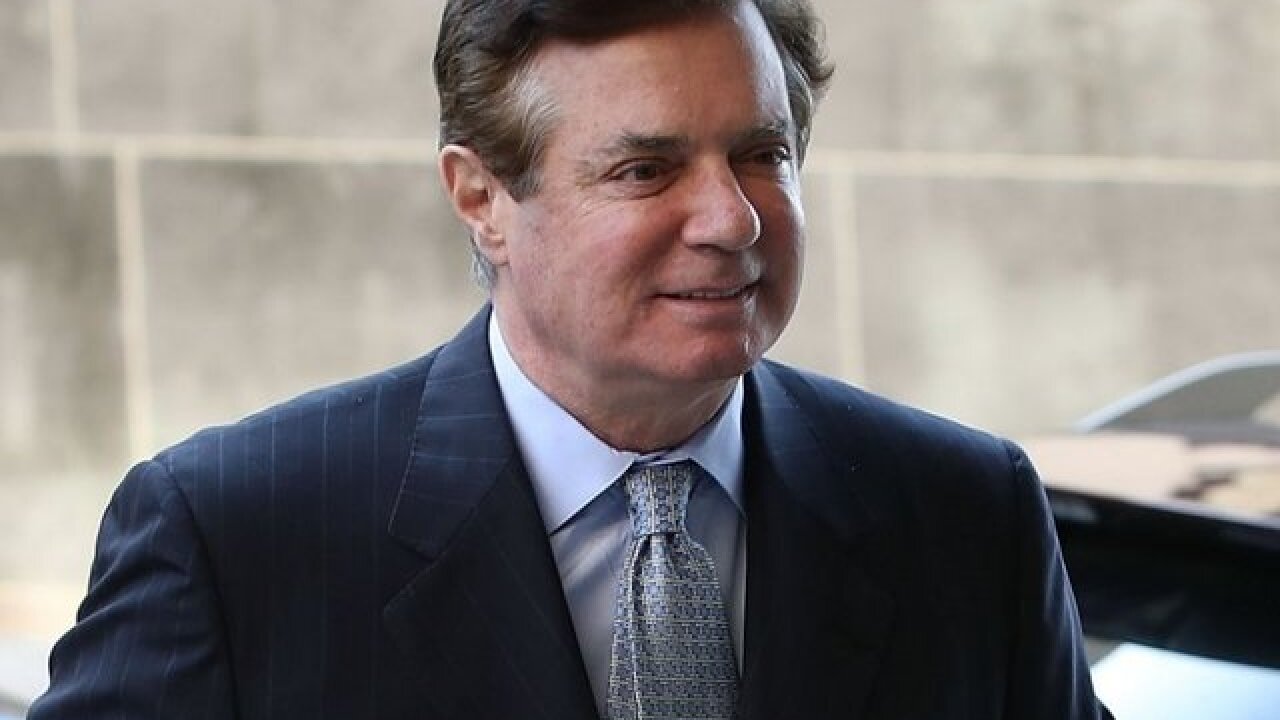 In a heavily-redacted document released Friday, Mueller's team also said Manafort lied about his interactions with Konstantin Kilimnik, his Russian associate who Mueller has said has ties to the Russian military intelligence unit accused of hacking the Democrats, and how they may have worked together to tampered with witnesses following Manafort's arrest last year.

The investigators say they have evidence about electronic communications related to Kilimnik and travel records. Much of the details the prosecutors released to the court Friday were redacted in the public version of the document.

The special counsel believes Manafort also lied about a wire transfer made to a firm he had hired and "information pertinent to another Department of Justice investigation."

The special counsel's office last week accused Manafort of lying during his interviews, saying that his actions during his cooperation were criminal and breached his plea agreement.

The filing is the first time prosecutors have summarized why and how they believe Manafort breached his plea agreement. Previously, the prosecutors simply told a federal judge Manafort "committed federal crimes by lying" to the FBI and special counsel's office during his cooperation interviews "on a variety of subject matters."

Manafort says he has been truthful over several meetings with the special counsel's office. His lawyers indicated last week that they may challenge the assertion that he lied.

Mueller's team outlined how they believe Manafort lied "in multiple ways and on multiple occasions."

Manafort lied to the special counsel's office on contact with the administration this year, the document alleged.

He told a person via text message to talk to a Trump administration official in May, and separately he was in touch with the administration through February 2018, according to the document.

He was indicted last October and has been in jail since June.

The details of what happened during Manafort's cooperation interviews with the special counsel have been one of the most intensely pursued questions of the Russia probe -- from what Manafort knows, to what happened in recent weeks. Even President Donald Trump's lawyers have tried to stay in the loop regarding what he and Mueller's team spoke about.

Manafort had long been considered the key to several questions central to Mueller's investigation into Russia and the 2016 campaign.

Manafort attended the June 2016 campaign meeting at Trump Tower with Russians who had offered the campaign information on Hillary Clinton. His tenure on the campaign coincided with the Russian hackers' efforts to steal Democratic Party and Clinton campaign emails and distribute them publicly. He also led the campaign through the Republican National Convention, when the party decided to soften its stance on US assistance to Ukraine against Russian-backed militias.

At first last year, Mueller charged Manafort with crimes unrelated to his work as chairman of the Trump campaign.

But it later became clear the special counsel sought documents and information about Russians Manafort knew, including his longtime colleague Kilimnik, whom Mueller charged with witness tampering this June and has accused of working with the Russian military intelligence service allegedly behind the DNC hack, and the oligarch Oleg Deripaska, to whom Manafort owed millions and allegedly offered private briefings about the Trump campaign.

Prosecutors have also looked for records Manafort may have had that showed possible campaign finance violations such as illegal contributions made from foreign nationals, according to search warrants of his condo.

Manafort's financial fraud trial centered around millions of dollars he earned doing Ukrainian political consulting years ago. Yet his trial on those charges veered toward his role on the Trump campaign when prosecutors alleged he used his proximity to Trump to secure a multi-million-dollar loan from a banker interested in being secretary of the Army or another top administration role.

The failure of Manafort's cooperation could lead to more criminal charges, prosecutors have said. It also sets into motion a schedule that will lead up to his sentencing.

Manafort is now set to be the sixth Mueller defendant to face sentencing.

Both former Trump personal attorney Michael Cohen and former Trump national security adviser Michael Flynn pleaded guilty to lying to the federal government and will be sentenced separately in the next two weeks.

Three other less-high-profile defendants earned between two weeks and 6 months in prison.

Manafort is scheduled to receive his first sentence, for eight financial convictions decided by a Virginia jury, in early February.

His second sentencing date, before the judge who's handling the breach of his plea agreement, is tentatively set for early March.

For the two charges he currently faces in DC federal court, Manafort could receive 17 to 22 years in prison, his plea agreement says.

He has been in jail in Virginia since June. The last time Manafort was seen in public he entered court in a wheelchair, with a foot bandaged, apparently suffering from an illness similar to gout. That was about two months ago.