More than 1 in 10 US adults has a food allergy, study finds 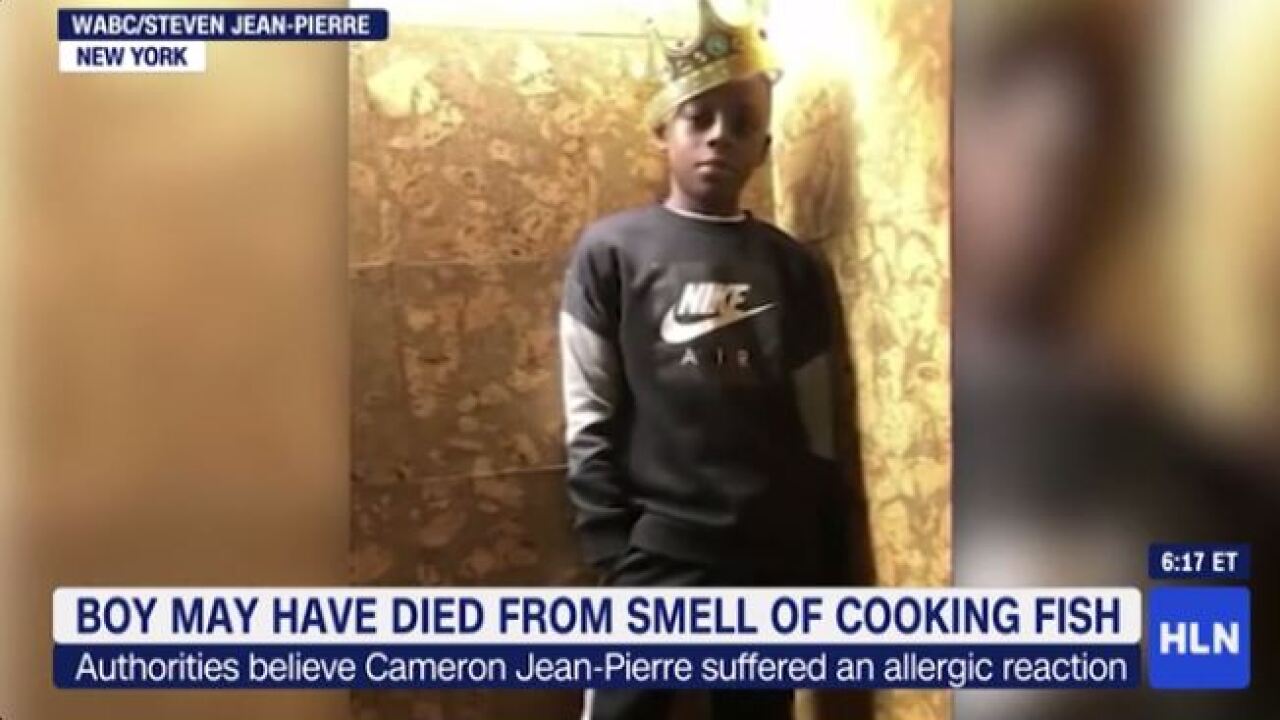 Sorenson, 30, has a life-threatening nut allergy that was diagnosed when he was about 3 years old. He says his allergy has affected him his whole life. When he was a child and when he was in college, people around him often changed their eating habits to help prevent reactions.

When he eats at restaurants or flies on a plane, he has to let those around him -- whether it's a waiter or the person in the next seat with a packet of cashews -- know about his allergy.

Research published Friday in the medical journal JAMA shows over 10% of US adults like Sorensen have at least one food allergy: about 26 million people.

"We often think of allergies as a childhood condition, and we see so many of our children, our young children, developing food allergies," said Dr. Ruchi Gupta , one of the authors of the study. As the research shows, the problem also affects the adult population.

According to the US Centers for Disease Control and Prevention , between 4% and 6% of American children are affected by food allergies.

Of more than 40,000 American adults who took part in the new study, 19% reported experiencing symptoms of a food allergy. The researchers were able to attribute about half of these participants' symptoms to intolerances or other food-related conditions, meaning 10.8% of US adults struggle with food allergies.

"We think about it in children, but we don't put enough emphasis in it in adults. But with this many adults perceiving a food allergy and one in 10 having a food allergy, I think we need to put more effort into understanding what is happening in the adult population," said Gupta, a professor of pediatrics at Lurie Children's Hospital at Northwestern Medicine.

The most common allergens for adults were shellfish, peanuts, milk, tree nuts and fin fish.

"Given that the most prevalent allergies observed were shellfish and peanut, which prior pediatric work suggests are infrequently outgrown, this finding suggests that the population-level burden of food allergy is likely to increase in the future, absent widespread implementation of effective prevention efforts and/or therapies," the study says.

A previous study by Gupta found that peanut allergies affected about 1.6 million US children and shellfish about 1 million. Of the adults with allergies in the new research, 45.3% were allergic to more than one food item. Some of these allergies started in childhood, and others developed after the person was 18.

Adults often take many precautions when it comes to their children and food allergies, but many are "maybe having a negative reaction when they eat a food and then just avoiding the food and not getting a proper diagnosis," according to Gupta.

Around half of the adults with allergies had been diagnosed by a physician. Those with peanut allergies were diagnosed the most frequently, according to the study.

Of adults with allergies, 24% were prescribed epinephrine, the active ingredient in EpiPens, which helps combat allergic reactions and anaphylaxis, and 38.3% had visited an emergency department at least once because of their food allergy.

"If you have a reaction, if you eat a food and something happens, it's really important to see an allergist and get that diagnosis, because it could potentially be a true food allergy, in which case you do need a proper management plan," Gupta said.

Sorensen agrees. "I think the awareness with kids and food allergies should encourage people to go get tested and figure out if they're not feeling well what it really is, if it's food allergies," he said.

"I can tell immediately after I eat it. I obviously avoid it at every chance I can, but my throat starts to swell shut. I get hives. I usually vomit," he said. He carries an EpiPen to stop this reaction.

A lack of available allergen-free snacks even led him to start a business, Blake's Seed Based . However, he thinks the awareness around food allergies is changing and increasing.

"The awareness piece is huge. I've just noticed in the past few years, it really is helping everyone else with food allergies, the number of restaurants, airlines, just being aware of that and accommodating has made it much easier for people," he said.

Dr. Scott Sicherer , director of the Jaffe Food Allergy Institute and professor of pediatrics at the Icahn School of Medicine at Mount Sinai, noted in an email that "Given the large burden, it behooves restaurants and food industry with government oversight to ensure safe foods for those affected."

"It also speaks to ensuring that people know how to respond to food allergic reactions/anaphylaxis," said Sicherer, who was not involved with the new study. "This could be bolstered in first aid and CPR courses and other training venues.

"This is a very welcome addition to the literature to understand how many adults are affected by food allergy and nuances of severity and risk," he said.

His own research has looked at the prevalence of tree nut allergies and shellfish allergies in the United States.

"There may be an increase within adults for certain foods but since we do think we saw an increase in children and perhaps less allergy resolution, these children will become allergic adults further increasing the numbers affected," Sicherer said.

Despite all the attention on children, "it's absolutely to critical to support adults with food allergies," wrote Lisa Gable , CEO of the nonprofit group Food Allergy Research and Education, in an email.

While childhood allergies carrying into adulthood could see a rise in the number of those affected, people developing allergies as adults also provide information.

"This study signals that food allergy among adults is a more significant issue in the US than previously thought, particularly the emerging problem of adults developing allergies later in life, even after regularly eating foods that were previously harmless," Gable said.

Gupta added, "I think we can learn so much from them by understanding what in their environment may be changing that is triggering or turning on this food allergy, when they could previously eat the food."

Gable, Gupta and Sicherer all highlighted the importance of getting any concerns around food allergies checked out by a medical professional.

Many people in the study believe they have a food allergy but have not been given an official diagnosis.

"This highlights the importance of visiting a qualified medical professional if you think you have a food allergy," Gable said. "Self-diagnosis can limit your diet unnecessarily and may prevent you from receiving appropriate care, including epinephrine auto-injectors that can save your life in the event of a severe food allergy reaction."