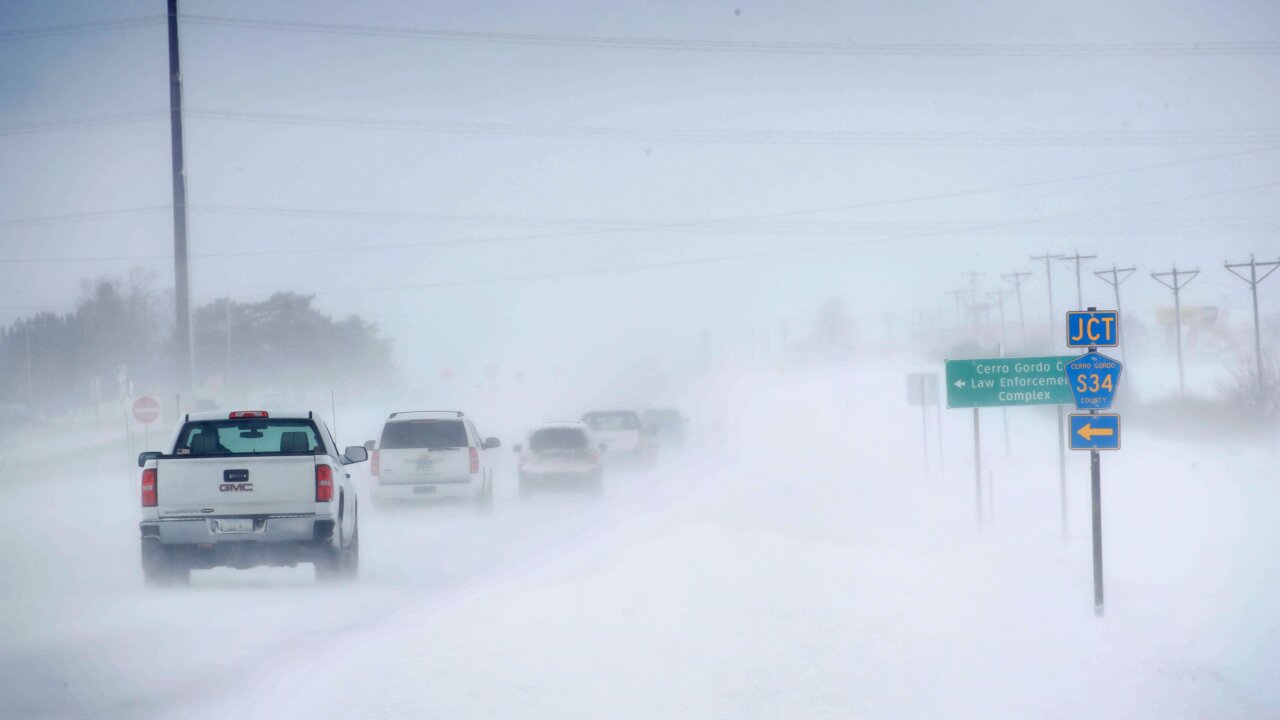 (CNN) -- Millions of holiday travelers will be met with rain, snow or a messy mix of both this weekend as a winter storm moves through the Midwest and into the Northeast.

More than 45 million people from California to Maine are currently under winter weather alerts Saturday night, according to CNN meteorologist Rob Shackelford.

The winter storm, located over the central US at that time, brought heavy snow to the northern Plains and Midwest, CNN meteorologist Haley Brink said.

She added that high wind warnings and wind advisories cover 20 million people from New Mexico to Nebraska where winds could gust up to 85 mph.

The storm is expected to shift to the Northeast on Sunday, Brink said, bringing heavy snow to the interior of New England and a wintry mix and rain to coastal cities. Some snowfall could linger into early Tuesday, Shackelford said.

New York City is forecast to receive up to 4 inches of snow mixed with rain into Monday, Brink said. Boston could see 6 to 8 inches of snow through Tuesday morning.

As of Saturday afternoon, more than 700 flights had been canceled and more than 10,000 delayed in the US, according to FlightAware.

Ahead of the anticipated winter weather, airlines like American and Delta have started issuing waivers for eligible travelers if they need to change or cancel their travel plans.

American Airlines issued waivers for passengers traveling Sunday and Monday on flights to and from New York's John F. Kennedy and LaGuardia airports as well as Newark and the airline's hub in Philadelphia. Other cities in the American Airlines announcement include Boston, Buffalo, Pittsburgh and Toronto, Canada.

Delta Airlines announced weather waivers for 16 cities in the Upper Midwest on Saturday, and 22 cities in the Northeast for Sunday and Monday, including airports in Boston and the New York area.

Of special concern is Sunday, which is expected to be the busiest travel day ever for the US airline industry, with an anticipated 3.1 million passengers, according to Airlines for America, an airline trade organization. A record 31.6 million passengers were forecast to travel on US airlines during the Thanksgiving holiday period, up 3.7% from last year.

Another storm that affected the Northeast this week has now pushed into the Atlantic Ocean, Brink said.

West Coast will see impacts, too

A new storm system is expected to come ashore in California later Saturday, Brink said, bringing feet of snow to the California mountains and heavy rain to the coasts and valleys.

Widespread rainfall totals of 2 to 4 inches are forecast across the region, she said, but some localized areas could see more than 5 inches of rain through the weekend.

Areas at around 2,000 feet will begin to see snow Saturday. On Sunday, residents at higher elevations are expected to receive snow, too. Around 2 to 3 feet of snow is forecast, with higher amounts possible in localized areas.