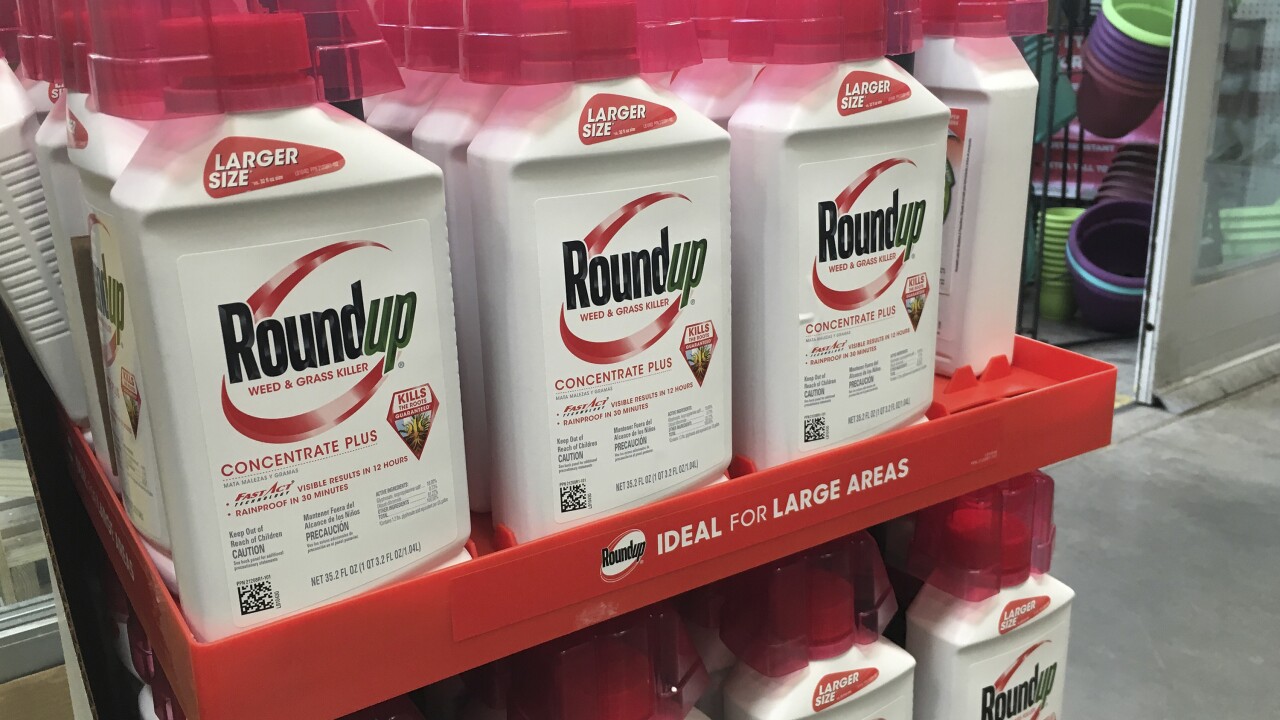 Haven Daley/AP
In this Sunday, Feb. 24, 2019 photo, containers of Roundup are displayed at a store in San Francisco. A jury in federal court in San Francisco will decide whether Roundup weed killer caused a California man's cancer in a trial starting Monday, Feb. 25, 2019, that plaintiffs' attorneys say could help determine the fate of hundreds of similar lawsuits. Edwin Hardeman, 70, is the second plaintiff to go to trial of thousands around the country who claim agribusiness giant Monsanto's weed killer causes cancer. (AP Photo/Haven Daley)

(CNN) -- In the first federal case of what could become thousands of lawsuits, a jury found the world's most widely used herbicide was likely responsible for a California man's cancer, according to the San Francisco Chronicle.

A two-week trial and four days of deliberation in the federal case brought the jury to Tuesday's decision that Monsanto's Roundup was likely a "substantial factor" in causing 70-year-old Edwin Hardeman's non-Hodgkin's lymphoma, the Chronicle reported . On Wednesday, the jury will hear evidence to determine if the company is legally responsible for Hardeman's cancer and if so, how much Hardeman will receive in damages.

CNN reached out to Monsanto but did not receive a reply.

Glyphosate is the active ingredient in the product and was classified in 2015 as "probably carcinogenic to humans" by the International Agency for Research on Cancer, an arm of the World Health Organization.

"We are disappointed with the jury's initial decision, but we continue to believe firmly that the science confirms glyphosate-based herbicides do not cause cancer," said Bayer, which acquired Monsanto in 2018. "We are confident the evidence in phase two will show that Monsanto's conduct has been appropriate and the company should not be liable for Mr. Hardeman's cancer."

Hardeman's case against the company is the second brought to court, but more than 4,000 other similar cases await trial.

The first was on the state level, when 46-year-old Dewayne Johnson in California received an expedited trial because doctors said his terminal non-Hodgkin's lymphoma was bringing him near death.

While working as a groundskeeper for a school district near San Francisco, Johnson's attorneys said he applied Roundup weedkiller 20 to 30 times per year and had two accidents that resulted in him being soaked by the product. The first was two years before he was diagnosed with cancer.

Lesions now cover as much as 80% of Johnson's body .

Johnson's attorney, Timothy Litzenburg, argued the interaction between glyphosate and other ingredients in Roundup cause a "synergistic effect" that makes the product more carcinogenic.

Johnson was originally awarded $289 million in damages -- mostly to punish Monsanto -- but a California judge reduced the jury's award to $78 million. Bayer said that it would appeal the award and decision entirely.