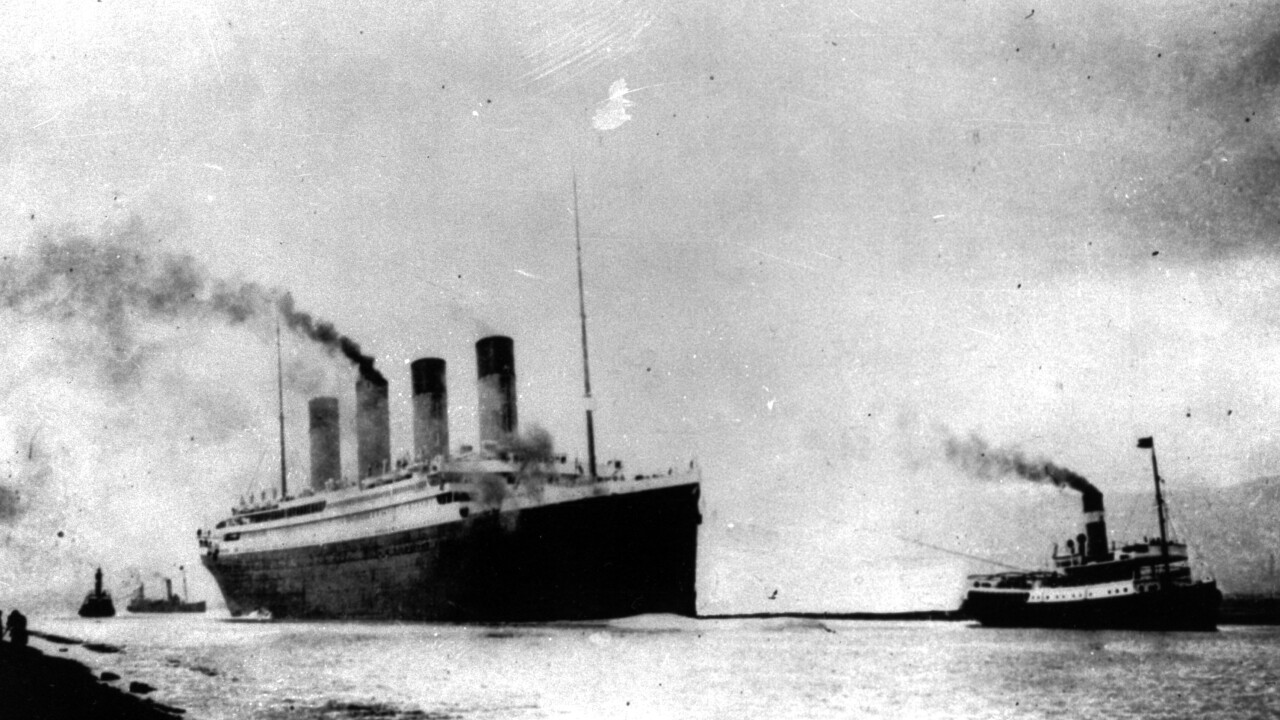 AP
FILE - In this April 10, 1912 file photo, the Titanic departs Southampton, England on its maiden Atlantic voyage. April 15, 2012 is the 100th anniversary of the sinking of the Titanic, just five days after it left Southampton on its maiden voyage to New York. (AP Photo, File)

Monday marks the 107th anniversary of the sinking of the Titanic.

More than 1,500 passengers and crew of the British luxury liner RMS Titanic died when it sank April 15, 1912.

The ship was making its maiden voyage from Southampton, England to New York City when it hit an iceberg and sank about 370 miles south of Newfoundland.

It's considered to be one of the worst maritime disasters in history.

Not only have scientists and scholars been interested in researching the disaster, but it has inspired songs, films and even a Broadway musical.