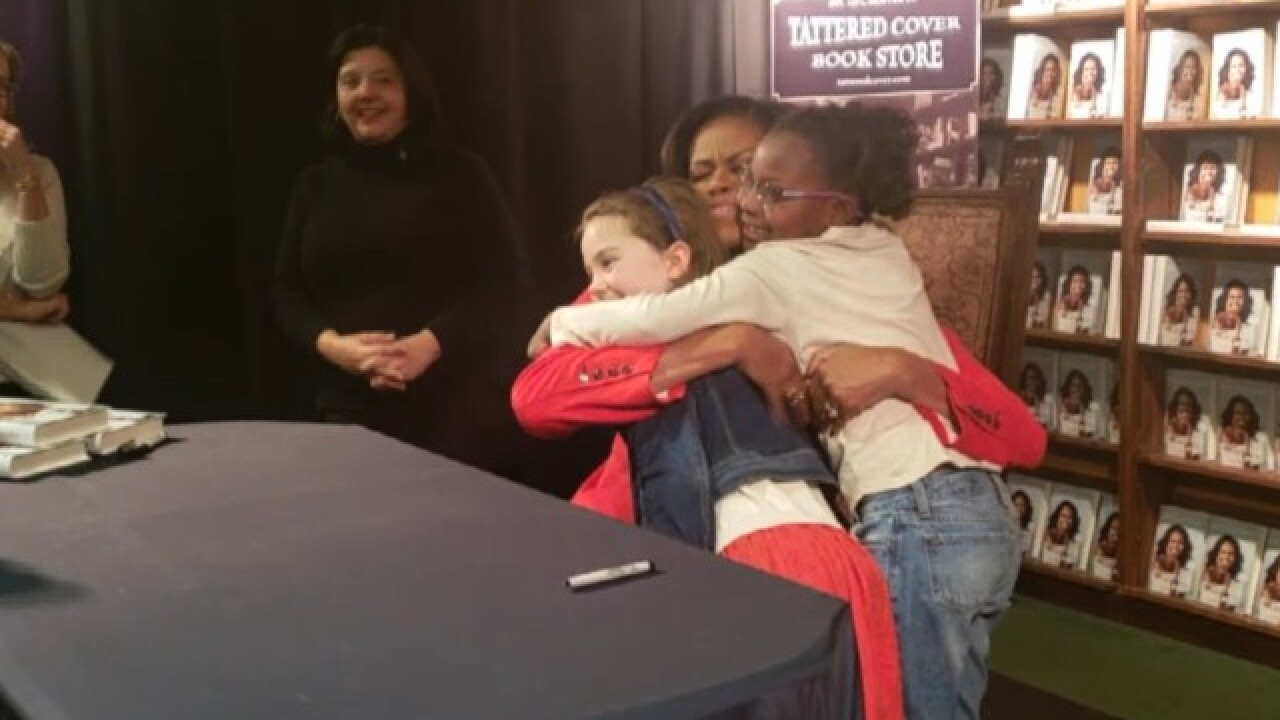 It kind of feels like a concert, but there’s no musical performance. It’s former First Lady Michelle Obama, having a conversation with tens of thousands of people during her “Becoming” tour stop in Denver.

“This has been an amazing day being here with all of you,” Obama says.

The event, however, was just one part of the time she spent in the community.

Just hours earlier, Emma Jones and her mom were among the hundreds of patients and families who packed the lobby of Children’s Hospital Colorado for the surprise visit.

After a warm welcome, Obama sat down with Santa to read a book and answer questions from her young audience members.

“Was there really a movie theater in the White House?” asked one child.

Other questions were more serious, including one that asked Obama what advice she’d give to her younger self.

“Don't let fear stop you from doing things that will help you grow,” she replied.

“Just being at the hospital and like knowing that something is going on with you in the first place, it's kind of scary,” says patient Emma Jones. “But like just hearing that message from someone who cares a lot about everybody is just super empowering and like it was just really cool.”

Following the hospital stop, Obama signed copies of her book at a local bookstore.

With eight tour stops so far, all of them include some form of giving back to young people.

In Detroit, Obama surprised a group of college students, sitting in on a discussion on education. In Boston, she made a stop at a Boys and Girls Club, and in Los Angeles, she read books to preschoolers.

It's a reflection of what Obama says is closest to her heart.

“I love kids. If I could spend every day with kids, like you all day, I would do that every single day,” Obama says.