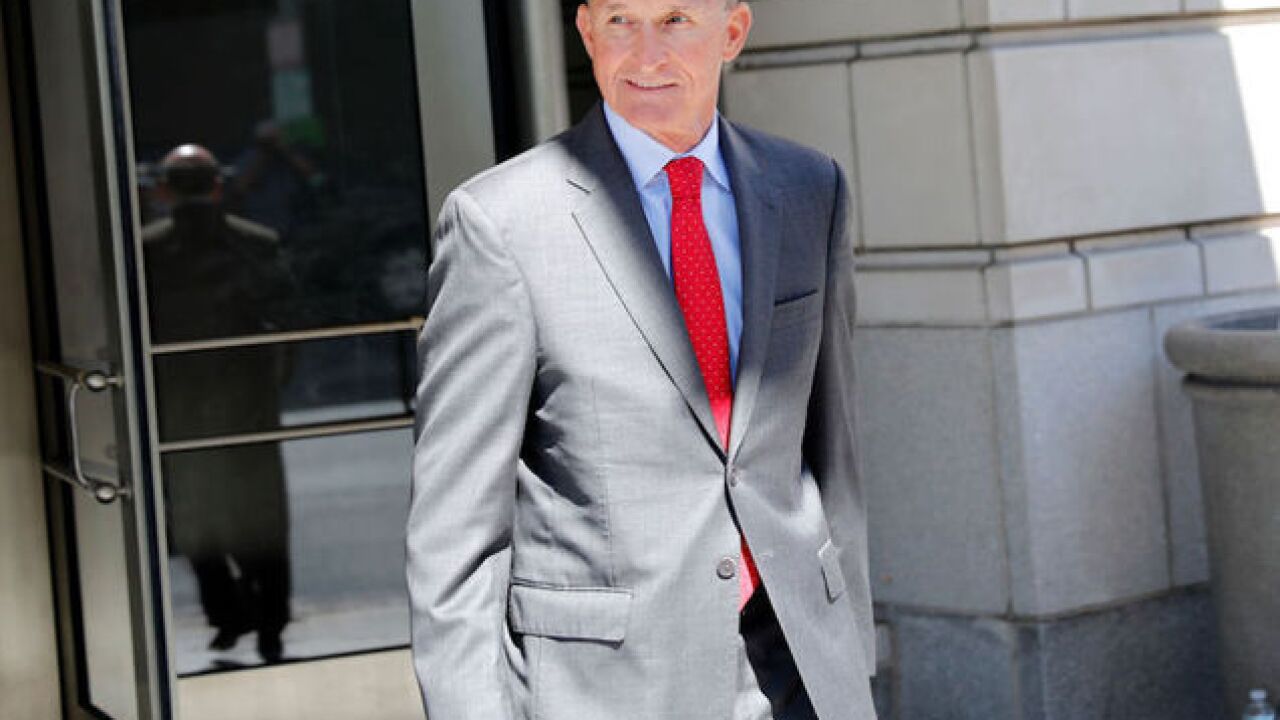 Special counsel Robert Mueller is set to reveal the extent of Michael Flynn's cooperation and insights into the dealings of Russians with the Trump campaign and administration a year after the guilty plea from President Donald Trump's former national security adviser.

In the court filing due by midnight Tuesday, Mueller's team could also nod toward the next criminal indictments in its sights.

The special counsel's office is expected to describe the crimes Flynn committed that led to his plea and how he has helped the Russia probe this year. Flynn pleaded guilty to lying to federal investigators on December 1, 2017. The coming filing is meant to brief a federal judge before Flynn's sentencing.

Similar filings before other Mueller defendants' sentencings -- former Trump campaign adviser George Papadopoulos, Dutch lawyer Alex Van der Zwaan and Internet salesman Richard Pinedo -- contained revelations about what each person did and knew connected to the Russians and members of the campaign. But none of those defendants cut a deal to cooperate with Mueller like Flynn did. Each earned prison time that ranged from 14 days to six months.

Some of the details in Tuesday's filing could be described under seal, especially if parts of the investigation that Flynn contributed to are not yet public.

Soon after his plea, attention turned to other Trump confidants and campaign and administration officials, including the President's son-in-law, Jared Kushner. The details revealed at his plea hearing raised the question of what Trump had known about Flynn's discussions with the Russian government.

The fruits of what Flynn shared with investigators are not yet known. But he likely gave Mueller a window into not just the 2016 presidential campaign but also the new administration's dealings with Russians and reactions to the early days of the Russia investigation.

Kushner has not been charged with a crime, nor have any others whom Flynn was outlined to have lied about. But inklings of what prosecutors learned from Flynn and who else on the campaign and transition may still have legal risks could come out in the filing Tuesday.

Flynn agreed to sit for interviews with the special counsel's office as much as needed following his plea. He appears to have done so.

Prosecutors delayed his case from moving to sentencing four times over the past year. Almost every time, they cited their reason as "due to the status of the investigation," according to court filings. In mid-September, they said Flynn was ready to be sentenced.

Yet that September court filing hit one unusual note: The prosecutors asked the judge to keep a tight schedule on the deadlines for filings, virtually making sure that they and defense team would have to reveal nothing about Flynn's case and cooperation before the midterm elections in November. This further suggests that the information to be revealed by Mueller this week could create a political fire.

It's typical for cooperators in conspiracy investigations to hang in limbo for months or even years before they are sentenced. That way, prosecutors can continue to tap them for information and call them to testify before grand juries and at trials.

Other defendants in the Mueller probe who've pleaded guilty and signed cooperation agreements have not been sentenced yet, including Paul Manafort and Rick Gates. The pair of Trump campaign leaders separately met with the special counsel's office for several hours over multiple days after their pleas.

The maximum sentence for Flynn's crime is five years in prison, but his likely sentence will be between zero to six months in prison. If he helped prosecutors significantly, they could even ask the judge to give him no time in prison. Flynn's lawyers will likely argue for that as well.

A critical factor in how much prison time he will get -- if any -- will be how Mueller details the extent of Flynn's assistance in the Russia probe.

When Flynn was charged, the special counsel's office described how he had lied about passing messages from members of the Trump campaign to then-Russian Ambassador Sergey Kislyak and back again. Those phone calls were about easing sanctions on Russia and influencing foreign governments' votes on a United Nations resolution about Israeli settlements.

Specifically, Flynn called senior Trump transition team members at Mar-a-Lago in Florida three times in late December 2016 to discuss conversations he was having with Kislyak about sanctions. He then relayed his conversation with Kislyak to transition adviser KT McFarland.

Separately, according to CNN reporting and his plea documents, Kushner directed Flynn to contact foreign officials before Trump took office about the UN vote on settlements.

Flynn also pleaded guilty to lying on his foreign lobbying registrations about his work on a lobbying project for Turkey.

His ties to the Russia probe could reach much further than prosecutors revealed a year ago.

The former national security adviser was at the center of what's believed to be an investigation into whether Trump obstructed justice. Flynn was fired in the early days of the administration after then-acting Attorney General Sally Yates raised with West Wing officials that Flynn had lied to Vice President Mike Pence about his communications on Russian sanctions. Around that same time, Trump asked then-FBI Director James Comey to let the Flynn investigation go, Comey has said.

Flynn also served on the campaign, the transition team and in the administration at crucial moments that could still be under investigation related to Russian interference in American politics, making his contact with Kislyak even more significant.

Flynn was the person who informed Trump that Russian President Vladimir Putin was the first to call him after Trump's inauguration, according to Comey.

And the Wall Street Journal has outlined Flynn's alleged contacts with the late Peter W. Smith, who sought out the Russian hackers who obtained Clinton campaign emails. It is unclear if Mueller's office is still pursuing Smith's actions during the campaign.

Flynn, a retired lieutenant general, is scheduled to be sentenced by federal Judge Emmet Sullivan on Dec. 18. Next week, his defense team will have a chance to tell its version of the story of his crimes.