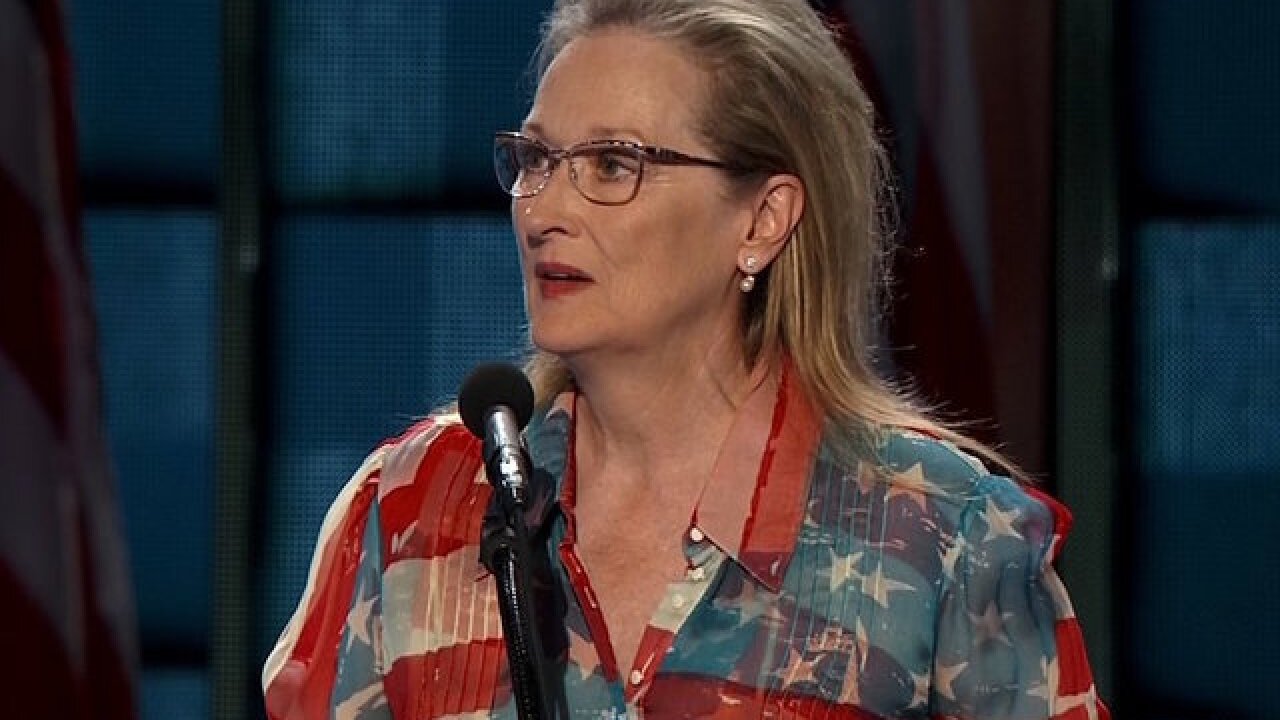 Meryl Streep and other stars are speaking out about the sexual harassment allegations against Hollywood power player Harvey Weinstein.

Weinstein was fired from The Weinstein Company, the film company he co-founded, days after a New York Times investigation detailed numerous incidents of alleged sexual harassment by the media mogul over a period of three decades.

"The disgraceful news about Harvey Weinstein has appalled those of us whose work he championed, and those whose good and worthy causes he supported," Streep said to CNN in a statement, which was first provided to the Huffington Post.

"The intrepid women who raised their voices to expose this abuse are our heroes," she said. "One thing can be clarified. Not everybody knew."

Streep went on to say that "Harvey supported the work fiercely, was exasperating but respectful with me in our working relationship, and with many others with whom he worked professionally."

"I didn't know about these other offenses: I did not know about his financial settlements with actresses and colleagues; I did not know about his having meetings in his hotel room, his bathroom, or other inappropriate, coercive acts," she said. "And if everybody knew, I don't believe that all the investigative reporters in the entertainment and the hard news media would have neglected for decades to write about it."

Streep won a best actress Academy Award in 2012 for her portrayal as British stateswoman Margaret Thatcher in the Weinstein Company release, "The Iron Lady."

During her best actress in a drama win for the role at the 2012 Golden Globes, Streep jokingly referred to Weinstein as "god" and "the punisher."

Streep was also nominated for a best actress Oscar for the 2013 film "August: Osage County," which Weinstein executive produced.

Actress Rose McGowan was mentioned in the Times story, but not quoted.

On Sunday night, she told The Hollywood Reporter The Weinstein Company needs to go further.

"I'm calling on the board to resign effective immediately," she told the publication. "And for other men to stop other men when they are being disgusting."

The "Charmed" star also tweeted her thanks to the Times for running the story, which included accusations against Weinstein from actress Ashley Judd.

Susan Sarandon, who starred in the Weinstein-produced film "3 Generations," praised Judd for speaking up.

"Huge respect for @AshleyJudd and all the women who broke their silence for the article on Harvey Weinstein," Sarandon wrote. "Brave."

"To be clear what Harvey Weinstein did was a disgusting abuse of power and horrible. I hope we are now seeing the beginning of the end of these abuses," wrote actor Mark Ruffalo in a tweet.

"Hollywood's power is dying because society has changed and grown, and yet Hollywood male behavior has not," she said. "It is so not a good look. In the way cooler than Hollywood world I live and work in, I am actually embarrassed to be associated with it."

One of Weinstein's accusers, television news reporter Lauren Sivan, told Megyn Kelly on her talk show on Monday that she believes more women will come forward with allegations against the mogul.

"It was kind of a horrible kept secret in Hollywood, that he had this type of behavior," Sivan said. "People would whisper about it all the time."

Weinstein released a statement in response to the Times story on Thursday.

"I came of age in the '60s and '70s, when all the rules about behavior and workplaces were different," Weinstein said in the statement. "That was the culture then. I have since learned it's not an excuse, in the office -- or out of it."