'Menashe' movie review — How do you say 'Fantastic' in Yiddish? 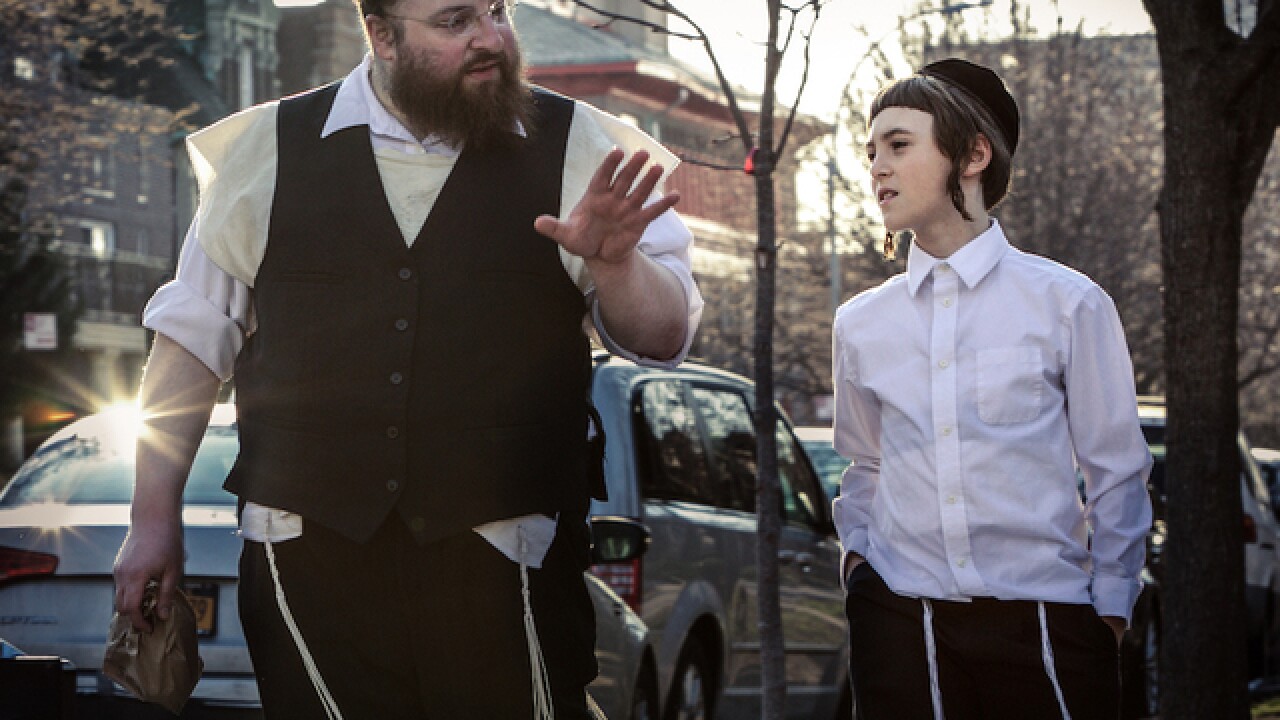 For most viewers, including myself, "Menashe" might as well be a foreign film. But this gentle dramedy — which was shot in the heart of Brooklyn from the mind of an American writer-director — is as universal as movies come.

Except for a couple scenes in English, the dialogue in "Menashe" is spoken completely in Yiddish. According to several reports I've read, this is the first Yiddish-language movie in modern Hollywood history.

But linking "Menashe" to Hollywood is a disservice to the spirit of this small-budget, independent film. The heart and soul of this movie is New York's tight-knit community of Hasidic Jews, which is about as far from Tinsel Town as one can get.

The movie follows a recently widowed Hasidic Jewish man named Menashe (Menashe Lustig) as he struggles to earn respect from his strict community. Menashe's goal is to regain custody of his 10-year-old son Rieven (Ruben Nidorski), who is made to live with his aunt and uncle until his father remarries because tradition requires a child be raised in a home with a man and woman present.

Menashe is mostly an object of ridicule in his community. He lives in a cramped one-room apartment. He works a menial job at a Kosher grocery store for a boss who can't stand him. And he doesn't dress as formally as the other Hasidic men, opting to not wear a black top hat over his kippah and letting his tzitzit hang out for the world to see because he doesn't wear an overcoat.

Is he just lazy? After watching the movie, I like to think of Menashe as more of a free spirit who's not so worried about following the Torah to its last letter. In his tradition-bound community, this is frowned upon and Menashe is constantly criticized by his peers  — especially his boss at the grocery store and his brother-in-law who serves as Rieven's guardian — who call him a "schlimazel" at every opportunity.

Though it's set and was filmed amongst a somewhat repressed group of people, "Menashe" is full of life and energy. It gives you a glimpse into a world that exists in the heart of America's biggest city but is completely foreign to outsiders. The film drives home the realization that none of us are really so different after all.

We watch as Menashe grieves a dead loved one, makes questionable parenting decisions with his son, goes on clumsy dates, makes mistakes at work, finds solace in life's quiet moments, throws back drinks with his friends and struggles to fit in. These are universal human moments that most of us have been through and you'll find your heart going out to this lovable loser, thanks largely to Lustig's performance.

As far as I could tell, the actors in "Menashe" are all newcomers and are apparently Hasidic Jews in real life too. Lustig is so natural in this role and director Joshua Z. Weinstein shoots the film in such an intimate way that you might think this is a documentary in some scenes. The movie has the look and feel of a long episode of FX's "Louie."

Young Ruben Nidorski, who plays Menashe's son, also gives a wonderful performance. He's a sweet kid who seems to be coping with the heavy things going on in his life, including the death of his mother and his unstable living situation. Nidorski also has this adorable face that you couldn't really be mad at no matter how he behaved.

"Menashe" is about a man who's essentially forced to choose between his individuality and a close relationship with his son. Will he conform or will he continue to follow his own path?

This movie will bring a smile to your face and it represents a successful experiment in filmmaking by Weinstein and his cast of rookies.

Watch a clip from "Menashe" below.