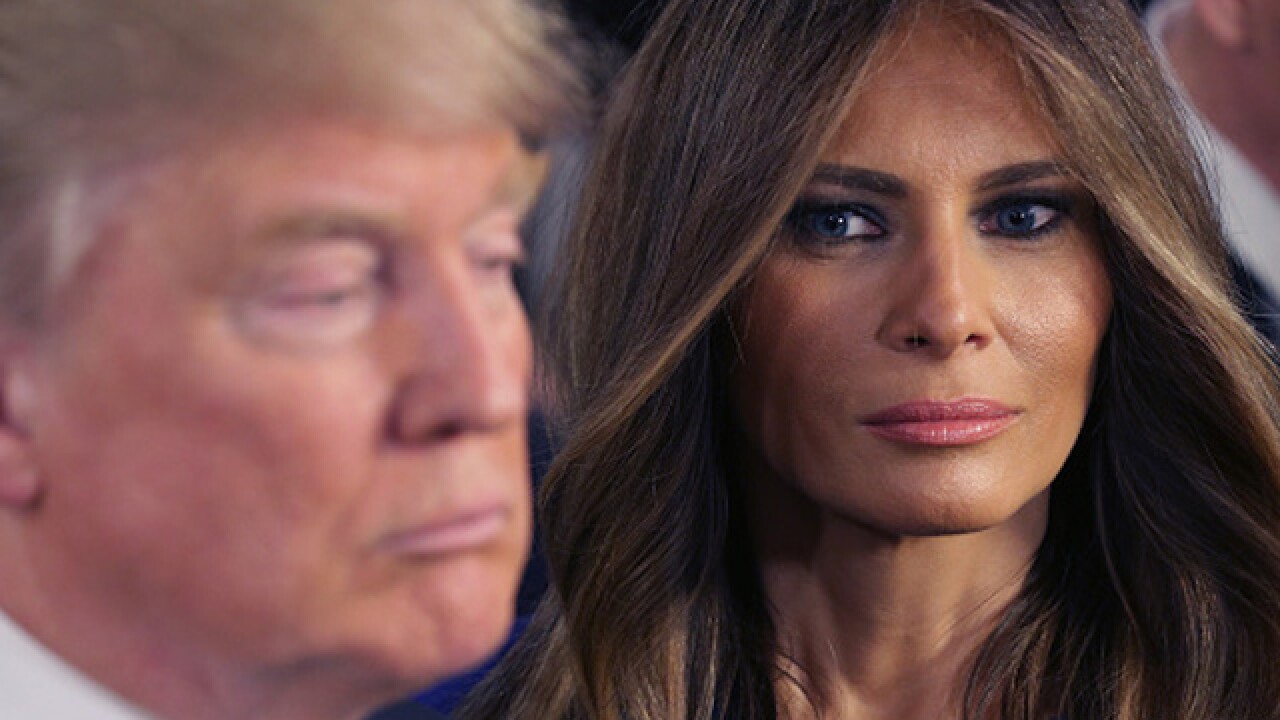 Copyright 2018 Scripps Media, Inc. All rights reserved. This material may not be published, broadcast, rewritten, or redistributed.
Chip Somodevilla
DETROIT, MI - MARCH 03: Republican presidential candidate Donald Trump and his wife Melania greet reporters in the spin room following a debate sponsored by Fox News at the Fox Theatre on March 3, 2016 in Detroit, Michigan. Voters in Michigan will go to the polls March 8 for the State's primary. (Photo by Chip Somodevilla/Getty Images)

First lady Melania Trump has been working behind the scenes at the White House for the past several days encouraging President Donald Trump to keep families at the US border from being separated, a White House official told CNN Wednesday.

Melania Trump has had several private conversations with her husband, the official said, pushing the President to do all he can stop children from being taken from their parents upon illegal entry into this country.

The first lady encouraged a swift legislative solution, yet she also advocated for the President to act alone to sign an executive order to immediately halt the division of families.

Trump did just that on Wednesday, reversing his debunked argument that he had no authority to stop separations of undocumented immigrant families at the border and signing an executive order to keep parents and kids together.

"My wife feels very strongly about it," the President said Wednesday afternoon from the Oval Office, immediately after signing the order. "I think anybody with a heart will feel strongly about it -- we don't like to see families being separated."

In the executive order he signed on Wednesday, Trump declared it is his administration's policy to "maintain family unity," including by detaining entire families together "where appropriate and consistent with law and available resources."

The order directs other agencies, including the Pentagon, to take steps to find places to house family units.

The order specifies that migrants entering the US with children will not be kept together if there's a fear for the child's welfare. Families will also be prioritized in the adjudication process.

Even so, the move is almost certain to face immediate legal action challenging the administration's authority to keep families detained at length.

The President was not required to sign anything to change the administration's practice that elicited outrage. He could have reversed the practice of splitting children from their parents with a phone call.