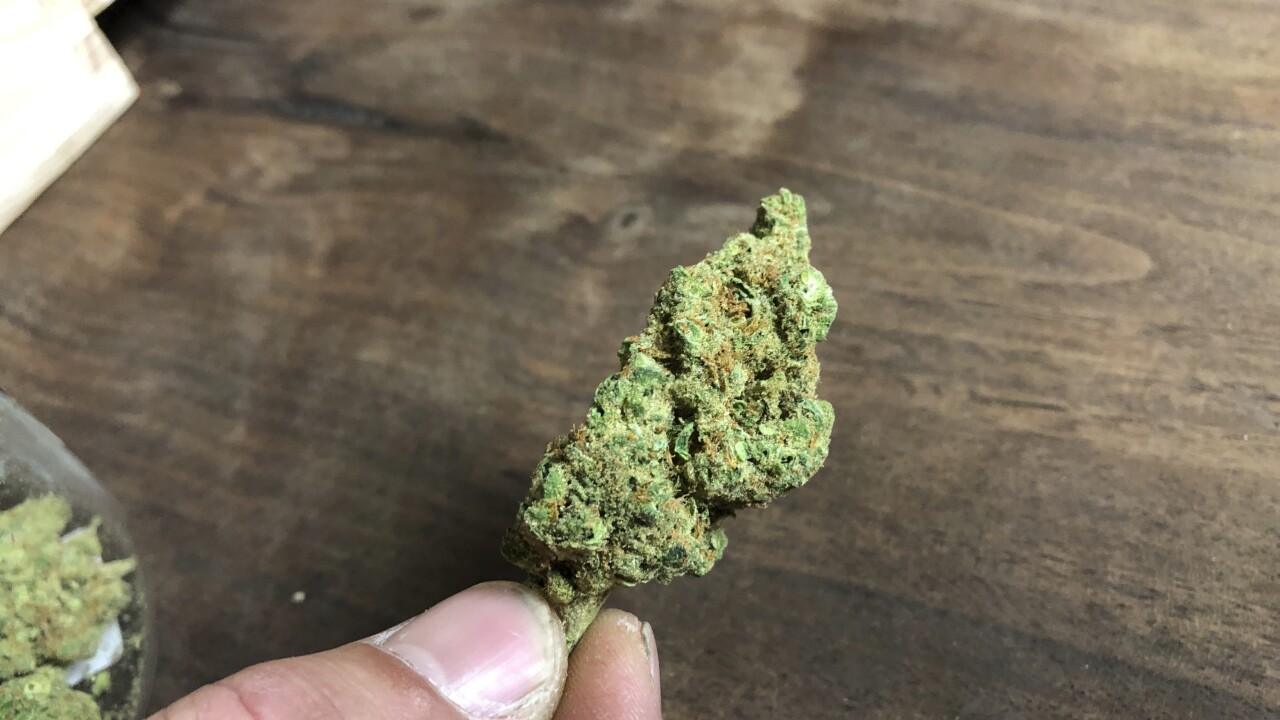 Sean Murphy/AP
In this Nov. 30, 2018 photo, medical marijuana dispensary owner Chance Gilbert displays some of the marijuana he's grown at the Oklahoma Roots dispensary in the bedroom community of Shawnee, about 40 miles east of Oklahoma City. The roll out of statewide medical and recreational programs typically is a grindingly slow process that can take years. Not so in Oklahoma, a Bible Belt state that moved with lightning speed once voters approved medical cannabis in June, 2018. (AP Photo/Sean Murphy)

Oklahoma voters approved a medical marijuana state question in June , and the industry has taken off quickly . More than 30,000 Oklahoma patients and nearly 900 dispensaries already have been licensed.

The Oklahoma Medical Marijuana Authority has generated more than $10 million in licensing fees.